We all know John Kerry has been sliding in the polls.

Well it just gets worse from here!

The folks over at Democratic Underpants have been all over Poland Springs like Michael Moore at a Chinese buffet.

Apparently (or allegedly), the spring water peddling rats have been depleting aquifers.

Now, take a gander at what John Kerry's been drinkin': 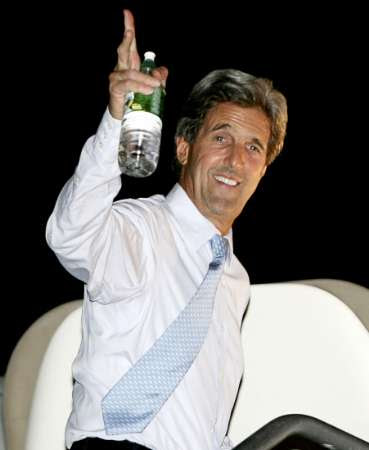 In fact, Nestle, who own Poland Springs, have been sued for making false claims about their product.

Also, Nestle has been roundly criticized for their factory conditions and baby formula policies.

And oh yeah, Nestle is headquartered in Switzerland.

Posted by Tim at 15:49
Email ThisBlogThis!Share to TwitterShare to FacebookShare to Pinterest