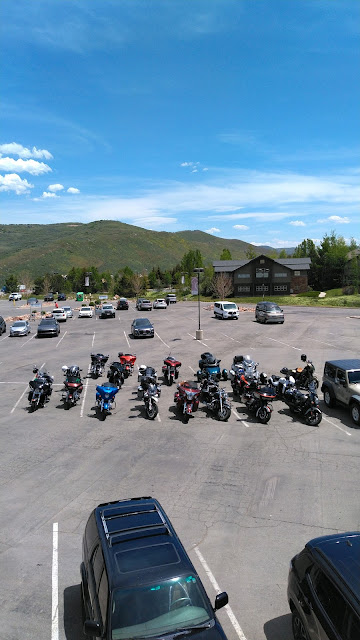 Posted by Ragin' Dave at 17:39 No comments:
Email ThisBlogThis!Share to TwitterShare to FacebookShare to Pinterest
Labels: Personal crap

Another long day of driving.  Back to the grind.

Get ready for your engines to blow up

Because the Biden junta is pushing their radical eco-freak ideology through the EPA now.

Last Friday the Biden administration raised the mandatory amount of biofuel, specifically ethanol, that must be blended within the U.S. gasoline supply.  The previous amount of 10% (summer blend) was raised to a year-round 15% (waiver) by the Environmental Protection Agency (EPA).  This is likely to lead to two sets of bigger issues, less food and higher gas prices.

Look, gasoline engines are designed to run on GASOLINE, not alcohol.  You add too much alcohol and you're going to start blowing seals and gaskets and other important things that your engines need.  You're going to see the fuel system start to corrode, or get filled with brown glop as the alcohol starts to hold on to water, or coat your fuel system with varnish.

And that doesn't even begin to address the problem that you cannot get the energy OUT of ethanol that you used to create it.  So for every gallon of ethanol, you have to burn MORE than a gallon of oil to produce it.  So where's the benefit?  It doesn't exist, except for the politicians and the people who trade them.

And of course this is being done through dictatorial fiat via the EPA.  Every three letter agency in D.C. needs to be nuked.

Posted by Ragin' Dave at 10:50 3 comments:
Email ThisBlogThis!Share to TwitterShare to FacebookShare to Pinterest
Labels: Burn It To The Ground, Governmental Insanity

That about sums it up 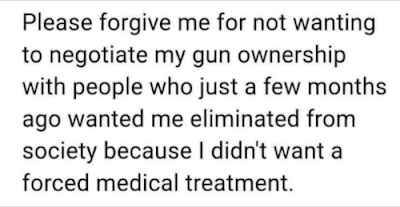 Seventy-eight years ago, Americans, Canadians and Brits assaulted German held lines on the coast of France.   I can't imagine what it would have been like to try charging fortified positions when you're running out of the ocean and trying to crawl through hell, all while bullets blow your buddies to pieces in front of you.  But they did it.

I've had the opportunity to speak to some WWII vets during my career.  The crap they went through makes any hardship we modern troops deal with seem like cupcakes and tea.  I considered it an honor just to be at the same table with them.

I'd like to think that if push came to shove, Americans could do it again if we needed to.  Sadly, after the past decade, I'm second guessing myself.

Posted by Ragin' Dave at 16:07 No comments:
Email ThisBlogThis!Share to TwitterShare to FacebookShare to Pinterest
Labels: American History

Long day.  Hell, it was a long day yesterday too.  I'd say that I'm getting too old for this shit, except for the fact that it seems to be that the older I get the more is expected.

Rank hath its privileges, and all that rot.

Anyways, I'm off to spend a fuckton of money on gasoline for this trip.  Fuck Joe Biden and fuck everyone who voted for him.  They deserve to be sodomized with an oil hose.