Check out this puppet's cue cards 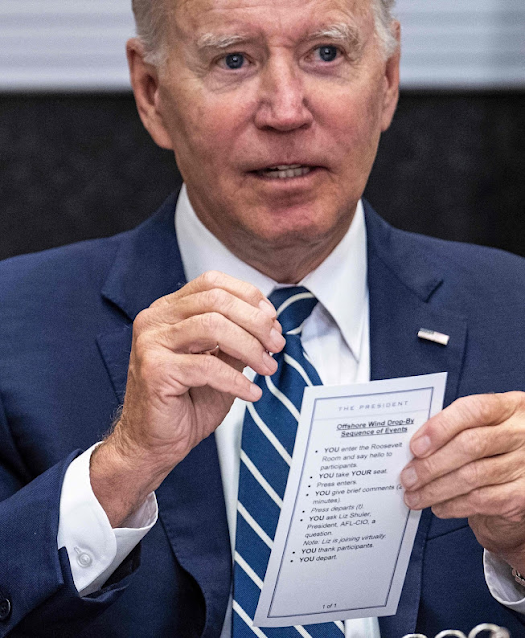 Go ahead.  Zoom in.  This is the puppet they installed in the White House.  Unfucking real.  I bet he wasn't supposed to show that.

Posted by Ragin' Dave at 01:49 3 comments:
Email ThisBlogThis!Share to TwitterShare to FacebookShare to Pinterest
Labels: Biden is a puppet

And yeah, this is the first time I've been able to sit down at my computer today.

Posted by Ragin' Dave at 21:08 No comments:
Email ThisBlogThis!Share to TwitterShare to FacebookShare to Pinterest
Labels: Oh HELL yeah

Posted by Ragin' Dave at 01:00 No comments:
Email ThisBlogThis!Share to TwitterShare to FacebookShare to Pinterest
Labels: Must View

Posting this here for later use

Here's a doctor writing about the reasons people don't need the vaccine.

Given that I'm going to have to write an appeal when my accommodation gets denied, the more info I have the better.  So this is pretty much just so I have it on hand.

Posted by Ragin' Dave at 21:18 No comments:
Email ThisBlogThis!Share to TwitterShare to FacebookShare to Pinterest
Labels: The Vaccine is the Virus

The jab is doing what it was meant to do.  Kill people.

Five months after breaking the story of the CEO of One America insurance company saying deaths among working people ages 18-64 were up 40% in the third quarter of 2021, I can report that a much larger life insurance company, Lincoln National, reported a 163% increase in death benefits paid out under its group life insurance policies in 2021.

This is according to the annual statements filed with state insurance departments — statements that were provided exclusively to Crossroads Report in response to public records requests.

The reports show a more extreme situation than the 40% increase in deaths in the third quarter of 2021 that was cited in late December by One America CEO Scott Davison — an increase that he said was industry-wide and that he described at the time as “unheard of” and “huge, huge numbers” and the highest death rates that have ever been seen in the history of the life insurance business.

The Kung Flu is making a comeback in Salt Lake County.  Plenty of vaccinated people coming down with it.  But people who bought into a delusion will never willingly give up that delusion.  I've said enough about it.

And here's a doctor compiling a list of all the various injuries caused by the jab.  I expect the population of this country to drop dramatically in the next few years as the jab wipes out entire populations.

Posted by Ragin' Dave at 18:36 No comments:
Email ThisBlogThis!Share to TwitterShare to FacebookShare to Pinterest
Labels: The Vaccine is the Virus

By having these pathetic ProgNazi cocksuckers who call themselves "Republicans" stab America in the back over and over and over.

Sen. John Cornyn (R-TX)  pledged on Tuesday to sell out the American people by trying to advance amnesty for illegal aliens after striking a deal on gun control.

After Senate Minority Leader Mitch McConnell (R-KY) tapped Cornyn to negotiate a deal on gun control, he now promised to move forward on a deal on amnesty.

These god-damned shitbags are letting you know what they're going to do when the GOP wins the house and/or the Senate.

THEY ARE SAYING IT RIGHT NOW.  THIS IS WHAT THEY ARE PLANNING.

And they wonder why their voter base has a lower approval for them than they do for STDs?  Gun control?  And of course amnesty for all the illegal wetbacks who are in America, raping the children that Americans don't want to rape and killing the Americans that Americans don't want to kill.  Amnesty has been the GOP establishment's wet fucking dream for decades.  It's why I left the Republican party back in the early 2000's.  Because if the party is so fucking tone-deaf that they're going to push for Amnesty despite their members rejecting it wholesale, then what's the fucking point of being a part of that party?  They already tell you what they think of you.

John "I fuck my voters up the ass" Cornyn got booed in Texas.  Good.  Now let's see Texans primary his ass out.  I bet they won't.

This is why this country is fucked.  Because the Leftist hate America, and the back-stabbing two-faced traitorous pieces of shit in the GOP do as well.  The ten so-called Republicans who pieced this anti-Constitutional piece of garbage together deserve to be tarred and feathered then run out of town on a rail.

Gah, after another shitty fucking night of sleep where some damn alarm was going off outside at 0300?  I did not need this crap this morning.

Posted by Ragin' Dave at 07:10 No comments:
Email ThisBlogThis!Share to TwitterShare to FacebookShare to Pinterest
Labels: 2A, Immigración, Treason, We need more tar and feathers

A win for religious schools

They can't be denied the tax dollars that the government steals from you.

The Supreme Court ruled 6-3 Tuesday morning that government tuition assistance programs cannot discriminate against religious schools. The opinion is from Carson v. Makin, a case out of Maine.

When the government steals your money and then says you can't use it how you want, that's just theft.  It's about damn time that someone somewhere told the government to fuck off and start paying the religious schools.

Posted by Ragin' Dave at 21:22 No comments:
Email ThisBlogThis!Share to TwitterShare to FacebookShare to Pinterest
Labels: Gimme that Old Thyme Religion

I'm just in a fog

Can't sleep for shit.  And it's starting to show.  Gah.  I hate living here.  Between the wind, the allergies and the road noise....

I have two tabs open in my browser that I've been pondering over.  One is this musing by Mr. Porretto, where he considers America today with the abundance of diversity.  The other is this essay from a black man who looks at the Democrat Party actions with regard to Black Americans and concludes that the KKK couldn't do that much damage if they tried.

I've worked with Soldiers of all colors and creeds, and I have to say I follow Mr. Porretto's thoughts far more than those who think we can all get along and be happy.  And here's why:  One of the people I worked with, one of my favorite people, was a black guy.  Hard working.  Intelligent.  God-fearing Christian.  I loved working with him, and our office had just about as good a time as we could have when he was there.  And when he went back to his home town and walked around his grandmother's neighborhood, every black guy he grew up with turned their back on him, and said to their friends (and I'm quoting him here), "He ain't a real nigga."

So the majority of the black men he grew up with looked at this hard working, God-fearing NCO, a good, stand-up man, and disparaged him as not being authentically black.

That shows me right there that community is fucked.  And it's fucked in a way that nobody from the outside can repair.  Nobody can help.  They don't WANT help.  They want to wallow in ignorance and sloth, and when someone like my friend shows up, they disparage him and cast him out.  Because in order to be "authentically black", hard work isn't allowed.  Following the law isn't allowed.  Intelligence isn't allowed.  Wisdom isn't allowed.  Raising a stable family isn't allowed.

If anyone can tell me how someone like myself can peacefully co-exist with a group like that, I'd like to know.  Because I can see my friend's neighborhood replicated in just about every urban area.

And you can be damn sure I ain't going there.

Posted by Ragin' Dave at 18:27 No comments:
Email ThisBlogThis!Share to TwitterShare to FacebookShare to Pinterest
Labels: Modern Life

Just say "No". If necessary, use words. 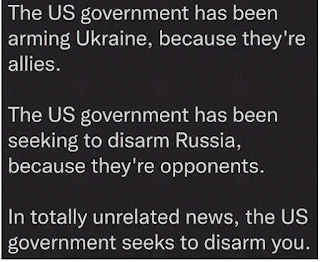