Maybe of you spent half as much energy protecting our border as you did trying to push ranchers off of their land so that you can make sweetheart deals with Chinese businessmen, you wouldn't have any protesters there at all.

Hey, you know who else could be called a "domestic terrorist"?  George Washington.  Thomas Jefferson.  Patrick Henry.  Knox, Adams, Franklin, and a whole lot of people who stood up to government tyranny and told the people who would lord over them to piss up a rope.

So fuck you, Harry.  Go fuck yourself sideways with a chainsaw, you Marxist cankersore.
Posted by Ragin' Dave at 22:35 No comments:
Email ThisBlogThis!Share to TwitterShare to FacebookShare to Pinterest
Labels: Democrats, Domestic Enemies, Fuck the Fucking Fuckers

That always struck me as just a bad name.  This is the day that our Lord and Savior died.  For those of you who aren't of the religious bent, perhaps this is the time for you to skip this post.

Ann Barnhardt has up a post that ties both Christmas and Easter together.  If you claim to be a Christian, I ask you to go read it.

As for me, I've spent quite a bit of Lend and most of Holy Week preparing and singing at my church. We take Lent seriously.  This is a time of repentance.  It's a time when we think about our many sins, and how Jesus took our sins to the grave with him, so long as we are willing to follow him and his teachings.

You have to ask yourself what you want more: the rewards of this life, or the rewards of the next.  It's really your choice.
Posted by Ragin' Dave at 23:21 1 comment:
Email ThisBlogThis!Share to TwitterShare to FacebookShare to Pinterest
Labels: Musings and Meanderings

Yay, I finally got my money back from the government, who's been using it as an interest free loan! 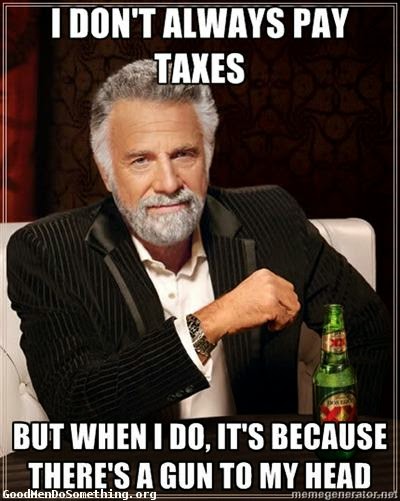 Paying off a few debts that we have instead of splurging.  I have to debt free by the time I retire, or the whole plan and shebang comes to a grinding halt.  Still I could have paid those debts off without the government taking my money and keeping it.

Photo courtesy of A Nod to the Gods.  I recommend going and reading that post.
Posted by Ragin' Dave at 07:34 No comments:
Email ThisBlogThis!Share to TwitterShare to FacebookShare to Pinterest
Labels: Death and Taxes

One of those days

I spent most of yesterday ready to blow.... 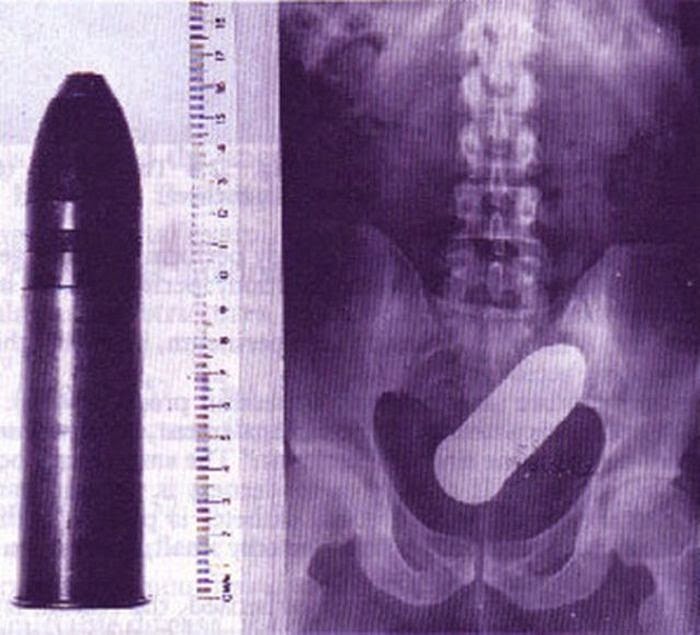 (Wha?  No, that ain't me.  That's a graphical representation of what my day felt like.)

Got a CD the other day

Someone gave it to me.  They didn't need it or want it in their collection anymore, I guess.

Damn, I forgot just how much I enjoyed this band.

Good music to crank up in the car.
Posted by Ragin' Dave at 19:39 No comments:
Email ThisBlogThis!Share to TwitterShare to FacebookShare to Pinterest
Labels: Real Music

Look, there's a reason so many pot-heads vote Democrat

For the first time, researchers at Northwestern University have analyzed the relationship between casual use of marijuana and brain changes – and found that young adults who used cannabis just once or twice a week showed significant abnormalities in two important brain structures.

“For the NAC, all three measures were abnormal, and they were abnormal in a dose-dependent way, meaning the changes were greater with the amount of marijuana used,” Breiter said.  “The amygdala had abnormalities for shape and density, and only volume correlated with use.  But if you looked at all three types of measures, it showed the relationships between them were quite abnormal in the marijuana users, compared to the normal controls.”

Because these brain regions are central for motivation, the findings from Northwestern help support the well-known theory that marijuana use leads to a condition called amotivation. Also called amotivational syndrome, this psychological condition causes people to become less oriented towards their goals and purposes in life, as well as seem less focused in general.

Given these eye-opening results,  Breiter said that more research is needed to look into marijuana’s effects on the brain – even in those who use the drug only once or twice a month.


Now, I know I'm going to piss some folks off with my anti-pot rhetoric.  But folks, if you're going home and lighting up a blunt every night, that's no different from going home and getting drunk every night.  THERE WILL BE NEGATIVE EFFECTS TO YOUR CONSTANT INTOXICATION.

With few exceptions, every pot-head I've ever known has been a hard core leftie.  Now, whether or not that's due to their drug use, or the mindset that goes with accepting getting intoxicated every day, or the culture that says it's fine to get intoxicated every day, I don't know, and we can have a lovely debate about that.  But you cannot expect to do a drug that messes with your brain, and have no side-effects from it.

THC is fat soluble, meaning it sticks around in fat.  Guess what organ in your body is two-thirds fat?  Hmmmmmmm.......  And unlike water-soluble drugs, you can't just flush it out.  Anything that gets you high is toxic in large enough quantities.  Allow it to build up in your system, and you're going to have some huge problems.  Allowing THC to build up in your system is like pretty much like taking stupid pills every day.

OK, enough of me harping for today.
Posted by Ragin' Dave at 20:47 5 comments:
Email ThisBlogThis!Share to TwitterShare to FacebookShare to Pinterest

There are times when I forget that I have a convertible vehicle, and the back panel is off.  One of those times was when I was stuck behind some brain-dead idiot who was parked in the middle of an intersection with the green light.

"GO, YOU FRICKING MORON!  YOU HAVE THE RIGHT OF WAY!  IT'S A GREEN LIGHT!"

I had forgotten that with all the windows down and the back panel off, people can hear me.  As this guy's head jerking around proved.

Ah, well.  Put the phone away next time, you fricking moron.