It's going to be a long day.  Hell, a long weekend.  There will be much coffee consumed.  Do feel free to tell me what stupid crap the Left is doing while I'm out making sure that asses can be kicked at some point when needed.
Posted by Ragin' Dave at 04:58 No comments:
Email ThisBlogThis!Share to TwitterShare to FacebookShare to Pinterest
Labels: Personal crap

Donald Trump yanks the Overton Window to where he wants it

So, about that 3000 deaths in Puerto Rico after Hurricane Maria....

Just read the comments above, and think about them.  The study did not count actual bodies on the ground, or look at how they died.  It calculated the total number of deaths in the period under discussion, and compared them to death tolls in the same period in previous years, then classified the discrepancy as "hurricane Maria deaths".  It did so without actual, physical evidence that the hurricane or its aftermath had actually caused the deaths in question - it simply assumed that.  This was a purely statistical analysis.


Emphasis in the original.  And as Peter Grant points out, this comes as Congress is doling out money for hurricane recovery, and Puerto Rico wants it's cash.  Of course, this being Puerto Rico, any cash we give them will disappear down a black hole of corruption, graft, greed, stupidity, banality and socialist assholery.

Here's my personal solution:  We give Puerto Rico everything they want.  Clear the debts.  Tabula rosa.  And then we tell them "Congratulations, you are your own country now!" and cut them off.  Let them do whatever they want to do.  Let them be whatever they want to be.  But they won't be America's problem any more.
Posted by Ragin' Dave at 07:27 No comments:
Email ThisBlogThis!Share to TwitterShare to FacebookShare to Pinterest
Labels: Nucking Futs, President Donald J. Trump, World Affairs

Transgenderism is mental illness presenting itself

So these numbers are not a shock to me.

One of the most celebrated groups in the mainstream media is transgendered people or people who suffer from gender dysphoria.

This lead to transgenderism becoming a fad that had many people claiming to be transgendered, especially among the young. However, data now shows that those young people who do embrace a life of transgenderism seem to have abnormally high suicide rates.

The study comes from the American Academy of Pediatrics, which reveals that half of those who say they are transgendered attempt suicide at a rate of near or at 50 percent:


Liberals want to pretend that the desire to cut off your genitalia is somehow normal and good.  This is because Liberals are mentally ill, and like a drug addict defending the use of drugs by someone else, they must defend the mentally ill behavior of others in order to justify their own actions.

But treating a mentally ill person by encouraging their mental illness only causes more harm.  It's time to stop encouraging people in their illness, and help guide them to actions that can actually help them recover.
Posted by Ragin' Dave at 17:39 No comments:
Email ThisBlogThis!Share to TwitterShare to FacebookShare to Pinterest
Labels: Culture Wars, Modern Life 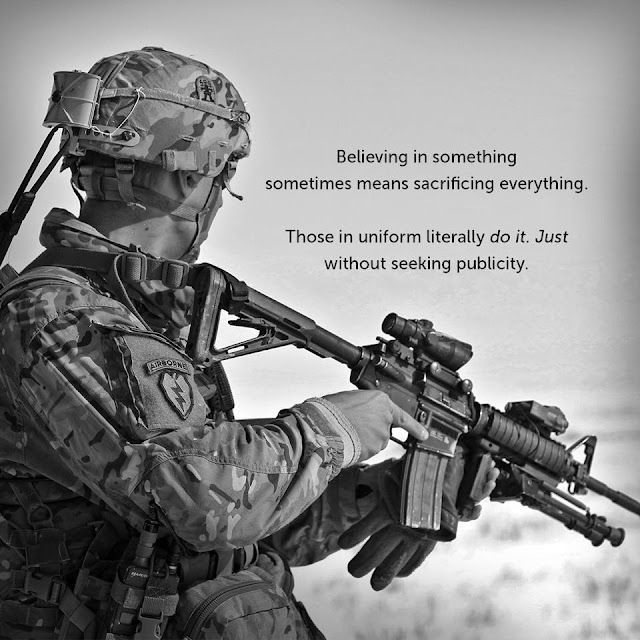 Posted by Ragin' Dave at 07:22 No comments:
Email ThisBlogThis!Share to TwitterShare to FacebookShare to Pinterest
Labels: Fuck the Fucking Fuckers

This is what Google thinks of you

Co-founder Sergey Brin can be heard comparing Trump supporters to fascists and extremists. Brin argues that like other extremists, Trump voters were motivated by “boredom,” which he says in the past led to fascism and communism.


Uh huh.  Tell me more, you leftist paragon of everything wrong with allowing Leftists to operate massive computer companies.

VP for Global Affairs Kent Walker argues that supporters of populist causes like the Trump campaign are motivated by “fear, xenophobia, hatred, and a desire for answers that may or may not be there.”


These closeted, bubble-living ProgNazis actually think they are better than you in every way.  Act accordingly.
Posted by Ragin' Dave at 06:44 1 comment:
Email ThisBlogThis!Share to TwitterShare to FacebookShare to Pinterest
Labels: Fuck the Fucking Fuckers

Being from the North, I had not really understood what that meant.  I mean, I saw geese and ducks migrating, and bald eagles migrating, and various other animals heading either North or South depending on the season.  But we saw a few extra hummingbirds around the feeders this week, and we were told it's hummingbird migration season, and we should put out extra food because they eat as much as possible before they head out.

So, ok, let's grab a couple more feeders, put 'em out and see if we can attract one or two more birds.

The Ragin' Mrs set up her iPad yesterday and recorded about an hour and a half of hummingbirds swarming the three feeders in the back yard.  Rough guess, we had at least thirty different birds coming by.  They drained a full-sized feeder in two days, and that's with other feeders still hanging around the house being hit.  Folks downtown are reporting hundreds of hummingbirds in one area, and I figure it'll get a bit more crazy before they pack up and head further South.

Also - hummingbirds are mean little bastards to each other.  On the video we got, you can actually hear the birds colliding as they go after each other for the best feeding spot.  Lots of twitter-chitter and other noises.  Fun to watch.
Posted by Ragin' Dave at 07:44 No comments:
Email ThisBlogThis!Share to TwitterShare to FacebookShare to Pinterest
Labels: Random Crap

I don't even know if I should post this

Given that half of this country has fallen back asleep.

The media made damn sure nothing interrupted their narrative, didn't they?  How long has it been since you last saw people jumping to their deaths from the Twin Towers in order to avoid an even worse death of being burned alive?

Do you even remember what it felt like that day?

Those people are still out there, waiting for their chance to strike again and kill as many Americans as possible.  The TSA won't stop them.  The government won't stop them.  Hell, the government can't even stop the mass flood of illegal aliens that continue across the border on a daily basis.  And let's face it - half this country would welcome in the killers and embrace them.

Transgenderism is a mental illness

Thankfully, it's an illness you can recover from.

As the transgender craze continues to grow, more and more people are discovering that they've been sold a bill of goods. After "transitioning" from one gender to another, people begin to reverse the process and "detransition." PJ Media spoke with Walt Heyer, a man who identified as a woman for eight years, who has helped "literally thousands" rediscover their birth sex after living as transgender. One famous former transgender described transgenderism as "bullish*t."

"In the ten years or so that I've worked with people, 100 percent — every single last one of them — has had some kind of event — traumatic, painful, horrible, some sexual, some physical, some emotional — happen to them, sometime between the ages of 4 and 15, that caused them to not want to be who they are," Heyer told PJ Media.

"If we look at the evidence, we're actually manufacturing transgender kids by affirming them and giving them makeup," he said. Worse, this often papers over deep psychological trauma, and the LGBT movement insists these people don't need therapy.


Given that many of the LGBT community are gay because of trauma that happened in their childhood, but they now have their entire identity wrapped up in their sexuality, therapy that strips them of their chosen identity is considered bad.

"There's a lot of people out there who are desperate to get help," Heyer said. "The LGBT activists are not going to help them."


By their acts you shall know them.
Posted by Ragin' Dave at 19:39 No comments:
Email ThisBlogThis!Share to TwitterShare to FacebookShare to Pinterest
Labels: Culture Wars, Modern Life

The Ragin Mrs. is a wheelgun kinda gal, so semi-autos aren't something with which she has a lot of experience.  For one, she's unused to the kick of a sub-compact.  Hell, lots of folks are unused to the kick of a sub-compact, but she was a bit more startled by it due to her experiences with her .38 Special.  Still, she got to try out three different guns (four if you count my carry piece) and figure out a bit more just what she's looking for.

Also, there was more gun shopping, which is to say a whole lot of holding guns, testing how they feel in the hand, drooling over the $5,000 custom 1911, but no actual buying of guns.  Because budget.

I also cut down a few small trees next to the house so we can begin setting up a range for my .22LR pistol.  The Mrs. wants the ability to go out and put some rounds on target so she's more confident with a larger gun.  I have the targets.  Now I have the space.  Although it was raining like crazy yesterday, so no bang bang yet.  Plus it was humid as hell.  Because Mississippi.  I've never seen moss grow on metal before until I got here.

This is going to be a busy couple of weeks, and then I'll be taking more leave at the end of the month.  I gave back a couple of days of leave last year.  That's not happening again.
Posted by Ragin' Dave at 07:21 No comments:
Email ThisBlogThis!Share to TwitterShare to FacebookShare to Pinterest
Labels: Personal crap
Newer Posts Older Posts Home
Subscribe to: Posts (Atom)