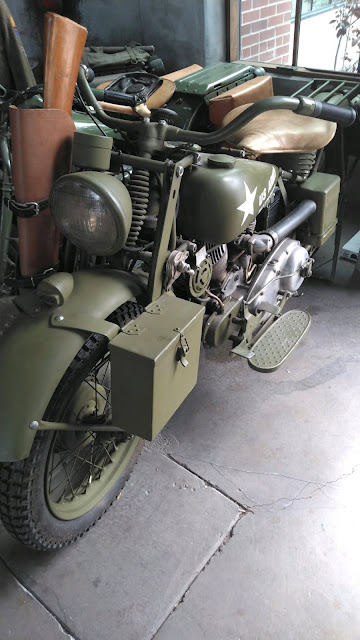 This was at the Legends Motorcycle Museum in Springville, UT.  The Mrs and I took part in a charity ride for an organization that fights Veteran suicide.  Saw this bad boy, and a few other old Army motorcycles.  Drooled.

Yeah, I know that riding a bike like that is like getting kicked in the nuts repeatedly at 50 mph, but I still want it.

Another Lieutenant Colonel resigns rather than accept sub-standard leadership.

I can't say I blame him, but I wish he would have stayed and fought the good fight.

Here's the thing.  I ain't getting the jab.  I'm going to stay in until they kick me out, and I'm probably going to collect GOMORs like trading cards.  That would be a General Officer Memorandum Of Reprimand, for you civilians out there.  Basically, a general officer writes how disappointed they are in you for something you did or didn't do, and it's a career killer.  But I'm retiring, so fuckem.  My career is already over, as I've set the wheels in motion to end it all on my own.

But the entire time they're kicking me out, I'm going to describe in no uncertain terms why the US Government is a bunch of evil and idiotic fuckheads, why the jab mandate is a ethical and moral violation of the highest order, and why the jab doesn't even fucking work, so why are they forcing it?  And I might not reach everybody.  Hell, I know I won't reach everybody, because we have some true believers in my unit, especially in Clinical Operations.  But I'll reach quite a few people.  And a lot of those people are going to say "Dang, Sarge had some good points, and I really couldn't disagree with any of them....."

Remember, going against evil is not insubordination.  Reminding people to hold their leadership to account when said leadership has gone off a cliff and is currently smearing themselves in shit and bragging about it is NOT insubordinate.  It is expected.

Maybe LTC Hague felt that this was the best way to hold his leadership to account.  That very well might be.  For me, I'm staying until I either get kicked out, or my retirement happens according to my own plans.  But I'm going to be the squeaky wheel the entire time, and I'm going to make damn good and sure that people know that what the Army is doing is wrong.  And what the senior military "leadership" is doing is unethical, immoral, and unacceptable.

Posted by Ragin' Dave at 07:03 No comments:
Email ThisBlogThis!Share to TwitterShare to FacebookShare to Pinterest
Labels: Get Down With The Sickness, Military Life

How many lives could have been saved by just using Ivermectin here in the USA?

The graphs and data from the Johns Hopkins University CSSE database do not lie. On the contrary, they provide a compelling trail of truth that no one can dispute, not even the NIH, CDC, FDA, and WHO.

Just as Galileo proved with his telescope that the earth was NOT the center of the Universe in 1616; today, the data from India shows that Ivermectin is effective, much more so than the vaccines. It not only prevents death, but it also prevents COVID infections, and it also is effective against the Delta Variant.

Ivermectin works.  Hydroxychloroquine works.  But you're not allowed to have it, because that Dr. Mengle-wannabe Fauci says so.  Because then you would be cutting in to his profit margin if the not-vax wasn't forced on people "for their own good".

The not-vax is NOT NEEDED.  People can recover from the Peking Pox if you give them the right medicine.  But you're not being told that, are you?  Look at who the liars are, and remember that your life doesn't matter to them.  YOU don't matter to them.  You're just a pawn to them, and they don't care if you live or die.  But they'll damn sure make you bow your knees to them so they can keep their boot on your neck.

Posted by Ragin' Dave at 06:45 2 comments:
Email ThisBlogThis!Share to TwitterShare to FacebookShare to Pinterest
Labels: Get Down With The Sickness

FBI covered up for kiddy-diddler Larry Nassar while flat out making shit up against Trump.

The Effing-B-I doesn't deserve to exist, since it's actual function right now is to attack law-abiding Americans, protect Democrats, and cover up crimes of the politically connected.  Never trust a fed.  Period.  These are the same people who made up shit against Richard Jewel and destroyed his life, when he was the one who saved people's lives.

Might post something, might not, but I'm going to be running from now until I lay my head on my pillow sometime late tonight.  Blogroll is to the right.

Posted by Ragin' Dave at 07:33 No comments:
Email ThisBlogThis!Share to TwitterShare to FacebookShare to Pinterest
Labels: I'm busy so bugger off

Presented for your reading pleasure

An interview with a French vaccine expert who was sidelined for speaking out against the not-vax.

I am not anti-vaccine, because I wrote the vaccination policy for France for a great many years. But the problem is that the products they call “vaccines” for Covid-19 are not really vaccines. That’s my problem.

Posted by Ragin' Dave at 07:11 No comments:
Email ThisBlogThis!Share to TwitterShare to FacebookShare to Pinterest
Labels: Get Down With The Sickness

On that report about Thoroughly Modern Milley

I was talking to a buddy of mine, former Deputy G-3 at a unit a couple of PCSes ago.

Bob Woodward says Milley called the ChiComs.  Richard Grenell says he didn't.  I trust Grenell a whole lot more than I trust a lying sack of publicity-seeking shit like Bob Woodward, so I'm going to assume it didn't happen.

With that being said....

What happened online is what we've seen happen all too often on the Left:  A story comes out that confirms our biases, and it gets spread around the world in less than a second.  Now, that happened all the time when the Left told lies about Trump, or about anybody who wasn't to the right of Karl Marx.  But this?  This was people on the Right.

Thoroughly Modern Milley has done such a bang-up job that people on the Right are ready to believe the worst about him.  And why not?  This fucking douche-tool blathered on about "White Rage" while men who have sex with goats were outsmarting him and his entire team.  It takes a special level of arrogance, indoctrination and absolute cluelessness to allow a group of 7th Century pedophiles to beat you, but Milley managed it.

Couple that with the not-vax mandate, and I think everyone can see exactly why there might be a few folks upset with his pathetic so-called "leadership".  The only problem is that if he goes, we're going to get an even bigger piece of shit to replace him, because as of right now there's not a single four-star that can be trusted.  At least, not from what I can see.

Posted by Ragin' Dave at 07:02 No comments:
Email ThisBlogThis!Share to TwitterShare to FacebookShare to Pinterest
Labels: Fuck the Fucking Fuckers, Military Stupidity

Things that should make you shit yourself 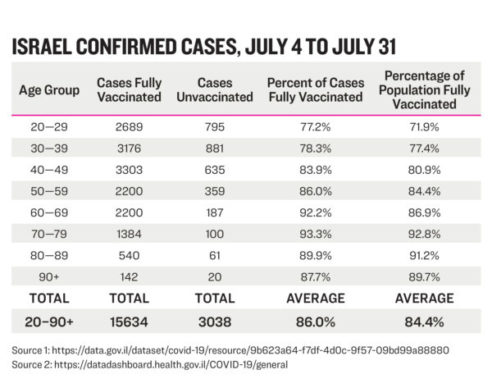 The cases of Covid in people who are vaccinated are HIGHER than the percentage of vaccinated people.

Posted by Ragin' Dave at 01:00 5 comments:
Email ThisBlogThis!Share to TwitterShare to FacebookShare to Pinterest
Labels: Get Down With The Sickness

Posted by Ragin' Dave at 20:30 No comments:
Email ThisBlogThis!Share to TwitterShare to FacebookShare to Pinterest
Labels: Real Music

What a pathetic fucking clown show.

While President Joe Biden is using a legally questionable statute to enforce what is essentially a vaccine mandate on the American workforce, members of Congress, their staffs, and anyone who works in Congress will reportedly be exempt from the mandate.

It's long past time to burn down that corrupt cesspool of evil.  How much more to people have to see in order to be convinced that this entire scamdemic has been one big bullshit hoax?  "Oh, it's like SO TOTALLY IMPORTANT that you get vaxxed, but these Congressional staffers?  Yeah, they don't need it because TOTES science or something!"

Posted by Ragin' Dave at 07:15 3 comments:
Email ThisBlogThis!Share to TwitterShare to FacebookShare to Pinterest
Labels: Biden is a puppet, Congressional Stupidity, Progressive Fascism

Posted by Ragin' Dave at 07:12 No comments:
Email ThisBlogThis!Share to TwitterShare to FacebookShare to Pinterest
Labels: Personal crap

The Fed Can Only Print Money, Not Stuff To Buy