You want to know why the GOP is losing?

Because Bill Whittle is still just an extremely intelligent writer in California, instead of building policy for the Republican Party.

The moment the GOP starts listening to Whittle, they'll start winning again.
Posted by Ragin' Dave at 21:51 No comments:
Email ThisBlogThis!Share to TwitterShare to FacebookShare to Pinterest
Labels: Must View

Tolerance is no longer sufficient

The Government WILL force you to suppress your nasty Christianist views, one step at a time.


First we had the New Mexico photographer who was told by the NM Supreme Court that she would have to support same-sex marriage "as a price of citizenship". Even though same sex marriage isn't legal in New Mexico.

Then the baker in Oregon who was driven out of business (costing God alone known how many jobs, but eggs/omelets, nomesane?) and is facing "rehabilitation" (according to a City Council member) for not offering a "same-sex commitment ceremony" cake, even when such ceremonies are not recognized by the State of Oregon. No legal action will be taken against those militants who threatened her suppliers and other vendors (which are crimes, by the way), FOR THE TOLERANCE.

Now we have the city of San Antonio passing an ordinance that declares that anyone who opposes homosexuality isn't eligible for either applying for a city contract, but also banned for running for office (in, perhaps, an attempt to reverse this ordinance).

Never mind that there are entire religions that believe homosexuality is not just "wrong" but a sin. (Putting salt in your coffee is wrong, and killing your neighbor is a sin, just to make the distinction.) Never mind that religious expression is the VERY FIRST right protected in the Bill of Rights. Never mind that expressing an opinion about social and political issues is the second protection granted. Never mind that homosexuals have been granted protections and special treatment above and beyond mere "tolerance" in an attempt to "even the playing field".

This amounts to a religious test ("you are not allowed to apply for a job with or for the city if you actually believe what your religion says, unless your religion is The State" ), and may very well spark the reverse swing of the pendulum. This is active oppression of those who hold personal beliefs, regardless whether they have ever acted on those beliefs.

The problem is that there are a LOT of judges out there who would do everything they can to protect it, in the face of First Amendment suits. After all, citizens no longer have the right to sue their elected representatives in an attempt to force them to enforce the laws of the State. And, as I have already shown, the State has violated each of the first ten Amendments routinely and repeatedly.

But, by all means, let's add some more amendments to be ignored!
Posted by Drumwaster at 21:39 4 comments:
Email ThisBlogThis!Share to TwitterShare to FacebookShare to Pinterest

We must be close to hell

Because the Ragin' Mrs and I celebrated when it finally dropped below 100 degrees.

Well, and it is Los Angeles, so you know Satan is cruising the place on a Saturday night.
Posted by Ragin' Dave at 20:58 No comments:
Email ThisBlogThis!Share to TwitterShare to FacebookShare to Pinterest
Labels: Musings and Meanderings

Is he for this one before he'll be against it?

John Kerry is beating the drums of war against Syria, even though he eventually ran for President with his main platform being against the war in Iraq.

But there are concerns and strong reasons why I am against this war:

1) There is no up-side for the United States. None at all.

2) The choices are between (in this corner) the dictator who gassed his own people and Hezbollah, and (in the red corner) Al Qaeda and the Muslim Brotherhood. And if we just randomly blow shit up with cruise missile and air strikes, we'll piss off both sides AND the possible neutral parties who just wish everyone would knock off the fighting. Plus Russia and China, of course.

3) There has not only been no attempt to drum up support (as that Imperialist warmonger Bush did in his 16-month "rush to war" - getting both a UNSC Resolution and the AUMF from both chambers of Congress), our "smart diplomacy" team has managed to offend our closest allies on the planet to the point where Parliament refused the war request of the Prime Minister for the first time since the Revolutionary War (1782), and has exposed that poseur at #OccupyResoluteDesk as the failure he is. I mean, when an optometrist-turned-hereditary-dictator disses the President, common sense would be for the President to laugh it off, not send in "boots on the ground" (which Kerry was pushing for yesterday).

4) Since Obama has already stated that he will send in strikes even if Congress downvotes it, he is openly defying Congress to stop him, and when it turns out that those few missile strikes did no more to punish Assad than Clinton's missile strikes did to Saddam, the MSM will put the blame not on the head of Preezy "Don't call my bluff" McRedLine, but on the Republicans in the House.

5) The media is actively campaigning for this war (check out MSNBC), but they are faking up their anecdotal evidence. Does anyone else remember "Wag The Dog"?

6) It has been a policy of the United States since the end of WW2 that we will respond to the use of WMD with our own WMD. Chemical weapons are indiscriminate, pervasive and also serve as area denial weapons, and are, therefore classified as Weapons of Mass Destruction (as are biological weapons). The catch is that the only WMD the US currently holds are nuclear. Are we changing that policy, or will we go back to using it when we aren't fighting Muslims?

All that having been said, I find it repugnant and reprehensible to the nth degree that John "Seared" Kerry is offering to pimp out our soldiers and sailors and heroes to the highest bidder.

Where the fuck are all the "Not In My Name" and Code Pink and the Vagina Warriors and Martin Sheen and all those liberals who "ain't a-gonna study war no more"? Cindy Sheehan?

Rent them out? To whom? And to what purpose? Which side will we be dying for? And what happens if/when other nations (Russia, China, Iran, etc.) decide to join in, and which side will they be joining?

What happens when other small countries start rattling their sabers, especially after seeing how easy it is to set Obama off?
Posted by Drumwaster at 10:06 No comments:
Email ThisBlogThis!Share to TwitterShare to FacebookShare to Pinterest

In other news, water is wet.

I'm not going to blockquote it, you can go read all about how Obama said "I totally never said that Red Line bit, and you didn't build it anyway, and my credibility isn't on the line, and I don't need the Consitution" crap.

At this point, I am so ashamed of that lying piece of shit that I can't put it into words.  And the media, who's major occupation at this point is to fall on their knees and worship their Lord, God and Savior, the Black Jesus Obama, just lets him lie.

This is why we'll never have another Republican president.  The press is nothing more than the Democrat American Nazi Party propaganda machine, and the GOP is still playing tiddlywinks with them.
Posted by Ragin' Dave at 19:37 2 comments:
Email ThisBlogThis!Share to TwitterShare to FacebookShare to Pinterest
Labels: All Lies, Fuck the Fucking Fuckers, Obama, The Stupid Party

It's come to this

So, just to recap - a TV network run by a terrorist-linked organization is now a better broker of real actual facts than every other TV news program or channel other than Fox and Glenn Beck's Blaze.

Great.  Just great.
Posted by Ragin' Dave at 19:30 No comments:
Email ThisBlogThis!Share to TwitterShare to FacebookShare to Pinterest
Labels: The Media is not your friend


I hope this picture causes Granny Rictus to choke and die on her own hypocrisy.  The stupid cow.
Posted by Ragin' Dave at 20:01 No comments:
Email ThisBlogThis!Share to TwitterShare to FacebookShare to Pinterest
Labels: Dirty Fucking Hippy Losers, Hypocrisy thy name is Democrat 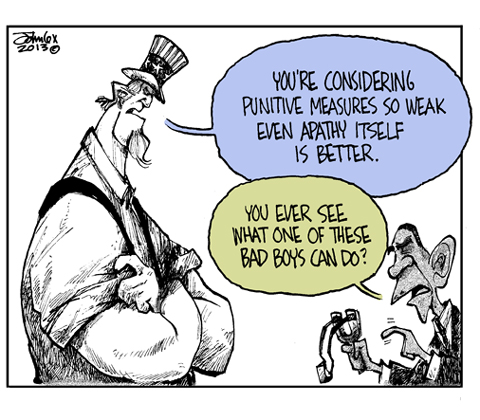 Posted by Ragin' Dave at 12:06 No comments:
Email ThisBlogThis!Share to TwitterShare to FacebookShare to Pinterest
Labels: Linky Love

Gosh, wouldn't it be nice if we had a president who wasn't a clueless, blithering clusterfuck on the world stage? 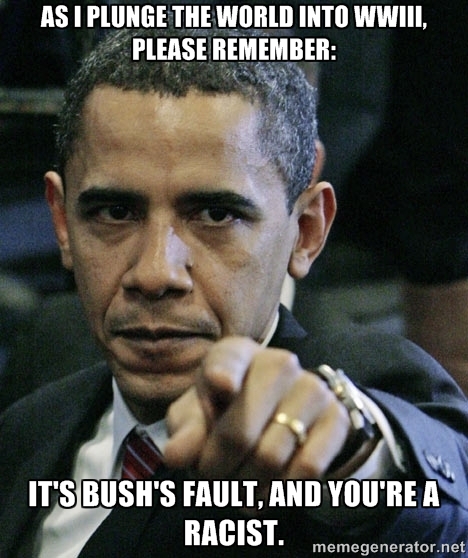 I can't wait to see the sheer amount of clusterfuck that Obummer is going to cause in the Middle East.
Posted by Ragin' Dave at 10:34 3 comments:
Email ThisBlogThis!Share to TwitterShare to FacebookShare to Pinterest
Labels: Complete Incompetence, Obama, World Affairs

Call to the Colors

You are the enemy.
You are not benevolent.
Your first goal is to disarm us.
Your second goal is to eliminate privacy.
Your third goal is to criminalize our opinions.
You want power for yourselves, and nothing else.
You believe yourselves entitled to rule us absolutely.
You routinely wish for the deaths of conservative figures.
You would have us forcibly “re-educated,” if you could pull it off.
You are trying to destroy all remaining restraints on the federal government.
You’re doing everything you can to criminalize disagreement with your agenda.
You accuse your political opponents of every foul crime and motivation in the book.
And you do it with a contemptuous smirk that says “You can’t stop us no matter what you do.”

I tried to grant you the presumption of integrity.
I can’t. You’ve forfeited all claim to decency or benign purpose.
The only difference between you and the Communists of North Korea is your skin tone.
From here to the end of my life, I will do all in my power to have you seen for what you really are.
Not decent people with different opinions about what’s best, or what means are acceptable.
Not persons agonized over America’s residuum of violence, or poverty, or racism.
Not neighbors peacefully willing to agree to disagree with other Americans.
You are none of those things.
You are the enemy.
You are villains.
Traitors.

If you dislike that, take it up with your fellow “Democrats.”
I will have no more of you.

Read the rest.  I've already discarded most of my extended family, as they are either self-avowed socialists or in other ways far off into the coo-coo-bird side of liberalism and progressivism.  I'm not going to surround myself with that kind of crap.

Posted by Ragin' Dave at 09:30 No comments:
Email ThisBlogThis!Share to TwitterShare to FacebookShare to Pinterest
Labels: Linky Love, Must Read

There is no way for us to win in Syria

If we bomb both of them, we piss off the terrorist shitheads that populate Syria.  Remember the Iraq war?  Remember the sheer numbers of "insurgents" pouring over the Iraq-Syria border?  You bet your ass I do.  Those people didn't just go away, you know.

So Obumblefuck is going to get us involved in a situation were there is no upside.  There's no way to win.  There's nothing that will advance US interests one.  Damn.  Bit.

So of course Obumblefuck is going to jump in head first, the clueless fucking dipshit.  Gawd, I can't stand the fact that this worthless fucking idiot is running the country.  Thanks, America.  You're going to get what you deserve good and hard.
Posted by Ragin' Dave at 09:24 No comments:
Email ThisBlogThis!Share to TwitterShare to FacebookShare to Pinterest
Labels: Complete Incompetence, Radical Islam, World Affairs
Newer Posts Older Posts Home
Subscribe to: Posts (Atom)