A public health official in Laredo, Texas, said 20 Congolese migrants are being monitored for Ebola in shelters in his city and across the Mexican border in Nuevo Laredo, Tamaulipas.

Shortly after his announcement during a Laredo City Council meeting, the World Health Organization (WHO) considered declaring a “global emergency” in response to a massive outbreak of Ebola in the Democratic Republic of the Congo.


You want to know how bad an ebola outbreak in American could be?  Go read this guy's take on it.  Ebola is scary shit, and if we allow it into this country because of our wide open borders, we won't have to worry about a civil war.  Huge chunks of cities will die.  Just...  die.  Horribly.

This ain't happy news.
Posted by Ragin' Dave at 07:32 No comments:
Email ThisBlogThis!Share to TwitterShare to FacebookShare to Pinterest
Labels: Well and Truly Fucked 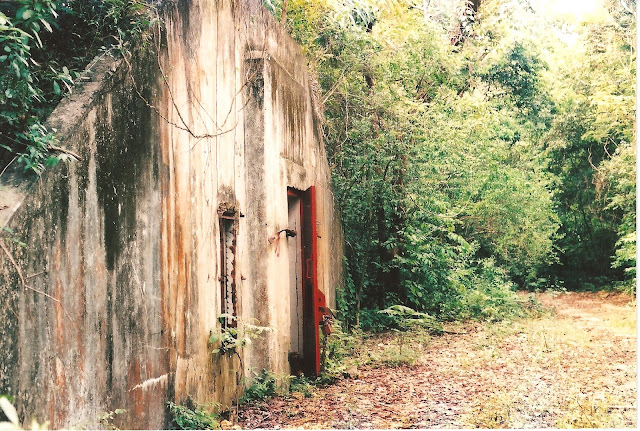 Posted by Ragin' Dave at 07:19 No comments:
Email ThisBlogThis!Share to TwitterShare to FacebookShare to Pinterest
Labels: Gimme that Old Thyme Religion

That's why E Pluribus Unum was so damned important, and it's why the Left is going to burn in hell for all eternity for destroying it.

For history's rare multiracial and multiethnic republics, an "e pluribus unum" cohesion is essential. Each particular tribe must owe greater allegiance to the commonwealth than to those who superficially look or worship alike.

Yet over the last 20 years we have deprecated "unity" and championed "diversity." Americans are being urged by popular culture, universities, schools and government to emphasize their innate differences rather than their common similarities.

Sometimes the strained effort turns comical. Some hyphenate or add accents or foreign pronunciations to their names. Others fabricate phony ethnic pedigrees in hopes of gaining an edge in job-seeking or admissions.

The common theme is to be anything other than just normal Americans for whom race, gender and ethnicity are incidental rather than essential to their character.


Identity politics will be just one of the many knives that stab this country to death.  I don't see any way of turning the clock back on this one; we already have people entrenched in the belief that their skin color or country of origin are more important than being American.  Anyone who puts a nation and a hyphen in front of "American" is proudly proclaiming that they are not American.  And if they're not American, they don't share the same values that Americans share, that have allowed us to live in close proximity with each other for the past 242 years.
Posted by Ragin' Dave at 07:51 2 comments:
Email ThisBlogThis!Share to TwitterShare to FacebookShare to Pinterest
Labels: The Death of America

Why Illegal Aliens are ready-made Democrats

It's not that its people are poorly educated, though that's a major issue, actually.  It's that a good look at that system shows that pretty much the only education they receive at all is Marxist indoctrination.  Combine that with sub-literacy, and the people who are the products of this system are as malleable as clay in the hands of leftist demagogues.

How very convenient for the leftist political parties there that produce such people.  And how even more convenient for Democrats up north, waiting to welcome them as they flee.


Please go read just what kind of Marxist shitholes the schools in Central America are, and then realize that the Left in America wants the very same thing for this country.

During a recent teachers strike in this Zapotec Indian town in the poor southern state of Oaxaca, parents who brought in replacement instructors discovered that the children hadn't been taught the words to Mexico's national anthem.  Instead, they had been trained to sing a popular leftist song which acts as an unofficial anthem to a local chapter of the teachers union.

"We don't know the words to the Mexican anthem," said Leticia Diego, a student, apologizing to a visitor one recent morning.  About a dozen seventh-graders then shyly sang the leftist anthem, "The People United Will Never Be Defeated."


Public Education is a scourge on this earth, a disease that infects whole societies and destroys them from within.
Posted by Ragin' Dave at 07:05 No comments:
Email ThisBlogThis!Share to TwitterShare to FacebookShare to Pinterest
Labels: Mexico, Publik Skool, Slimy Shit-sucking Leftists

For the past week or so, I've been waking up at 0300.  Just destroying my REM sleep.  Don't know why.  Can't figure it out.  But it's playing hell on my workout schedule, when I can't drag myself out of bed in the morning.

Posted by Ragin' Dave at 06:47 No comments:
Email ThisBlogThis!Share to TwitterShare to FacebookShare to Pinterest
Labels: Personal crap

Remember that the Democrats support @IlhanMN, who hates you.

Remember that the Democrats support @RashidaTlaib, who hates you.

Remember that the Democrats support @AOC, who hates you.

Posted by Ragin' Dave at 06:00 No comments:
Email ThisBlogThis!Share to TwitterShare to FacebookShare to Pinterest
Labels: Democrats, LeftHate, This is who they are

This is deliberate.  The Left, which controls academia, do not want educated, moral people.  They want amoral, easily controlled drones, and that's what they produce.
Posted by Ragin' Dave at 06:59 No comments:
Email ThisBlogThis!Share to TwitterShare to FacebookShare to Pinterest
Labels: Higher Mis-education, The Death of America, Well and Truly Fucked

Why do I call the Left in America anti-American?  Because they show it through their actions.

Is there a classier lady anywhere than Shannon Slutman, widow of FDNY firefighter Christopher Slutman — killed by a roadside bomb in Afghanistanwhile serving as a US Marine Corps reservist?

No, there is not.

Meanwhile, is there a bigger dope than Assemblywoman Deborah Glick, the pandering jerk from Greenwich Village who was hard-pressed to find a few bucks to help send Gold Star kids to college — while lavishing millions on scholarships for the offspring of New York’s legion of illegal, um, ­arrivers?


My parents were big on telling us that in order to find out what people are like, watch what they do when they think nobody is looking.  My mom was fond of saying that the real person comes through when they're driving or playing sports.  In today's age, you have to look at what they say when they think that only their allies are listening.

Vote accordingly.  But more importantly, buy ammo.  Buy guns.  Because this country will not live forever, and the rule of law doesn't matter to the Left.  They WILL come for you, sooner or later.  They always do, once they gain power.  And the GOP is so weak and spineless that they won't stand in the way of the Left once the Left gains power once again.
Posted by Ragin' Dave at 23:00 No comments:
Email ThisBlogThis!Share to TwitterShare to FacebookShare to Pinterest
Labels: anti-American, Democrats, This is who they are

I would be willing to bet that the Notre Dame fire wasn't an accident.

Because it's not the first church fire of the year.  Or the month.  Or even the week.

A dozen Catholic churches have been desecrated across France over the period of one week in an egregious case of anti-Christian vandalism.

The recent spate of church profanations has puzzled both police and ecclesiastical leaders, who have mostly remained silent as the violations have spread up and down France.

Last Sunday, marauders set fire to the church of Saint-Sulpice — one of Paris’ largest and most important churches — shortly after the twelve-o’clock Mass.


France has imported millions of muslims over the past couple of decades, and surprising nobody with a brain, they've refused to assimilate.  Part of that is because European countries don't assimilate people into their nation very well at all, and part of it is because Islam is a backwards, 7th-century death cult who have spent centuries inbreeding their IQ down to retardation levels.

But we've had islamic sub-humans murdering priests, attacking Jews and vandalizing churches and jewish temples for years now.  We've had churches desecrated all over France.  We have Jews leaving France for fear of their lives.  We've had musloids rioting and burning cars in Paris on an annual basis.

Do I have any proof that the Notre Dame fire was caused by musloids committing arson?  No, I don't.  But I wouldn't put it past them.  This is the same religion that blew up thousand-year-old carvings of Buddha in the name of their religion.  They've destroyed churches and Christian cemeteries all over the Middle East.  Does anyone think that they wouldn't burn down one of the most iconic cathedrals if they had a chance?

I personally do not believe that the Notre Dame fire was an accident.  And I certainly am not alone in this.  YMMV.
Posted by Ragin' Dave at 06:14 2 comments:
Email ThisBlogThis!Share to TwitterShare to FacebookShare to Pinterest
Labels: Gimme that Old Thyme Religion, Islam, World Affairs

It saddens my heart.

It's also a good metaphor for the Catholic Church in Europe.  Irreplaceable treasures going up in smoke.
Posted by Ragin' Dave at 19:37 No comments:
Email ThisBlogThis!Share to TwitterShare to FacebookShare to Pinterest
Labels: Gimme that Old Thyme Religion, World Affairs

Got a day at home today

That's what happens when an oak tree that's four feet across comes down on your building, knocking a hole in the roof, tearing a gash down the side of the building, and knocking out power.

Luckily, all it took was the roof off of a store.