Got the meat all cut up and seasoned

Gonna grind it up this morning, stuff it into casings, and then smoke it for about six hours with pecan.  While the meat is smoking with pecan wood, I will be smoking with a Padron my brother sent me for my birthday a while ago.

The Mrs will be doing some running around, apparently.  Got things to purchase for the house, like small canning lids.  My extent of going outside the house is to the backyard to feed the smoker.

As for me, other than a shower to make me feel better, I'm not doing a damn thing I don't want to do. 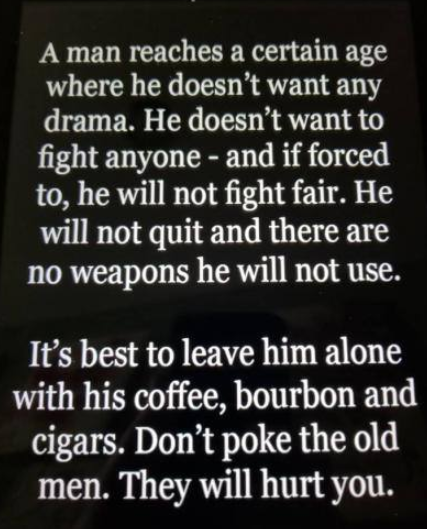 By the way, Epstein didn't kill himself, and modern "journalism" is nothing but socialist propaganda pushed out by the foulest examples of humanity that can be put on air.
Posted by Ragin' Dave at 09:00 No comments:
Email ThisBlogThis!Share to TwitterShare to FacebookShare to Pinterest
Labels: Personal crap

I feel like a can of smashed assholes right now

Four weeks in a row caught up to me yesterday.  I'm thinking about a nice hot epsom salt bath today.

And then off to buy pork to make andouille and brats and Italian sausage.  Because hell with laying around. 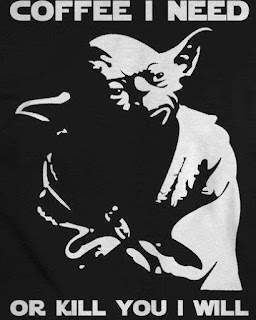 Posted by Ragin' Dave at 08:36 No comments:
Email ThisBlogThis!Share to TwitterShare to FacebookShare to Pinterest
Labels: Personal crap

Republicans slammed Fairfax County Sheriff Stacey A. Kincaid, a Democrat, for ending an agreement with Immigration and Customs Enforcement (ICE) last year but wound up not running anyone against her in Tuesday's election.


When I was stationed in Richmond, I would listen to the political talk radio while I drove to work.  Well, on the days I wasn't riding to work.  And my takeaway about the Virginia GOP then was that they were a bunch of establishment RINOs who cared more about getting into the right cocktail parties than winning elections.

Lotsa never-Trumpers in VA, donchaknow.  Hardly surprising given that Northern Virginia is essentially D.C. suburbs, filled with various parasites, marxists, deep-state workers and other people detrimental to the continuation of the United States of America.

But I recall the 2016 primaries, and the VA GOP hated Trump.  The voters loved him, but the party establishment hated him.

So they haven't recovered from that, it seems.  Nor have they made any improvements.  The Virginia GOP is what happens when blue-bloods from Richmond morph into "Upper Class Twits of the Year".

And now Virginia is fucked.
Posted by Ragin' Dave at 07:50 2 comments:
Email ThisBlogThis!Share to TwitterShare to FacebookShare to Pinterest
Labels: The Stupid Party

Why are sports writers such marxist idiots?

Every time you turn around, there's another article being written by a do-nothing, know-nothing idiot who works for some "sports" journal or another, wondering why Kaepernick isn't hired, or blaming racism for Kaepernick not playing, or some other worthless bullshit like that.  None of this makes me think any better of Kaepernick at all.  Instead, I now regard sports reporters as some of the lowest journalistic pond scum.  The same people who howled and screamed at Tim Tebow for being a Christian are the people howling and screaming at the fact that nobody wants to hire a locker-room cancer who defenses figured out years ago.

"Oh, but he's totally a starting QB, Dave!"  Really?  That's why he got benched?  Defenses figured out that he can't throw on the run, and his default action is to run when there's a teeny bit of pressure in the pocket.  So you assign one guy to flush him out, another guy to run him down, and keep your secondary awake to pick up the wounded ducks he would float as he was running.

He was never a great quarterback.  He was just a stupid idiot who could run, and now that he's even older than he was, he can't run as fast as he used to.  But he hates America, and he loves to call this country racist, so sports "writers" slobber all over his afro and wonder why he doesn't have a job.

And no, I'm still not watching the NFL.  I'm just sick of seeing yet another garbage article about this particular dumb-assed piece of shit.
Posted by Ragin' Dave at 07:25 No comments:
Email ThisBlogThis!Share to TwitterShare to FacebookShare to Pinterest
Labels: Musings and Meanderings

They all knew that Jeffery Epstein was a pedo, and his pals were screwing little girls on Pedo Island.

Anytime some walking garbage bag full of shit tries to yak on about how Republicans somehow are at fault for sexual assault, just remember that THEY ALL KNEW.

They knew about Epstein, and Clinton, and all his Democrat pals.

They knew about Harvey Weinstein, and his rapes and sexual assaults.

They knew about Clinton, and his rapes and sexual assaults.

They all knew.  And they did nothing.  And now they're trying to blame you, and me, and every other decent person for the crimes that they committed, or that they helped cover up and ignore.

Posted by Ragin' Dave at 01:30 No comments:
Email ThisBlogThis!Share to TwitterShare to FacebookShare to Pinterest
Labels: Evil Does Exist, Hypocrisy thy name is Democrat, The Media is not your friend

I could see a little bit of me in the author's dad.  Squirrels on fire?  You don't even need to cook them after the hunt?  Let's do this!
Posted by Ragin' Dave at 07:05 No comments:
Email ThisBlogThis!Share to TwitterShare to FacebookShare to Pinterest
Labels: Linky Love, Random Crap

We're past three weeks in a row and working on four.  I damn near bit the head off of someone in the airport last night just for standing too dang close to the baggage carousel, because I couldn't even see my bags coming around.  Do we need to stand right at the edge of the carousel like cattle at a feed trough, hmm?  Apparently, yes.  And people also need to stand in the aisles, re-assembling their crap that they could have been re-assembling for ten minutes while the plane was taxiing to the gate, but no, that would have been to hard, so let's be mouth-breathers and hold everyone up while you rediscover basic motor control.  It's not like I've been cramped in this fucking sardine can for three and half hours.  I certainly don't need to use the latrine at all, no.  Just go ahead and take your time in the middle of the aisle.  Everybody else appreciates it!

Gah.  I bit my tongue so hard last night, on so many occasions, that I might not be able to talk today. 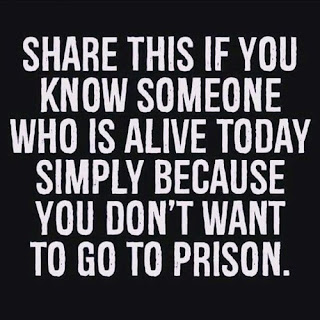 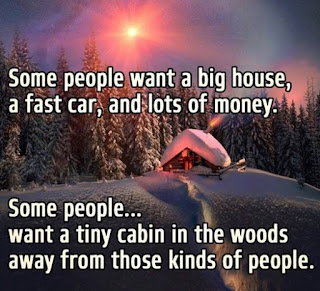 Posted by Ragin' Dave at 06:34 3 comments:
Email ThisBlogThis!Share to TwitterShare to FacebookShare to Pinterest
Labels: Musings and Meanderings

Columbus, OH is a very nice town.  Other than that university there.