Ribs on the smoker.  Beer in the fridge.  Life is good.

There will be cigars later.  Don't you wish you were in the same neighborhood as me?
Posted by Ragin' Dave at 09:14 No comments:
Email ThisBlogThis!Share to TwitterShare to FacebookShare to Pinterest
Labels: Personal crap

We have the facts on our side, folks.  Will we convince the gay black man who's screaming that Trump is a racist?  No.  His mind is gone.  He's a lost cause.  But everyone around him might still have a chance, and THEY are the ones who need to hear the argument.

NEVER BACK DOWN!  NEVER SURRENDER!  This one kid just showed more balls than all of the GOP "leadership" combined.  Paul Ryan, John Boehner, Mitch McConnell and the rest of the gutless spineless wimps would have curled up and cried after five seconds.

These kids didn't back down.

That's how it's done, folks.
Posted by Ragin' Dave at 19:24 No comments:
Email ThisBlogThis!Share to TwitterShare to FacebookShare to Pinterest
Labels: Election 2016

"The Left has abandoned the Gays"

Well, yes and no.

But No, because both the gays and the blacks in America don't care any more.

It doesn't matter what the Left does to blacks or gays.  The blacks and gays in American have bought into the Left's ideology hook, line and sinker.  And part of buying into that ideology means removing the ability to think for yourself, to deal with conflicting statements, to understand reality.  The gays and the blacks have essentially given up any vestige of free thought, and even worse they have made damned sure that the kids they are around never even have a chance to learn how to think at all.  They just regurgitate the latest DNC talking points ad nauseum.

The Left has abandoned the gays, but they made damn sure that the gays would keep coming back like an abused wife.  "Oh, but he didn't mean it!  Oh, but he loves me!"

...and the blacks and gays would still both turn out in droves to vote for the Left's candidate of the day.  And they would tell Conservatives that "It's OK when they do it!"

You know it's true.
Posted by Ragin' Dave at 15:53 No comments:
Email ThisBlogThis!Share to TwitterShare to FacebookShare to Pinterest
Labels: Modern Life

That’s the thing. Normals all know the drill now. President Obama could walk out of the White House, shoot a couple of pedestrians, rape a nun and then take a dump on Abe’s lap and the Left would find some way to twist it into proof their cause is just. If the Muslim had used a suicide vest instead of a gun, the Left would have blamed climate change for sending him over the edge. No matter what happens, the war on normal people must continue. It’s what defines them. It’s who they are.

That’s what’s important to understand about the Progressive mind. These are not people who think like normal people. Instead, they are completely immersed in their secular religion, in the same way the Muslim fanatics are consumed by Islam. No matter what happens in the world, the Left looks for a cause in the tenets of their faith. In this case, it is Magic Shape Theory that says shaping metal into a gun imbues it with the power to take possession of a human, making them into a killer.

This is why they never seem to lose focus on their causes, no matter how many times their cause has been rejected. Disarming the sinners, the bad whites they imagine are holding up the final ascent into the promised land, is a defining goal. After the Civil War, they wanted to murder all the bad whites. They still do, but they need to get the guns first. That’s what matters, not the dead gay guys lying on the dance floor or the Muslim lunatics running loose in the country.


You gotta read the whole thing.
Posted by Ragin' Dave at 05:50 No comments:
Email ThisBlogThis!Share to TwitterShare to FacebookShare to Pinterest
Labels: Linky Love, Must Read

Sent to me by a friend

A friend who gets me. 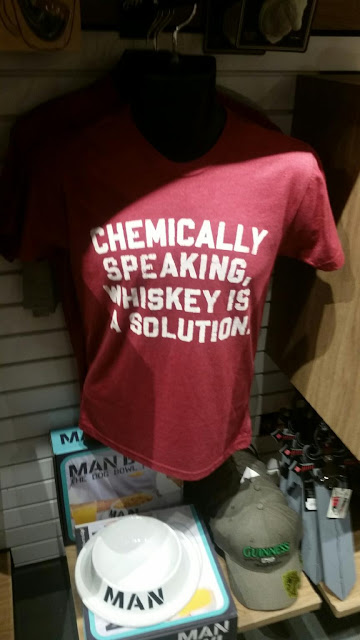 Yeah, I need that shirt.
Posted by Ragin' Dave at 05:37 No comments:
Email ThisBlogThis!Share to TwitterShare to FacebookShare to Pinterest
Labels: Personal crap


Take a look at the Bing homepage, and then the Google homepage.

Done that?  Yeah.  Pissed off yet?

Do more of this

Say what you will about Donald Trump, but can you see any GOP candidate, with maybe Cruz as the exception, telling the WaPo to fuck off?

Donald Trump’s campaign has banned the Washington Post from events. In a post on Facebook, the businessman announced, “Based on the incredibly inaccurate coverage and reporting of the record setting Trump campaign, we are hereby revoking the press credentials of the phony and dishonest Washington Post.”


Maybe if the WaPo hadn't spent the past eight years slurping at Obama's crotch like the paid whores they are, they would understand what actual news reporting is.  But they're nothing more than the propaganda organ for the DNC, and we all know it.  So fuck them.

Donald Trump understands that the Legacy Media is the enemy.
Posted by Ragin' Dave at 05:30 1 comment:
Email ThisBlogThis!Share to TwitterShare to FacebookShare to Pinterest
Labels: Election 2016, The Media is not your friend

Going to be unpopular here...

I'm having a hard time getting my knickers in a twist over the Orlando shooting.  I know that I should be all morally outraged because TEH GAYS WERE TARGETED, but I'm not.  And here's why.

Gays in America are a monolithic Leftist bloc of voters.  They've voted for every scheme and plan the Left has put forward, including all the schemes and plans that make it easier for Muslims to come to America, make it harder to filter out Islamists, make it harder to deal with Islamists, and to put a halt to making war on Islamists like ISIL/ISIS/Al Qaeda in the Middle East.  The gays, as a block, are huge fans of Obama, and Obama is the most Islamist friendly guy in America right now.  Obama can't even say the words "Islam" and "terrorism" in the same speech.  And the gays vote for him in droves.  Monolithic.  Look, the reason that Milo Yanopo...  Yeanopou...  that blonde-haired guy from England named Milo is such a rarity is because he's a conservative gay man.  And that almost never happens.  There's a reason why San Francisco is the gayest and most liberal city in America.

So gays in America have been massive supporters of the kinds of policies that make the Orlando shooting not only possible, but inevitable.  Gays have tied their boats to the Islamist movement, supporting Hamas, Fatah, the Muslim Brotherhood, and every other Islamist movement who hates America.  Because in the end, I think a lot of gays hate America too.  Or they hate the Judeo-Christian values that America was founded on, and that a lot of conservatives still consider important.

The organizations and people that the gay movement supports are out there calling for banning guns, and saying that guns and "homegrown extremism" are the problem, not Islamic terrorism.  I want you to take a good hard look at the idiocy vomited forth by prominent gay public faces, such as this:

As if Christians were loading up rocket launchers and attacking gay night clubs, right?

Gays in America are so wedded to their Leftist ideology that they cannot break out of it for even one second to say "Hey, maybe supporting people who want to kill us for being gay isn't the greatest idea!"  But no, they decide that in the aftermath of an Islamist attack on a gay night-club that Christians are the problem.  Which means that nothing of any substance will be done about the real cause of the attack, and Christians and gun owners will once again have to explain reality to various Leftists as if they were talking to a bunch of retarded three-year old kids.  Which, in a way, is quite a bit how the Leftist brain works.

Even after the worst terrorist attack in America since September 11th, the Left, which includes almost all the gay folks in America, can't bring themselves to deal with the cause of the attack, that being Islamism.  Nope, it's those bible-thumping, sister-humping, gun-toting Jesus freaks that are the problem to the Left.

There comes a point where you can only watch someone poison themselves for so long before you're numb to it.  When I see the Left and the gay movement respond to an Islamist attack by blaming Christians and gun owners, my "give-a-damn" meter plummets to zero.

I can pray for them to see the error in their ways and beg for forgiveness from God.  But I can't work myself up into a lather over the attack.  The seeds of this attack were sown by the people who were targeted.  And for that, I can only say that actions have consequences.  And the Left is determined not to learn from those consequences, which means it will happen again.  And again.  And again.

So be it.  It won't be me getting shot to hell in a gay night club.

UPDATE, Proving the Point edition:  The NY Daily News blames Islamic terrorism for the Orlando shooting.  HA!  JUST KIDDING!  They blame the NRA, of course!
Posted by Ragin' Dave at 18:15 No comments:
Email ThisBlogThis!Share to TwitterShare to FacebookShare to Pinterest
Labels: Teh Gey, Terrorism

Yeah, I know what the "A" in their name stands for.  Don't care, they're anti-American, especially when they spout off complete and total bullshit like this.

Christian conservatives are responsible for the mass shooting at a gay bar in Orlando because they "created this anti-queer climate," according to American Civil Liberties Union attorneys.

"You know what is gross — your thoughts and prayers and Islamophobia after you created this anti-queer climate," ACLU staff attorney Chase Strangio tweeted on Sunday morning.

Dear ACLU staff attorney Chase Strangio - any insulting response would be lost on someone like you, so I'll bid you farewell.  Die screaming, you fucking shitweasel.
Posted by Ragin' Dave at 05:25 1 comment:
Email ThisBlogThis!Share to TwitterShare to FacebookShare to Pinterest
Labels: anti-American

Narcissistic fuckwit Obama blames "we" for act of Islamic Terror.

Also, the by now familiar bullshit that dribbles from the Marxist Messiah's mouth, the "we don't know why he did it" line.

And of course the Communist Christ turned this into an opportunity to rail against gun owners.  You know, that would be the people standing in the way of his desire to transform this country from a free, prosperous nation into a socialist shithole like Venezuela.
Posted by Ragin' Dave at 17:19 No comments:
Email ThisBlogThis!Share to TwitterShare to FacebookShare to Pinterest
Labels: Obama, Terrorism
Newer Posts Older Posts Home
Subscribe to: Posts (Atom)