To the Brazilian who came here with the google search term: "supremacy female fart sniffer", I hope you found what you were looking for.


Or maybe not.  Wow.
Posted by Ragin' Dave at 07:29 No comments:
Email ThisBlogThis!Share to TwitterShare to FacebookShare to Pinterest
Labels: "Modern" Life

The Phrase of the Day

Femisogynists.  No, I didn't make it up but I'm going to use the hell out of it.  I'm certain you all know what a misogynist is, yes?

Well, for every misogynist like Jerry Brown out there, there's a woman who acts just the same way.  Hatred of real women comes from both genders.  I'm certain the Ragin' Mrs., were she on the national stage, would be the target of slurs and insults just like Sarah Palin is, or Ann Coulter.  And those insults would come from both genders.  Because liberal men cannot stand a woman with values, and liberal women cannot stand a woman who is both more feminine than they are, and yet stronger and more independent than they are at the same time.

Femisogynist.  A woman of Left-leaning persuasion, who hates real women.  Learn it.  USE IT.
Posted by Ragin' Dave at 06:46 1 comment:
Email ThisBlogThis!Share to TwitterShare to FacebookShare to Pinterest
Labels: "Modern" Life

“Health care reform is absolutely playing a role. Was it the precipitating factor in this decision? No, but was it a factor in our planning over the next five years? Absolutely,” Cook added.

Enjoy that "free" health care in a government run slaughterhouse!
Posted by Ragin' Dave at 08:36 No comments:
Email ThisBlogThis!Share to TwitterShare to FacebookShare to Pinterest
Labels: Government Health Care will kill you

Blackfive has the reasons.  I was considering joining the VFW, but this has made my mind up to refuse them.

This Ain't Hell has the list of other political parasites that the VFW is supporting:

So, of course, i went to the (PDF) list of candidates that VFW_PAC is supportingand I find they’re also supporting Barbara Boxer, Alcee Hastings, Barbara Lee, Steny Hoyer, Barbara Mikulsky, Chris VanHollen, John Dingell, Chuckie Schumer, Pat Leahy and Patty Murray – it’s like a Who’s Who of the folks who have tried to screw the troops and have contributed to the lengthening of the war in the east.

So, I'm reading the account of this White House insider, who is asking just what the hell have we done, and I get to this paragraph right here, where some Democrat American Communist Party member is worried because his support for Obamacare might cost him his job, and...  well, here:

The gist of it was this – they were told to drop it.  They were told to, exact words here – “worry about your own campaign and don’t expect the White House to hold your hand over this.”  Well, they were upset right?  Just hearing about it made me absolutely furious.  This is a person’s career, their life here.  Now that answer wasn’t good enough so they pushed it a bit further – suggested the president could do some town meetings and answer questions about the bill, alleviate all the concerns and fight back against the conservative chatter that was being put out there.  Guess what they were told regarding that?  They were asked one question – did they read the bill?  This Congressperson admitted they hadn’t.  Like a lot of them, they had voted for it, but hadn’t read it.  That was a mistake, sure, but the thing is over 2000 pages, right? Well, after admitting they didn’t read the bill they are told in a laughing way mind you, “That’s ok – neither has the president, so you can’t expect him to take on a bunch of town meetings on it, right?”  So that was it.  Nice, huh?  Bye-bye, thanks for playing, and good luck with the -explitive- storm coming your way this summer.
Now, I want you to think about how much power this bill has, and how much it will affect Americans.  And the people responsible for it, and the damned jackass who signed it, didn't even bother to read it.

I think that anyone who had a hand in the passing of Obamacare who didn't read the bill needs to be tarred, feathered, ridden out of town on a rail, banned from politics at any level, and jailed for no less than ten years.  And I only say that because I'm trying to be a nicer person, and so I cannot recommend pulling their guts out through their asshole and leaving their corpses to feed the coyotes.

Now, you can go read the rest of the article.  This buy is basically having a pity party for himself, and his sweet, sweet tears are a thing of joy to me.  But it's clear that he doesn't get it.  At one point he complains that the media won't report on who and what Obama really is.  NO SHIT SHERLOCK!  That's how the fucking assclown got elected in the first place!  And you were perfectly happy with it as long as it helped your side!

Gah.  It's too early in the morning for this.  I need coffee.
Posted by Ragin' Dave at 05:22 No comments:
Email ThisBlogThis!Share to TwitterShare to FacebookShare to Pinterest
Labels: Government Health Care will kill you, Governmental Insanity, Nucking Futs

It comes around every year in one form or another.  I got 32 out of 33 right, and I missed that one questions because my dumb as didn't read the answer correctly.  Feel free to take it yourself.  And then have your kids take it and see if they can pass it.  THAT is where the real danger is.
Posted by Ragin' Dave at 05:26 1 comment:
Email ThisBlogThis!Share to TwitterShare to FacebookShare to Pinterest
Labels: "Modern" Life 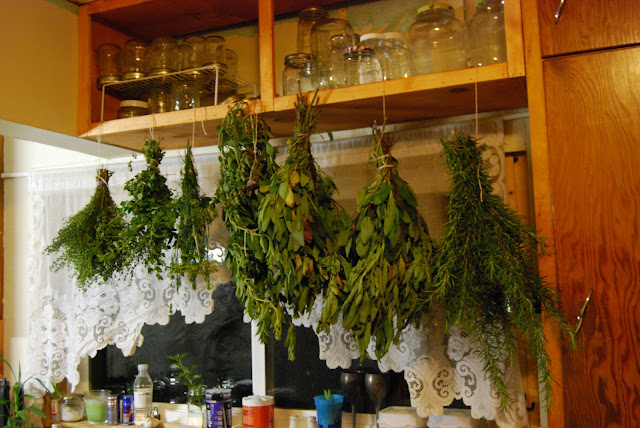 There was a rally Saturday?

Oh, right, that "One Nation" bologna that Ed Schultz put on.  The crowd size was, as far as I can tell from pictures, minimal and made up of bussed in union twerps.  I say twerps because of the sheer amount of trash and crap that they left behind.  It seems that no matter the location or context, Leftists will litter and trash any place they inhabit, no matter how small the time.  And someone else always has to clean up the mess.

Of course, if it weren't for the trash and litter, would anyone even remember that this "rally" took place?
Posted by Ragin' Dave at 05:21 1 comment:
Email ThisBlogThis!Share to TwitterShare to FacebookShare to Pinterest
Labels: Moonbats on Parade

Do we need more teachers?

Not just no but HELL NO.

If you aren't reading The Smallest Minority on a daily basis (and why the hell aren't you?) you've been missing Kevin Baker's essays on "education" in this country, and why it is failing.  It's failure is NOT a mistake, people.  It's failure is hard-written into the code of the public education system in this country.  If you want to handicap your child from day one, just send them to public school.
Posted by Ragin' Dave at 05:14 No comments:
Email ThisBlogThis!Share to TwitterShare to FacebookShare to Pinterest
Labels: Publik Skool

And I don't give a shit how many poor widdle Mexican Mayors are crying about all those violent Mexicans we keep sending back to Mexico.  At this point I think we need to set up sniper towers along the US/Mexico border and engage in some Mexican-Style Immigration Enforcement.  Remember, that's when Mexico SHOOT PEOPLE who try to enter their country illegally.

It's either that, or just invade the shithole and turn it into another territory.  Because they all seem to want to come up here anyways.
Posted by Ragin' Dave at 05:07 1 comment:
Email ThisBlogThis!Share to TwitterShare to FacebookShare to Pinterest
Labels: Immigración

We had warning of a hard freeze last night, so yesterday afternoon the Ragin' Mrs. and I spent a good portion of time pulling in everything from the garden that we could harvest.  Tomatos, squash, beans, and herbs.  We'd been harvesting and drying them for a little while, but yesterday we pulled everything we could out of the garden before the frost killed it.  So I currently have hanging in my kitchen some thyme, oregano, rosemary, dill, and two huge bunches of sage.

We also racked our batch of mead - meaning we transferred it from it's primary fermentation container to it's secondary fermentation container, where it will sit for about a month until it's ready to bottle.  As we were transferring it over, we tested it with a hydrometer to make sure of where the alcohol levels were at - it's approximately 15%, which is about where you want it to be.  But it's still sweet like mead should be; while we were working with it we could smell it; it was like ripe apples.  Good stuff.

And then I got to watch the Packers barely beat the Lions, while my Seahawks were getting assraped by St. Louis.