Because I need it today.
Posted by Ragin' Dave at 08:40 No comments:
Email ThisBlogThis!Share to TwitterShare to FacebookShare to Pinterest
Labels: Real Music

Predictably, this was yet another hit piece designed to dent DeSantis’ political armor, not just in an attempt to once again paint him as the coronavirus villain over governors who actually have done a bad job, like Cuomo, but also because of 2024 considerations. DeSantis has been touted as a possible top presidential contender, and as a result, the media and the left are responding accordingly.

It’s especially remarkable when you think about how they routinely accused Trump and DeSantis last year of being willing to sacrifice seniors in order to reopen the economy. Now, they’ve almost quite literally done a full reversal from their previous “we must protect seniors!” stance. Sadly, for them, it all boils down to politics.

I've been disgusted by the DNC Media for years, but I think over the past five years it morphed from disgust to outright hatred.  These jackals and dimwits who do nothing but work for the DNC could all disappear tonight, and I wouldn't shed a single tear for them.

Posted by Ragin' Dave at 07:12 No comments:
Email ThisBlogThis!Share to TwitterShare to FacebookShare to Pinterest
Labels: Democrat Media Complex, The Media is not your friend

Hey, you know what would actually stop the spread?  Stopping illegal aliens infected with the Kung Flu from coming into this country.  But that's JUST TOO FUCKING HARD FOR THIS FUCKING BRAINLESS GOVERNMENT, isn't it?

Miriam Izaguirre, a 35-year-old asylum-seeker from Honduras, crossed the Rio Grande at dawn Monday with her young son and turned herself in to the authorities.

A few hours later she was released, and the first thing she did was take a rapid test for Covid-19 at the Brownsville bus station. They told her her test came out positive.

“Right now we were tested for Covid and they separated about eight of us because we were positive,” she told Noticias Telemundo Investiga. “We are waiting right now.” She was waiting to catch a bus to Houston.

Other migrant families who also said they had tested positive were waiting to go to other destinations: North Carolina, Maryland and New Jersey.

Posted by Ragin' Dave at 09:44 3 comments:
Email ThisBlogThis!Share to TwitterShare to FacebookShare to Pinterest
Labels: Get Down With The Sickness

National Guard troops in the Capitol being feed food that's undercooked, rotten, and has metal shavings in it.

More pictures of the nastiness they're being fed.

Have we really reached the point where National Guard soldiers in their third month of protecting the Capitol are poisoned with rotten food, worms and metal shavings and no one cares?

The contempt shown to these soldiers by their Washington, DC, masters is as sickening as the rancid slop they’ve been served.

I think Texas and Florida have already recalled their National Guard.  The other states should do the same.  Fuck Pelosi and fuck that drooling senile halfwit, President Asterisk.  Let them pay for their armed thugs.  Let's be blunt and honest about what the Democrats have turned Capitol City into, shall we?

Yeah.  Not in a good mood this morning.

Posted by Ragin' Dave at 08:18 2 comments:
Email ThisBlogThis!Share to TwitterShare to FacebookShare to Pinterest
Labels: Fuck the Fucking Fuckers

Because the Democrats would rather you die, than Donald Trump get any credit at all.

The real scandal is why Congress never put big funding behind Operation Warp Speed–thus requiring the administration to fund OWS by surreptitiously cutting elsewhere. The Trump administration gets blamed for its inept handling of the pandemic but Congress is supposed to be in charge of the laws and the purse strings and Congress was an abysmal failure. Who in Congress lauded let alone funded Operation Warp Speed, the only big success of the pandemic response?

It's not like the Democrats value your life at all, or your freedoms, rights, liberties, personal property, or any other thing that allows you to survive outside of the government.  Youi are nothing to them.  The Democrats hate you, and they want you to die.  Why should they fund an initiative that would let you live, and open the country up sooner than they want?  Opening up the country removes some of their power, and they can't have that.

Funding Operation Warp Speed would have been antithetical to everything they want.

Posted by Ragin' Dave at 07:22 No comments:
Email ThisBlogThis!Share to TwitterShare to FacebookShare to Pinterest
Labels: Democrats hate you and want you to die

36 degrees when I left the house.  61 when I came home.  Thank the Mrs. for insisting I get a modular helmet.

Although what they hate isn't really Dr. Seuss.  It's you, and everything you stand for.  It's the middle-class American family who goes to church on Sunday and cheers at Friday night football games.  It's the two-parent nuclear family that they want to cancel, and they're attacking anything and everything associated with it by calling it "racist" or "problematic".

Dr. Seuss isn't racist.  He was, in fact, and anti-racist, and his books reflect that.  But like Mark Twain's "Huckleberry Finn", which was one of the greatest anti-racist books ever written when it was published, it can't be allowed to exist because it conflicts with the narrative being pushed by anti-family, anti-American groups.  Like Black Lives Matter, who used to have the balls to admit that they wanted to destroy the two-parent nuclear family.  But they took that part down from their mission statement a while ago, when it became problematic for them to admit their goals.  Of course, they didn't renounce their goals, they just hid them from the public.

You know, no matter how much I hate and loath Marxists, I never called for the banning of Das Kapitol, or Mein Kampf, because I wanted them out there for people to see.   I wanted people to see and hear exactly what the Marxists believed.  Marxists don't want anyone to see or hear you or what you believe, because they're afraid of it.

Posted by Ragin' Dave at 07:17 No comments:
Email ThisBlogThis!Share to TwitterShare to FacebookShare to Pinterest
Labels: The Death of Civilization

About damn time.  Now if Utah will stop being a cringy little bitch and follow suit.

Posted by Ragin' Dave at 17:45 2 comments:
Email ThisBlogThis!Share to TwitterShare to FacebookShare to Pinterest
Labels: Get Down With The Sickness

The Establishment can go fuck themselves

I don't have an argument with the author of this piece, but it's what his friend said close to the end that gave me a red curtain of blood over my eyes.

Not long after I got to CPAC this year, I tweeted that GOP voters will no longer accept candidates who do not support their interests. A good friend who hews closer to the old establishment than I do responded, asking what if the voters don’t know what is in their own interests.

They have fucked this country beyond all belief.  They have surrendered every last principle they claimed to have, they've given away your freedoms hand over fist.  They've turned a free and prosperous nation into a marxist police state, and they think they can tell you what your own best interest is.

Fuck the GOP establishment.  They are nothing but arrogant, clueless, isolated, insulated from reality, big-state, nanny-government shitstains, and they can all go to hell.

Do read the whole thing, because despite what the establishment GOP thinks, we're not going back to allowing them to stab us in the back and sell us to the National Socialist Democrat Workers Party.  This is Trump's GOP, and we're far better for it.

Posted by Ragin' Dave at 07:32 2 comments:
Email ThisBlogThis!Share to TwitterShare to FacebookShare to Pinterest
Labels: Fuck the Fucking Fuckers, The Stupid Party

Or, as I like to say, Embrace the Suck.

So, what does all this mean? Many traditional Americans are sleepwalking into a conflict they are not mentally prepared to handle. The ideals of blind justice and due process are now, for all intents and purposes, quaint relics, and relying on constitutional rights for protection is dangerously naïve.

Like it or not, we live in a police state, controlled by an increasingly authoritarian regime with near-total electronic surveillance. The national security apparatus views conservatives and free-thinkers as domestic terrorists, and there are now more military deployed in our nation’s capital than in war zones overseas. If America were any other country, it would be considered a non-permissive environment—not a free country.

The future is going to suck.  There's no getting around it.  There's no voting our way out of it.  It will suck, and if you want to survive, you must Embrace the Suck.  Know that it's going to suck, and move forward with your eyes open.  Not doing anything will suck even worse.  There are no good options, every option sucks.  So pick the least sucky option, and Embrace the Suck.

Posted by Ragin' Dave at 07:17 1 comment:
Email ThisBlogThis!Share to TwitterShare to FacebookShare to Pinterest
Labels: The Death of America 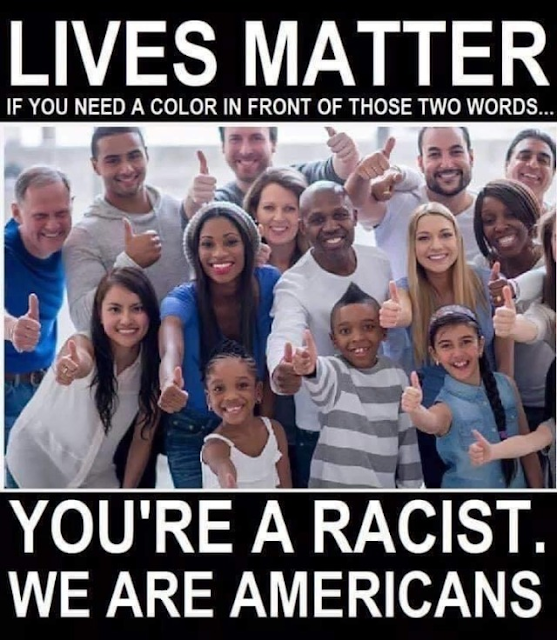 For the Second Sunday of Lent