The lesson which needs to be relearned

I was talking with an old friend tonight, and this message was driven home even more.  Maybe I'll expand on that tomorrow.
Posted by Ragin' Dave at 22:50 No comments:
Email ThisBlogThis!Share to TwitterShare to FacebookShare to Pinterest
Labels: Must View

Had quite a few things to do today.  Rip out the garden, now that the frosts have killed it.  Wrap up the swamp cooler and get it winterized.  Put new exhaust baffles on the Ragin' Mrs bike.  Smoke a couple of hams we've had curing in the fridge for two weeks.  Do a little shopping that had to be done (and found a killer deal on beef roast that we can use for chili tomorrow!)

Yeah, the exhaust.  My wife is the only biker I know of who thinks that their bike needs to be more quiet.  We bought her bike used, and the previous owner had taken the baffles out and cut off about a quarter of their length.  The Mrs wanted it back to stock, so she found a stock set on Ebay for one-fifth the price of new, and now they are on her bike and she's happy.

And then it was time to hand out candy.  Halloween, y'all.  I didn't know how many kids would actually show up, so the Mrs and I made up our minds that the kids who did show up would benefit handsomely for doing so.  We filled a ten-gallon tub with candy, and told the kids who showed up to take as much as they wanted.  We didn't have nearly as many kids as last year, obviously, but we gave away about five gallons worth of candy.  The rest will be going to work with me to torture my co-workers as they try to diet their pandemic pounds off.

Tomorrow it's laundry and cleaning and a nice long afternoon ride.

And then it's back to election hell until Trump gets re-elected on Tuesday.

Posted by Ragin' Dave at 21:04 No comments:
Email ThisBlogThis!Share to TwitterShare to FacebookShare to Pinterest
Labels: Personal crap

Lord, I can't wait for them to be over.  Here in Utah, there's a race between Burgess Owens and Ben McAdams.

If you bleeped out the name and party affiliation, you could still tell who was who.  Owens talks like a man.  An older man, but a man non the less.

McAdams has a light, lispy voice that practically drips with soy and estrogen.  I have to turn off any ad of his because it makes me want to punch him in the face until he stops talking.

Naturally, McAdams is the Democrat.  And it shows.  I don't even know what he looks like, nor do I care.  Listening to this lackey of Nancy Pelosi lisp out how he cares about everybody sets my teeth on edge.  It's all about the FEELZ with that sunken-chested soiboi.

I can't wait for this election to be over so I don't have to listen to him again.

Posted by Ragin' Dave at 21:40 No comments:
Email ThisBlogThis!Share to TwitterShare to FacebookShare to Pinterest
Labels: Election 2020

Masks do nothing to stop the Kung Flu

Seriously.  Nothing.  Stop wearing them.  BREATHE FREE!  Here's just one graph to illustrate the point. 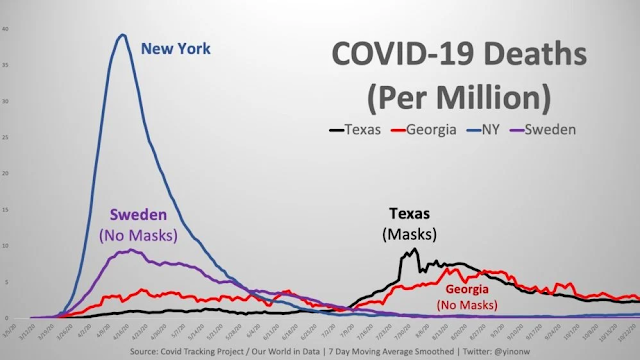 The masks are a farce.  A con.  A bullshit political act forced on us by idiots who can't admit the plain truth because it would cost them political power.  They don't do anything but make politicians feel more powerful when they order you to wear them.  That's the real "science".

Posted by Ragin' Dave at 05:55 6 comments:
Email ThisBlogThis!Share to TwitterShare to FacebookShare to Pinterest
Labels: Get Down With The Sickness

If this was a real pandemic, they wouldn't have to fudge their numbers in order to keep everything locked down.
Posted by Ragin' Dave at 07:01 No comments:
Email ThisBlogThis!Share to TwitterShare to FacebookShare to Pinterest
Labels: Get Down With The Sickness

Well, here's a song for our times.

Posted by Ragin' Dave at 17:35 No comments:
Email ThisBlogThis!Share to TwitterShare to FacebookShare to Pinterest
Labels: Real Music

This is in BEVERLY HILLS!
Yeah, tell me again about how Biden is ahead in the polls.
Posted by Ragin' Dave at 21:16 No comments:
Email ThisBlogThis!Share to TwitterShare to FacebookShare to Pinterest
Labels: Election 2020, Must View

In a just world, Joe Biden would be facing multiple life-sentences in jail.

But instead, we live in a world where most of the media is desperately trying to cover up for Corrupt Joe.  But the news just keeps drip-drip-dripping out, like the pus from Hunter Biden's STD.

Regarding the Burisma arrangement in 2014, where Hunter was put on the board of a Ukrainian energy company when Joe was heading up policy efforts in the country, Hunter was paid $50k/month for the gig, where he reportedly sold access to top Obama officials. Burisma was also looking for other protections as well—and they got it. VP Joe fired the prosecutor looking into Burisma by threatening to withhold aid from the country. Tucker brought that up during his show previously, but now he’ll have more from Bobulinski who reportedly has messages from the Bidens begging him to keep his mouth shut, as him spilling the details will ruin the reputations of all involved.

Eat shit, Joe.  And to every Democrat propping this senile puppet up, die screaming.

Sorry about the lack of posting yesterday

I was busy.  That was the coldest ride I've done in a long, long time, but it was worth it.

Posted by Ragin' Dave at 07:15 No comments:
Email ThisBlogThis!Share to TwitterShare to FacebookShare to Pinterest
Labels: Military Life

When a man who owns founding membership in the Clank Brigade refuses to endorse a fellow astronaut, pay attention.

For those who don't know, the "Clank Brigade" is people who have such giant brass balls that they clank together when they walk.