The little gamma troll was back

He tried to post a link to the Bulwark...

In other news, Drooling Joe the Chinese Hand Puppet is still in hiding, along with his press secretary, and the DoD is proving that they don't have a single fucking clue what's going on. 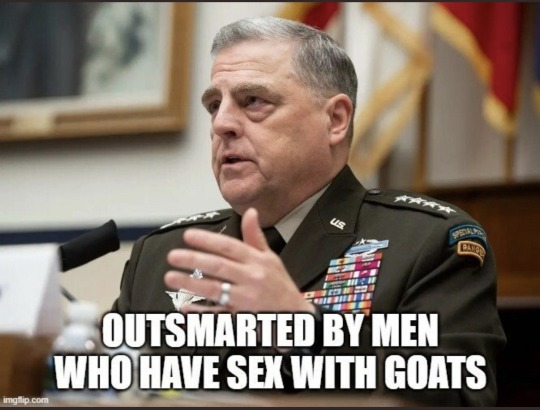 Posted by Ragin' Dave at 06:41 No comments:
Email ThisBlogThis!Share to TwitterShare to FacebookShare to Pinterest
Labels: Random Crap

I'm up and out early again, so here's a couple of essays I'm reading right now, but don't have enough brain power to comment on.

And of course, given that the entire world can see what a shitshow Drooling Joe and the Commie Ho are, everyone from the administration is essentially in hiding.

Posted by Ragin' Dave at 20:23 2 comments:
Email ThisBlogThis!Share to TwitterShare to FacebookShare to Pinterest
Labels: Biden is a puppet, Welcome to the Shit Show

It worked horribly, just the way the democrats wanted.

How's about 14.7 MILLION BALLOTS that went "unaccounted" for?

In sum, election officials nationwide mailed out 14.7 million ballots in 2020 that, one way or another, went unaccounted for. And that’s just the start of the problems.

These people word it very carefully so that they don't get labeled as "domestic terrorists" by the Marxists running this country, but you can just read between the lines.

PILF mined numbers compiled by the federal Election Assistance Commission , an entirely neutral outfit set up by Congress to provide voting guidelines and a clearinghouse for election information and statistics. The numbers are reported to the EAC by the states themselves, and PILF did no extrapolations of its own. In other words, these are not biased guesstimates but hard numbers, virtually irrefutable.

As if we needed any more evidence that the Left used fraud to steal the 2020 election.  But every bit of proof helps when you're pounding people over the head time and time again.  And that's what you have to do with the Left, because they will lie continually while ignoring the truth, and you have to fashion the truth into a clue-by-four and beat them with it violently.

Posted by Ragin' Dave at 07:00 No comments:
Email ThisBlogThis!Share to TwitterShare to FacebookShare to Pinterest
Labels: Election 2020, Fraudulent Behavior

Still sick to my stomach from how incompetent this government is, and has been.

Here's a little taste of what someone who's been there is thinking about the whole mess.

I’ve spent most of my adult life at war, fighting for lost causes. I gave the decades of my youth to strive for that in which I generally believed, alongside men I loved and respected. I regret none of it, but days like today I do feel a bit old, tired, and discouraged.

For those who are wondering how we could have failed so catastrophically in Afghanistan, here’s the simple answer:

The bottom line is that the US Government can't hide it's incompetence any more.  There's no more Orange Man Bad to blame, although Drooling Joe the Chinese Hand Puppet tried to do so.  Actually his handlers wrote a speech that tried to do so, and he mumbled and slurred his way through that speech before walking off without taking any questions.  Because a senile dementia patient can't answer questions.

In any case, Trump ripped the bandage off of the festering wound that is the US government's inability to do anything more than enrich itself.  And now that festering wound is open and exposed for the entire world to see.

A first step is to tell our remaining friends that the United States knows failure and rot when it sees it, and is confident enough to excise it and move forward.

We need accountability. The honorable thing to do is to resign. If not, the proper thing is for the President to fire those who advised him so horribly. If not the President, then Congress should have hearings with a pair of pliers in one hand and a blow torch in another and humiliate people in to resigning.

If neither happens, then bad on the American people for allowing a political system to function in such a way that people such as these are the ones who rise to the top of both parties.

I have absolutely no faith that anyone in the Democrat party is going to suddenly care about accountability.  None.  Zero.  There will be no firings, no resignations, and the DNC will not allow any hearings in Congress.  This zombified country will continue tottering for a few more years while parasites hollow it out even further, and then it will collapse.  And the same people in Washington D.C. will be in charge, telling the world that it's somehow Trump's fault, or Ron DeSantis' fault, or Kristi Noem's fault.  Or the fault of those icky voters.

Take a good hard look at Afghanistan.  That's our future.

Posted by Ragin' Dave at 07:06 2 comments:
Email ThisBlogThis!Share to TwitterShare to FacebookShare to Pinterest
Labels: The Death of America

Ignore those pictures of the Afghan army that our military senior leader geniuses spent 20 years and zillions of dollars on disintegrating in the face of a pack of glorified mountain banditos from the Seventh Century – the real story is that, finally, America’s fighting men and women are fully aware of the urgency of accepting and validating the trans experience. And it's even better if said trans people are BIPOC. Plus differently abled.

There are very few generals that should be retained at this point.  I personally know of one or two who are hard-charging, mission focused leaders.  And I know lots and lots who are Obama appointees, who care more about making sure gays and trannies can serve in the military, rather than our ability to win a war.

In case you didn't see it in the comments, Nitzahkon seems unusually optimistic in his assessment of how things are going in the former US of A.

Those who would call themselves our masters have made it inevitable.  It’s only a matter of time.  Violence may be the last resort, but it is also the gold standard of conflict resolution, and I tremble at what I see is the inevitable “settling” of our differences:

Here's where I stand:  Even though we all know that Drooling Joe the Chinese Hand Puppet cheated in 2020, there are still millions of drooling fucktards who pulled the lever for him last November.  The vast majority of those people live in the urban areas.  The Democrat-controlled shitholes, festering with stupidity, ignorance and arrogance, as well as the various STDs, drug abuse and crime.  Seattle.  Portland.  Los Angeles.  San Fransicko.  Austin.  Miami.  Boston.  Philly.  Milwaukee.  So on and so forth.

Right now, I wouldn't have a care in the world if they all burned to the ground.  Someone please tell me what we need from these festering shitholes so badly that we must put up with the Marxist poison they inject into this country on a daily basis?  A stock market in London is just the same to me as a stock market in New York.  I'm not going to either city, and I only interact with them online.  Burn the New York Stock Exchange to the ground, and I'll find another stock market to play in somewhere else.  Do I really need Wall Street, or any part of New York Fucking City?  I know I need the wheat fields of the Palouse, and the ranches of the Dakotas, and the pig farms scattered around the country.  I need the chicken farms in the Cache Valley, and the potato farms from Southern Idaho.  I need the local farms that produce my produce.  Melons and spinach and carrots and corn and mushrooms.

Anyways, off to the salt mines.

Joe Biden never saw a situation that he couldn't fuck up even worse.

The most tragic thing about Joe Biden’s cascade of failures is what it reveals about the man and his leadership team as a whole. He never had the capability to anticipate the problems that now overwhelm him and still less appears to possess the capacity to improvise a solution. Reality, so long kept at bay by the media narrative, is now inside his OODA loop and pulling ahead.

Drooling Joe the Chinese Hand Puppet never had any ability, period.  You don't need to quantify anything after that, unless you're talking about his ability to always make things worse.  Watching Afghanistan crumble over the weekend while Drooling Joe took a vacation and hid from any questions, and his puppet masters out on TV just blurting out whatever random bullshit will make their media whores be quiet...  I kinda feel like this guy.

I am so sick to my stomach right now.

Another humiliating evacuation from an embassy to close out a war.

This administration makes me fucking sick.  Embarrassing as hell.

The death notifications I did for AFG KIAs, Linsey *******, married for two months to her husband Will, when he was killed on Thanksgiving Day 2010.

My best friend Durand ****** lost his leg, destroyed his face, sense of smell and taste from an IED.

Well, this is what happens when you allow a senile, incompetent demented crook to be installed in the Oval Office after a fraudulent election.  You get a shitshow.  Allow a clown to steal the election, and you get a circus.

I have thoughts, but they're not in any coherent form right now.  Maybe I can un-jumble them later. 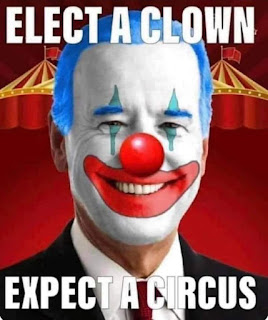