I need to go buy some candy now. 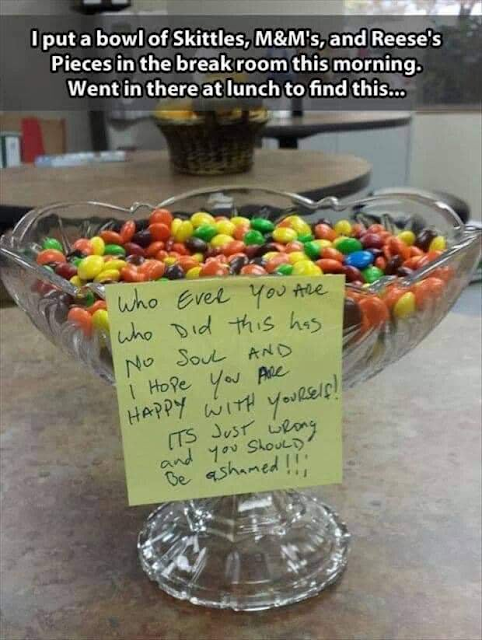 Late to bed, Early to Rise

Makes a man tired, cranky, and unable to find a word that rhymes and fits in this little ditty.

Also, I have a rant brewing about the US Army Reserves and the ACFT, but I'm too tired to do it justice right now.  There's blogs on the sidebar if you need to read actual stuff.

Posted by Ragin' Dave at 04:50 No comments:
Email ThisBlogThis!Share to TwitterShare to FacebookShare to Pinterest
Labels: Personal crap

Yeah, it's another one of those weekends.  Light bloggage alert.

Posted by Ragin' Dave at 05:11 No comments:
Email ThisBlogThis!Share to TwitterShare to FacebookShare to Pinterest
Labels: Personal crap

Here's another round of "We Fucking Told You"

Rampant fraud and abuse occurred statewide at Wisconsin’s nursing homes and other residential care facilities,” according to the Office of Special Counsel’s second interim report filed on March 1 with the Wisconsin Assembly. That conclusion represents but one of the key findings of election irregularities detailed in the nearly 150-page report—a report that also confirms the conclusion of the Racine County Sheriff’s office last fall that fraud occurred at nursing homes in Wisconsin.

I also guarantee that whatever fraud you DO happen to find, there's more.  Far, far more than you will ever find or know about.  Because that's how criminal activity functions. 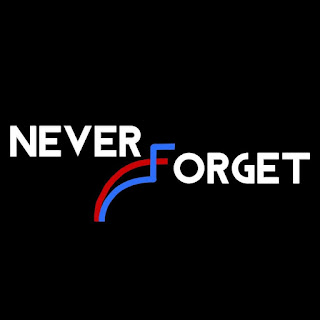 The cheating was so blatant and so obvious that the media had to run "MOST HONEST ELECTION IN HISTORY for months afterwards to try to cover it up, and they still failed to do so.  Trump wasn't just winning, he was winning bigly over that drooling Chinese hand puppet.  So they had to stop counting in four states, all at the same time.  And when the pause was over, golly gee gosh, look at all those hundreds of thousands of votes all for Biden that just happened to show up!  No, you aren't allowed to see where they are from!  No, you can't watch the counting!  No, you can't see any proof!  Go away!

Biden and the cabal that installed him through voter fraud need to hang.  Publicly.

Cloth masks don't do a fucking thing except show what a political virtue-signaling jackass drone you are.

Cloth masks do little to prevent the spread of COVID-19, or other airborne diseases, a new study finds.

Researchers from the University of Bristol in the United Kingdom found that 90 percent of particles could get through cloth masks, making them effectively useless during the pandemic.

These fucking masks are pathetic and worthless and THEY ALWAYS HAVE BEEN.  WE HAVE KNOWN THIS FOR DECADES.

Fuck the fucking fuckers who demanded we wear them, and fuck the system that enforced their anti-science demands.

Posted by Ragin' Dave at 16:40 2 comments:
Email ThisBlogThis!Share to TwitterShare to FacebookShare to Pinterest
Labels: Get Down With The Sickness

I want this in my house 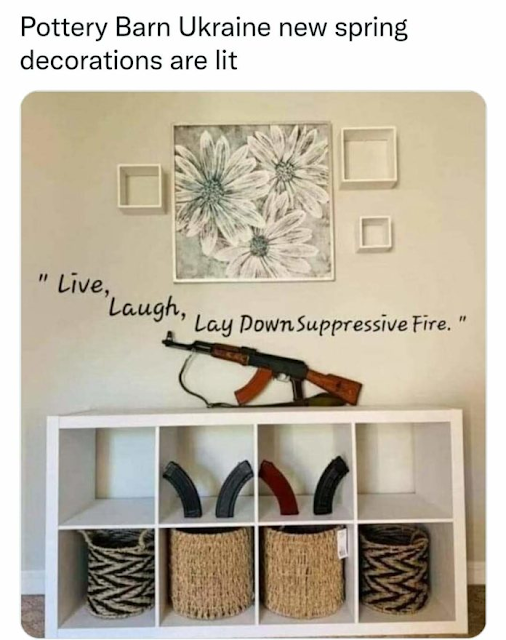 Posted by Ragin' Dave at 06:35 No comments:
Email ThisBlogThis!Share to TwitterShare to FacebookShare to Pinterest
Labels: Meme LIfe

I watched a couple of live-streams last night

About Drooling Joe's "State of the Union" address.  Once again, that senile Chinese hand puppet couldn't make it through a teleprompter speech.  Slurring, mispronouncing words, at one point me called the Ukrainian people the Iranian people.  It was a mess.  It was like listening to your drunk uncle explain why the Detroit Lions were going to win the Super Bowl this year.

I don't even watch football anymore and I still get that reference.  Maybe I'm just old.

Luckily, instead of watching the speech, I watched people doing a drinking game about the speech.  There was Biden speech bingo cards aplenty online.  And it was generally a trainwreck from start to finish.  This is why they hid him in a basement during the campaign.  And I'll say it again:  there's no way in hell that rotting head of cabbage got 81 million votes.  Americans aren't that dumb.  Oh, we can be dumb, but not THAT dumb.

Posted by Ragin' Dave at 06:07 1 comment:
Email ThisBlogThis!Share to TwitterShare to FacebookShare to Pinterest
Labels: Biden is a puppet, Fuck Joe Biden

But not much time to do anything on it.  So in lieu of actual content, go watch this video of four doctors discussing the not-vax.  Maybe I'll have something for you later.

It's actually warming up here.  Might be motorcycle weather soon.  Which is good.

I should have my computer tonight

Gotta pick it up from the shipping place.  Since it's a computer it requires a signature to be delivered, and both the wife and I work when it's supposed to be delivered.  Yeah.  So we called 'em up and said
"Don't deliver shit.  I'll be there after work."

In the meantime, it does seem like Putin bit off more than he can chew in the Ukraine, eh?  And even if he gets the military victory he wants, he'll be dealing with partisans popping his Soldier's heads off at long range for years to come.  Not a well thought out plan. 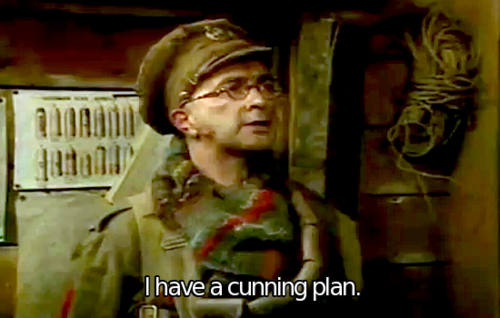 'Ol Pootie Poot doesn't seem to have the chops he once had, nor the actual brainpower.  Is the the entire world being ruled by senile communists or is it just the USA?

Watching the news out of Ukraine

And not really believing all too much of it.  That's what happens when you have a media who cares more about pushing a political narrative than telling the truth.  At this point all I can really do is try to find foreign news sources and wait to see what happens.  Some things seem to be moving fast, unlike the Russian army.

Today is my fuck-it day, where I pretty much just do whatever the hell I want to do.  Which today is drink coffee and sit on the couch.