Not just a rhetorical device.

SEN. GRAHAM: Mr. Secretary, you didn’t know how long the attack would last. Did you ever call him and say, Mr. President, it looks like we don’t have anything to get there anytime soon?

SEC. PANETTA: The event was over before we could move any assets.

SEN. GRAHAM: It lasted almost eight hours. And my question to you is during that eight-hour period, did the president show any curiosity about how’s this going, what kind of assets do you have helping these people? Did he ever make that phone call?

SEN. GRAHAM: With all due respect, I don’t believe that’s a credible statement if he never called and asked you, are we helping these people; what’s happening to them? We have a second round, and we’ll take it up then.


Obama needs to be impeached, both for Benghazi and for the Fast and Furious debacle.
Posted by Ragin' Dave at 12:32 No comments:
Email ThisBlogThis!Share to TwitterShare to FacebookShare to Pinterest
Labels: Complete Incompetence, Obama the Nazi, Total Corruption


!!!!!
Posted by Ragin' Dave at 12:16 No comments:
Email ThisBlogThis!Share to TwitterShare to FacebookShare to Pinterest
Labels: Linky Love, Must View

A week full of going to bed way too late, and waking up way too early, has left me someone run-down.  So when I didn't have to set my alarm today, I took full advantage of that and just slept.  The Ragin' Mrs. left me alone and let me recoup some of what I'd lost. 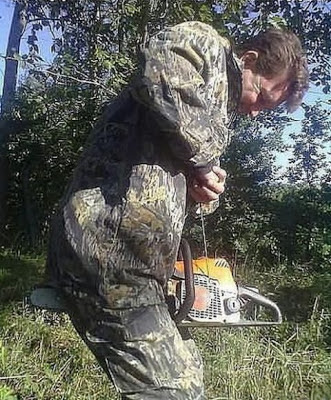 Sent to me by a friend.

Posted by Ragin' Dave at 22:58 No comments:
Email ThisBlogThis!Share to TwitterShare to FacebookShare to Pinterest

There's something in the air

Maybe it's smog.  Maybe it's dust and dirt.  I don't know.  But driving to where I had to go today, the air was brown, my eyes were itching and my nose kept running.  It's frigging nasty.

Had a chance to visit the local ER last night

The Ragin' Mrs. had a mishap - nothing serious, but painful enough to require a doctor to look at it, and she's got a high pain tolerance so when she's telling me that things hurt, it's most likely out of my first-aid capabilities.

Observation one:  The ER waiting room was packed, and maybe 50% of those folks spoke any English at all.  The native English speakers constituted about 10% of the waiting room.

Observation two:  It was Monday night, and the place was packed.  The staff said that it had been like that since the New Year.  What changed that would make ER traffic pick up and stay up?

Observation three:  There were enough sick kids in that place to make me come home, slather myself in sanitizing gel and pour Airborne down my throat.  Ugh.  Snot and phlegm everywhere.

Observation four:  I don't know if this is apropos of anything but the huge amount of people in the ER were Latino, and one thing we did notice was an abundance of fathers actually being fathers.  Very few single women in there with their kids alone.  If a child was there, most likely their dad was too.  That was good to see.

Observation five:  Four hours of sleep doesn't do Dave very well at all these days.
Posted by Ragin' Dave at 09:27 No comments:
Email ThisBlogThis!Share to TwitterShare to FacebookShare to Pinterest
Labels: Personal crap

Meanwhile, in the gun-free paradise of Chicago

Murder rates are worse than in the days of Al Capone's gangland Chicago.

Remember, gun control isn't about guns.  It's about control.
Posted by Ragin' Dave at 09:27 No comments:
Email ThisBlogThis!Share to TwitterShare to FacebookShare to Pinterest
Labels: 2A

But Ann Barnhardt doesn't do permalinks.  So I'm taking her post whole and putting it here unedited, because I think it's that damn cool. 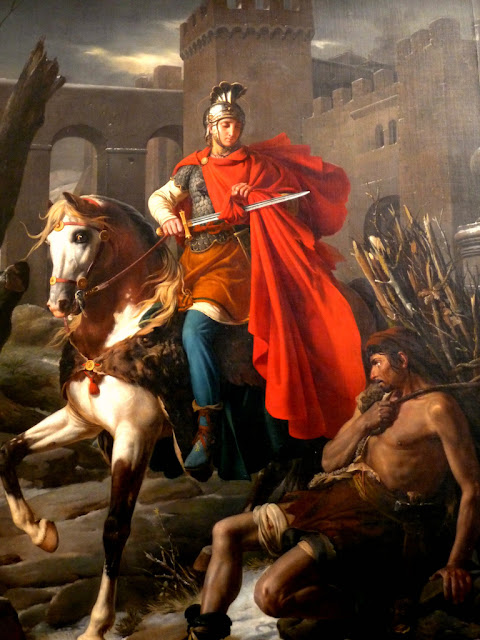 Meet St. Martin of Tours. He was a fourth century Roman soldier, and like many, many Roman soldiers was also a convert to Christianity. While he was yet being instructed in the Faith and before his baptism, Martin encountered a homeless man begging in the cold. The beggar was barely clothed in just a few rags. Martin, moved with compassion and pity for the man drew his sword, also known as an ASSAULT WEAPON, and cut his own cape in half, and gave half to the freezing beggar.

**I know this story seems completely unbelievable because everyone knows that people who carry and wield ASSAULT WEAPONS are incapable of anything like COMPASSION or CHARITY, but you'll just have to suspend your disbelief on this one.**

That night, Martin had a dream in which he saw Our Lord wearing the half of his cloak that he had shared with the beggar. In his dream, Our Lord said to the angels, "Here is Martin, the Roman soldier who is not baptized; he has clad Me."

Martin was received into the Church and went on to be a manful bishop who fought the heresy of Arianism.

St. Martin's cloak was kept as a relic and was carried into battle by the French Army. The French would set up a special tent on field of battle to house St. Martin's cloak. The word for cloak in Latin is "cappa". The priests who took care of the cloak were thus referred to as the "cappellani". Eventually, all priests charged with the care of soldiers were called "cappellani". The Latin word "cappellani" became "chapelains" in French, which eventually became "chaplains" in English.

How 'bout them apples?

Posted by Ragin' Dave at 14:31 No comments:
Email ThisBlogThis!Share to TwitterShare to FacebookShare to Pinterest

Plenty to write about

But I just don't give a darn today.  Life is like that sometimes.
Posted by Ragin' Dave at 09:04 No comments:
Email ThisBlogThis!Share to TwitterShare to FacebookShare to Pinterest
Labels: Personal crap
Newer Posts Older Posts Home
Subscribe to: Posts (Atom)