Yeah. I know I've been on an anti-vax kick for the past year. Buckle up kids, because I'm going to get worse

Yeah, that's my emphasis up there.  That's an admission that the jab doesn't work.  And from the second link:

But what's worse is the continuing stream of data out of England which strongly suggests that not only do these jabs not stop you from getting the virus they also have a very nasty tendency to prevent you from building "N" antibodies if and when you do get infected after being jabbed.  That's very bad, because it is those antibodies that, we have reason to believe, are in fact critical to prevent serious or fatal outcomes. 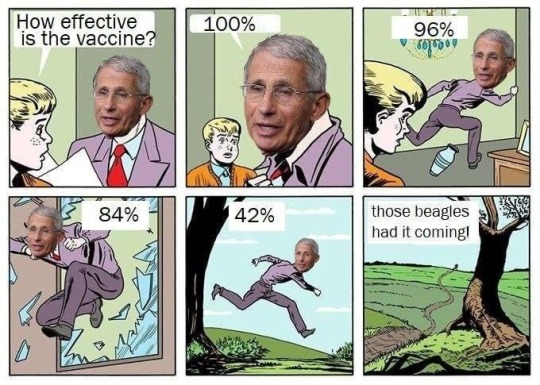 Posted by Ragin' Dave at 09:29 1 comment:
Email ThisBlogThis!Share to TwitterShare to FacebookShare to Pinterest
Labels: The Vaccine is the Virus

Spicy Volvos!  HAAAAAA!
Posted by Ragin' Dave at 01:00 No comments:
Email ThisBlogThis!Share to TwitterShare to FacebookShare to Pinterest
Labels: Must View

The need for serious men.

The perfect storm has arrived and the dark winter is upon us. This is the time for serious men. Enough of the name-calling, caterwauling, one-upmanship of internet squabbles. Put it aside and concentrate on what to do about it. Yes, fight the political battles as a defensive maneuver, but find ways to go on the offensive. Strikes are one method, but somewhere along the line those who are protected by this communist regime must be exposed to the same dangers those on the right are exposed to. There has to be a challenge to the two-tiered justice system and if the system cannot administer justice, the people will have to do it themselves. A failure of justice has always fostered a vigilante solution. That knowledge used to be enough to keep the courts in line, adhering to their oaths, but one always displaces the other.

It's not a happy bit of writing, but it's accurate.  Go hence and read.

Posted by Ragin' Dave at 09:33 No comments:
Email ThisBlogThis!Share to TwitterShare to FacebookShare to Pinterest
Labels: The Death of America

Not here, not there, not anywhere.

The entire response to the Kung Flu is a scam.  It exemplifies the Marxist teachings that keeping people afraid and vulnerable makes them controllable.  Entire countries who used to be free are now nothing more than laboratories of tyranny, where mad dictators issue edicts to their subjects and slaves, and everybody somehow complies.  Australia, who when I checked in 2018 were still a functioning country, is now meekly obeying the orders of power-mad nutcases, to the point where they are SHOOTING DOGS rather than letting someone come pick them up because they don't want to get the Peking Pox.

Europe went off the deep end sometime in 2015, when they decided that allowing millions of unassimilated third-world rapists and murderers to flood into their countries would somehow be a good thing.  But the Beijing Bug pushed them fully off the edge.

And in the end, as "vaccinated" people end up getting the Cantonese Crud, maybe even dying from it, as people who can actually still process information being to realized that they were lied to, that they and their children are being sacrificed for a Satanic cabal of greedy, power-hungry demons in human form, the government is going to have to crack down even harder, because when the lies no longer work, they'll turn to force.  They will not give up this power that was given to them by frightened, weak sheep.

This will not end well.

Posted by Ragin' Dave at 08:32 No comments:
Email ThisBlogThis!Share to TwitterShare to FacebookShare to Pinterest
Labels: Evil Does Exist, Government Thugs, Leftist Tyranny, The Vaccine is the Virus 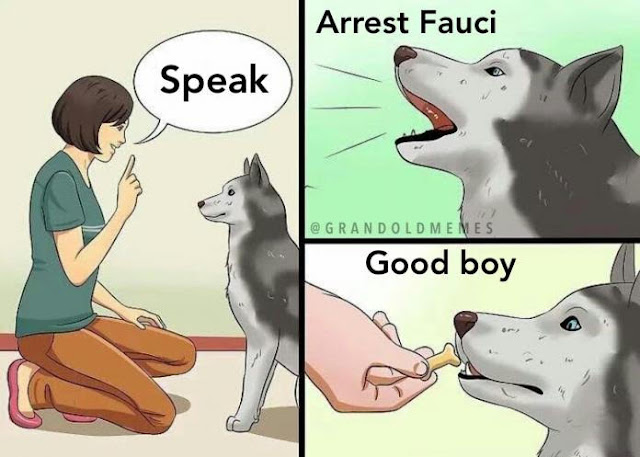 Posted by Ragin' Dave at 06:45 No comments:
Email ThisBlogThis!Share to TwitterShare to FacebookShare to Pinterest
Labels: Meme LIfe

You first, you bimbo

Oh look, yet another hypocritical Hollywood bitch flapping her cock-holster about how we all need to stop living in order to save the environment.

Joanna Lumley, whose glamorous high flying lifestyle includes long holidays in Bhutan, the Swiss Alps, and at least one trip on the Trans Siberian Railway, wants ordinary people’s leisure activities and travel to be restricted by a climate rationing system.

Go fuck yourself, you nasty lump of dick-drippings.

Let me get this out of the way right now

And if your kid gets myocarditis and dies, you should then be arraigned for murder.

This push to jab kids with the clot-shot is evil, pushed by satantic people.  I have a hard time seeing anything else.

Posted by Ragin' Dave at 08:29 2 comments:
Email ThisBlogThis!Share to TwitterShare to FacebookShare to Pinterest
Labels: The Vaccine is the Virus

Yeah. Pretty much the story of my life. 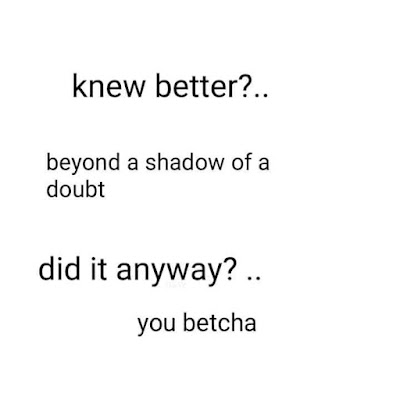 Posted by Ragin' Dave at 17:35 2 comments:
Email ThisBlogThis!Share to TwitterShare to FacebookShare to Pinterest
Labels: It is to laugh

Just to restate my position, Lloyd Austin is a lying piece of back-stabbing shit who wouldn't recognize Honor or Integrity if his life depended on it.

And his order to take the jab is illegal.

In the memo, Secretary Austin issued a directive and a promise, that “Mandatory vaccination against COVID-19 will only use COVID-19 vaccines that receive full licensure from the Food and Drug Administration (FDA), in accordance with FDA-approved labeling and guidance.” The problem with this is that the Comirnaty vaccine product that was approved by the FDA is not available anywhere in the Military Health System. It is not even in production, according to the military’s TRICARE healthcare providers. If a soldier goes to a military hospital or a private provider to receive an approved Pfizer COVID vaccine, he will be administered the unapproved Pfizer-BioNTech vaccine which is a vaccine that is not approved but has been administered under an Emergency Use Authorization (EUA). We are told that this is but a brand name difference, that the formulation is the same, and they can be used interchangeably. But as the FDA was approving the Comirnaty product, they were renewing the authorization for the Pfizer-BioNTech product. If it’s just a matter of brand name, why issue an approval for one brand name and an EUA renewal for the other? This is because they are not actually the same.

Any claim that the Pfizer vaccine is "approved" is a lie.  The one FDA approved vaccine is not available in the USA.  The claim is a deliberate, bold-faced lie by professional liars and politicians, all of whom need to be brought up on charges for their dishonesty, their multiple lies and their abuse of the US Military service members.

Posted by Ragin' Dave at 08:59 4 comments:
Email ThisBlogThis!Share to TwitterShare to FacebookShare to Pinterest
Labels: The Vaccine is the Virus

I'll pile on, no problem.  Because as COL Schlichter points out, that's exactly what they would do to you, and we are playing by their rules.

The argument for being nice is that 1) we should live the way we wish to live, that is, model the way we want the world regardless of how the world actually is and set the example; 2) we are better than that; and 3) Jesus tells us to. Of these, No. 3 is the most compelling – the hardest part of Christianity is loving your enemies. Perhaps you can do that even as you tweet that the fifth rule of gun safety is never give Alec Baldwin a gun. Jesus wasn’t a pinko hippie; he confronted and told hard truths. And despite the injunction to turn the other cheek, Christians are not pacifists. After all, many soldiers are Christian and they kill their enemies, so you must be able to be a Christian and point out through biting sarcasm that Alec Baldwin is awful too.

Posted by Ragin' Dave at 10:59 1 comment:
Email ThisBlogThis!Share to TwitterShare to FacebookShare to Pinterest
Labels: Fuck the Fucking Fuckers 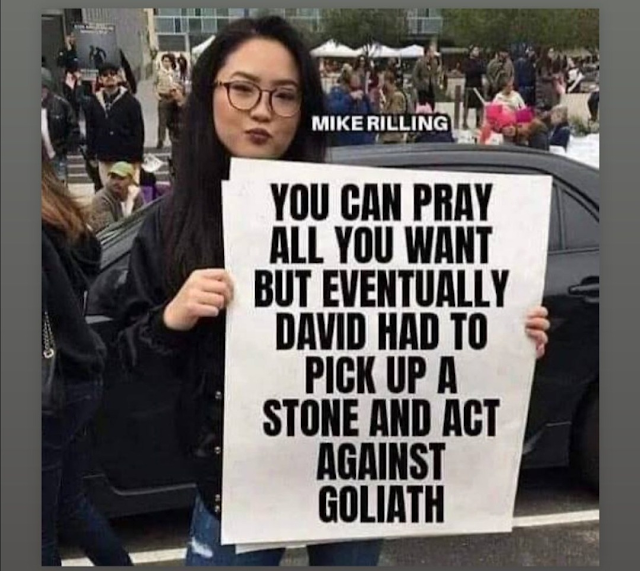