I have a wager to make

Given the news regarding the trashing of a former NFL player's house in New York, and the reaction not only of the feral youth who did the trashing but of the parents of said feral youth:

This is an area who voted for Obama.

This is strait-up Blue Country, through and through.  Democrat central.  Only the Democrat American Communist Party could raise up feral youth, and then threaten the victims of their feral youth with lawsuits for revealing what the feral youth did.
Posted by Ragin' Dave at 08:57 1 comment:
Email ThisBlogThis!Share to TwitterShare to FacebookShare to Pinterest
Labels: Dirty Fucking Hippy Losers, Fuck the Fucking Fuckers, Modern Life, Moonbats on Parade, Musings and Meanderings

Patron Saint of Brewers and Vintners.

I need to start keeping a list of all the Saints I should be praying to.  Yeah, everybody prays to Saint Jude and Saint Christopher.  Can anyone name saints beyond the most obvious?  I bet Saint Amand is up in heaven, going "Dude!  Someone remembers me!  Your beer is going to ROCK today!"
Posted by Ragin' Dave at 08:39 No comments:
Email ThisBlogThis!Share to TwitterShare to FacebookShare to Pinterest
Labels: Musings and Meanderings 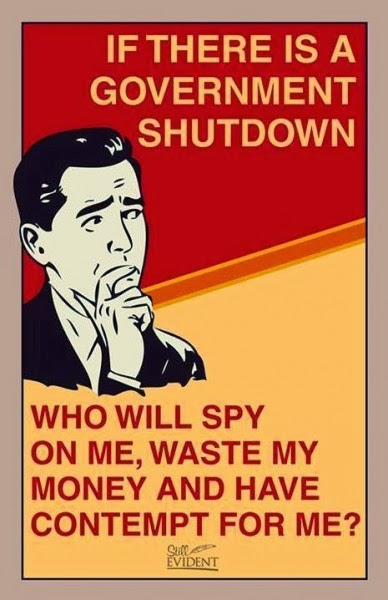 Posted by Ragin' Dave at 08:10 1 comment:
Email ThisBlogThis!Share to TwitterShare to FacebookShare to Pinterest
Labels: Musings and Meanderings

I hadn't heard of Krokodil before now

But hey, it's an alternative to heroin that makes your flesh rot and fall off.  And it's being used in America.

Personally, I'm more "for" it than not - any drug that makes it impossibly easy to see just who the users are is a plus in my book.  No longer do I have to guess if the babbling stinky man is a drug user or just mentally ill.

"Hmmmm, he says that aliens have taken over his rectum and are controlling his penis.  But is face is rotting off.  Krokodil!"
Posted by Ragin' Dave at 17:17 1 comment:
Email ThisBlogThis!Share to TwitterShare to FacebookShare to Pinterest
Labels: Modern Life

The reason the GOP is doomed in one headline

Hey, tell me again why the GOP base never bothered to show up and vote for this worthless sack of crap in 2008?
Posted by Ragin' Dave at 20:28 2 comments:
Email ThisBlogThis!Share to TwitterShare to FacebookShare to Pinterest
Labels: Assholes, Nucking Futs, The Stupid Party

It's about DAMN TIME!

Someone in the Catholic hierarchy finally made a statement regarding politicians who claim to be Catholic yet advocate for abortion.

House Minority Leader Nancy Pelosi has no Catholic right to be granted Communion, said the leading cardinal of the highest court at the Vatican.

Mrs. Pelosi should be denied Communion until she changes her advocacy views on abortion, Cardinal Raymond Leo Burke said, in an interview with The Wanderer reported by the Western Center for Journalism.

That’s canon law, not opinion, he said. Canon 915 states that Catholics who are stubbornly contrary “in manifest grave sin are not to be admitted to Holy Communion.”

“Certainly this is a case when Canon 915 must be applied,” he said, the Western Center for Journalism reported. “This is a person who obstinately, after repeated admonitions, persists in a grave sin — cooperating with the crime of procured abortion — and still professes to be a devout Catholic.”

The cardinal also said that Mrs. Pelosi is a perfect example of Catholics who separate their faith from day-to-day living.

Folks, you can be Catholic.  Or you can support abortion.  It is an either-or proposition.  You cannot be Catholic AND support abortion.  If you want to be Catholic, you must support the right of babies to be born, period.
Granny Rictus Pelosi is a staunch advocate for ripping babies out of the womb and murdering them.  Ipso facto, she cannot claim to hold to the tenants of Catholicism at the same time.  And it's about damn time that someone in the Church finally spoke up and said so.
Posted by Ragin' Dave at 20:21 1 comment:
Email ThisBlogThis!Share to TwitterShare to FacebookShare to Pinterest
Labels: Religion

The AcidCow website has a video of a homeless man doing "Breaking Bad" impersonations.

If the guy's homeless, how the hell does he know how to do impersonations of a TV show?

Am I the only one to notice this?

I mean, doing impersonations of a TV show requires you to have a TV, right?  Which requires a place to keep it, and a place to plug it in, which would require paying an electric bill somewhere.

So he can't quite be "homeless", can he?
Posted by Ragin' Dave at 22:05 2 comments:
Email ThisBlogThis!Share to TwitterShare to FacebookShare to Pinterest
Labels: Musings and Meanderings

Tell us something we don't know

Naw, really?  But they seemed so buddy-buddy in the Senate, right?

The best thing that could happen for the GOP is for McCain to just retire.  Just go away, John.  You're a fucking embarrassment to the Republican Party, and you're more interested in getting good press than standing by the principles you claim to have in order to get elected.  Just go the fuck away.
Posted by Ragin' Dave at 18:44 1 comment:
Email ThisBlogThis!Share to TwitterShare to FacebookShare to Pinterest
Labels: RINOs

What changes would you make?

I've been thinking about it, and I have come up with a few changes that would improve our chances at surviving as a nation until the end of the century. Yes, it would require that people start acting as grownups, rather than the "give me my free stuff faster!" mentality that is so pervasive, but at the same time, it not-so-gently encourages people to make that change for themselves.

Or starve, I don't care which.

First, freeze the federal budget at current levels, then chop 10% (in constant 2013 dollars) from every Department, every agency, every commission over the next four years. That solves part of the deficit problem. Farm out anything that should be handled by the government to the lowest levels possible (State, County, City, School Board).

Second, since all of those Executive Branch Departments seem to be enacting all sorts of legislation without recourse to Congress, totaling in the hundreds of thousands of pages of very fine print, with thousands more added every year, at the whim of unelected bureaucrats whose names are never known, eliminate any regulation that is not supported by a real law that has been passed by Congress, signed by the President, and possibly even withstood judicial scrutiny. All of it. That pulls the teeth of the EPA, the FDA, the FCC, the FTC, the ICC, and many others. No more wasted time and energy filing paperwork about the hazardous nature of a spilled pail of milk on dairy farms. Let them submit the regulations they feel are "necessary" to Congress for debate and enacting if Congress should agree.

Third, delete Obamacare from the vocabulary. The whole thing - gone. No more waivers, no more delays, no more worries. Open up interstate borders for insurance companies to allow them to offer coverage across state lines. (As a subset, encourage them to offer the same kind of catastrophic coverage that auto insurance offers, and allow people to determine where their health care dollars go to cover the minor stuff that happens from day-to-day. If auto insurance were offered on the same terms as health insurance, we would be arguing over co-pays for oil changes and car washes. That is bullshit of the first order, and all of it mandated by people who have exempted themselves from their mandates.)

Fourth, alter the form of the military to get rid of the non-combat forces. Supply officer? Chaplain? Athletics officer? Public Affairs officer? Turn it over to civilians, at half the price. You want to join the military, it will be to kill people and break things as efficiently as possible. There will be no more cushy, "safe" jobs. Those are for the candy-ass, "double time for overtime" types back home who don't have the balls to stand up and be counted, except on paydays. Turn our military into something that thugs and tyrants all over the world will tremble to see. Or, more accurately, NOT see, since the first warning we will be arriving will tend to be detrimental to the health of those who would threaten the peace. We will not be arriving to keep the peace, but to eliminate the trouble makers. "If you kill enough of them, pretty soon they stop fighting."

Fifth, submit an Amendment to Congress to repeal the 17th Amendment. States were given their own voice in the Federal Government for a reason, and the People are already adequately represented in the House - although perhaps raising the number from 435 to (say) an even thousand members would not go amiss, to bring the ratio of citizens to lawmaker down... (I am sure there will be a few buildings in DC standing empty after the first few items get taken care of.)

Feel free to tell me how crazy I am, or to suggest some ideas of your own...
Posted by Drumwaster at 12:05 2 comments:
Email ThisBlogThis!Share to TwitterShare to FacebookShare to Pinterest
Newer Posts Older Posts Home
Subscribe to: Posts (Atom)