Here's another "Toldya so"

This is a reminder that the CDC and the FDA ( and Fauci and Birx and Collins and all the rest of them) suppressed and banned Ivermectin in order to force the America people into taking deadly mRNA vaccines that don’t stop COVID but do change your DNA.

Almost the entire American medical community bent the knee to the CDC and the FDA too — which means that they failed to protect their sick patients from treatments that don’t work (COVID vaccines, Remdesivir) and failed to give them treatments that do work. Our doctors waited to treat sick patients until COVID was well advanced, and then hooked them up to useless ventilators and useless drugs until they died — because our doctors and our hospitals were incentivized by the U.S. federal government to do so.

Ivermectin works and the FedGov not only denied that fact, but pushed to have that fact buried while making sure that doctors and hospitals wouldn't use ivermectin as a treatment.

That's enemy action, folks.  People died because they were refused a life-saving treatment by the Federal Government.  That was done ON PURPOSE.

That means that we are dealing with a criminal conspiracy. The main culprits employed at the FDA and the CDC and Big Pharma must be arrested and tried for their crimes. The FDA and the CDC should both be razed to the ground. These criminals are still pushing the new vaccines on our children — though everybody on earth knows the new vaccines harm children — which tells you everything you need to know about their ethics.

Are you angry yet?

One of my acquaintances that I'm forced to associate with has already gotten all three of her teenaged sons jabbed.

Those kids are fucked.

Posted by Ragin' Dave at 09:39 1 comment:
Email ThisBlogThis!Share to TwitterShare to FacebookShare to Pinterest
Labels: Get Down With The Sickness, Killing is too good for them, The Vaccine is the Virus

The Capitol City of Panem passes another bill

I didn't know that the Mockingjay trilogy was so predictive, yet here we are.

The bill marks a $625 million, or 11.8 percent, increase over the fiscal 2021 funding level. Low pay and high turnover have plagued workers on Capitol Hill for years, a shared sentiment that has led to a growing movement by some staffers to unionize.

The corrupt oligarchs ruling this country are riding it into the ground like Slim Pickings on a bomb, and they're doing it deliberately.  They're gonna get theirs while the getting is good.  And the rest of us are getting fucked.

Posted by Ragin' Dave at 06:06 1 comment:
Email ThisBlogThis!Share to TwitterShare to FacebookShare to Pinterest
Labels: Killing is too good for them, The Death of America

Posted by Ragin' Dave at 01:00 No comments:
Email ThisBlogThis!Share to TwitterShare to FacebookShare to Pinterest
Labels: Fuck Joe Biden

Let Them Drive Cake - A Rant

Has anyone told those fucking shitstains that we don't actually produce enough juice to power all those electric cars they want us trapped in?
Posted by Ragin' Dave at 17:44 No comments:
Email ThisBlogThis!Share to TwitterShare to FacebookShare to Pinterest
Labels: Must View

We need more tar and feathers. And gallows. Lots and lots of gallows set up along Pennsylvania Ave. 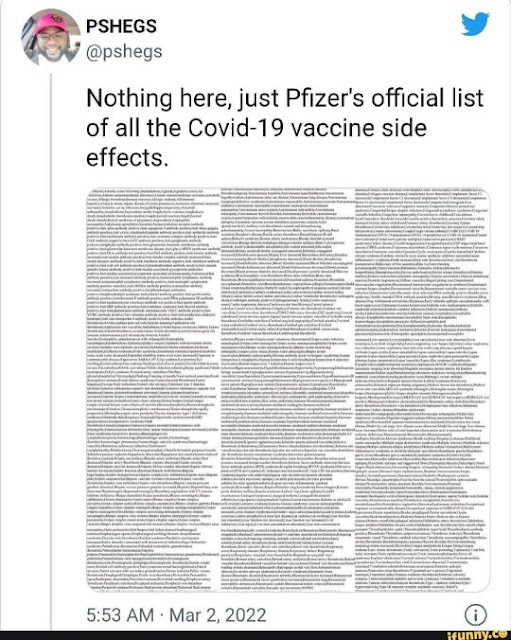 Posted by Ragin' Dave at 18:42 3 comments:
Email ThisBlogThis!Share to TwitterShare to FacebookShare to Pinterest
Labels: We need more tar and feathers

I'm not brave, you're just a pussy.

I was initially baffled by these messages. Why would I be getting these? What do these people want? Why do they think I need their excuses? So I asked other, braver people WTF this was.

They laughed and said, “They want you to tell them that it is ok.”

So I am saying publicly: this is not ok.

One of my fellow Soldiers ended up in the hospital last weekend.  Inflammation of the GI tract.

Now, when I say inflammation, I'm not talking about some minor swelling.  And I'm not talking just about the stomach or part of the intestine.  Their esophagus was almost swollen shut, and the inflammation went from the esophagus all the way through the colon.  Total inflammation of the ENTIRE GASTRO-INTESTINAL SYSTEM.  They did biopsies.  No cancer, which is good, but the docs have no clue what is causing this.  They said it looked like some sort of auto-immune disorder

I know what's causing it.  So do you.  How about the injection of a cocktail that forces your body to produce spike proteins, those very same spike proteins being an inflammatory agent to the rest of your body?  The experimental cocktail that hijacks your immune system?  Just maybe?  The fucking jab caused this, and anyone who's been paying attention knows it.

So I said so.  And people freaked.  Now, most of these other people also got the jab, so they're in some state of denial over the health risks.  "Dave, you can't say that!"  Yes I can, and I did.  "You'll get people upset!"  If they're not upset about being forced to take an experimental jab with unknown health risks, then I don't give a shit if they get upset about me pointing out that they took an experimental jab with unknown health risks.  If more people had fought back against the jab, maybe we could have gotten the mandate shut down.  "Dave, you'll get in trouble!"  I'm already being forced to retire early.  What more can they do to me?  Bend my dogtags in half?  Stamp "No Dessert" on my meal card?

"Dave, how can you say those things?"  WTF?  How can you NOT say these things?

I am not brave for saying these things.  You're just a pussy for NOT saying them.

The problem is that we are now in a time when it really matters if a lot of people resist all at once. This decision whether or not to speak up makes the difference, when it scales, between freedom or servitude forever.

Tyrannies only fall when there is mass resistance.

History is clear on this. When it is just a few — well, they are marginalized, silenced, smeared or, when things go far enough, arrested.

And then held in prison under war-crime level conditions without actually being charged with anything.

Posted by Ragin' Dave at 07:10 1 comment:
Email ThisBlogThis!Share to TwitterShare to FacebookShare to Pinterest
Labels: The Vaccine is the Virus

We don't need to fight a war for the political class.

I have no sympathy for despotism in any form — whether it be Russian, Chinese, or Great Reset in nature.  I do think American warriors should think long and hard, though, about fighting for freedom abroad when freedom is under attack here at home.  I'm angry that the same members of Congress who have refused to stand up for the J6 political prisoners could turn around and urge those prisoners' friends and families to head off to a potential war.  If the political class want blood-and-guts Americans to do their bidding, the prima donnas running that class need to earn the privilege.

Watching the politicians angle for war with Russia in Ukraine is enough to almost turn me off my nightly cigar.  These pathetic shitstains have run out the same old choir with the same old tune, but the audience has left.  Why should any patriotic American go to war for this political class?

One of my former troops who got promoted and moved to a new unit spent all of last weekend undergoing Be-Nice-To-Tranny training.  Russia is literally invading Ukraine and our so-called military leadership wants pronoun training for our Soldiers.  This is not a joke.  This is actually happening.

I wouldn't encourage ANYONE to join the military at this time.  Period.  And may God protect the ones who are joining.

Posted by Ragin' Dave at 19:44 No comments:
Email ThisBlogThis!Share to TwitterShare to FacebookShare to Pinterest
Labels: Illegitimate and Corrupt, Military Stupidity

For me it's if they try to recall my retired ass. Soon. 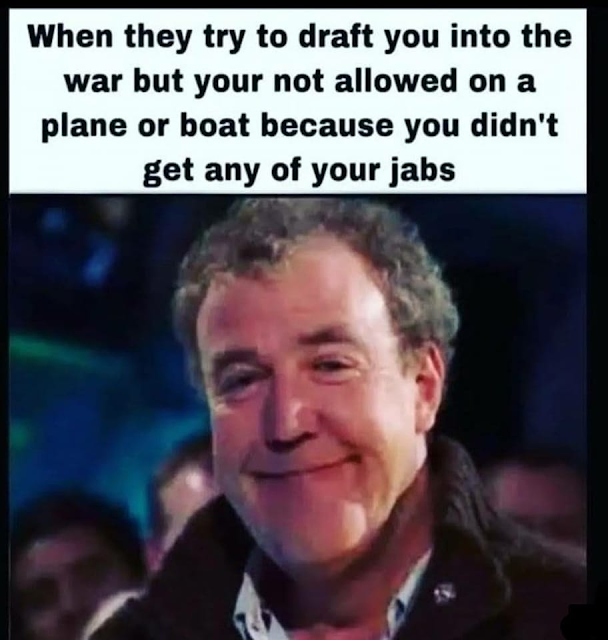 Posted by Ragin' Dave at 22:42 No comments:
Email ThisBlogThis!Share to TwitterShare to FacebookShare to Pinterest
Labels: Military Stupidity

I want that shirt 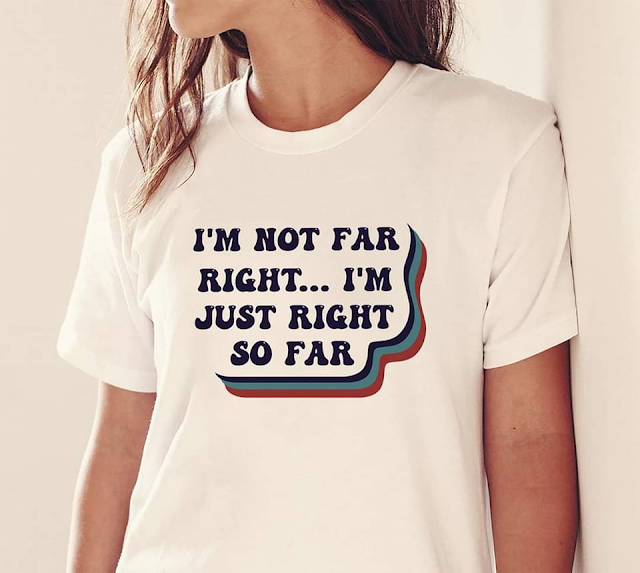 Posted by Ragin' Dave at 20:41 No comments:
Email ThisBlogThis!Share to TwitterShare to FacebookShare to Pinterest
Labels: Meme LIfe

Idiocracy on the Horizon

That's the title of a nice long post over at Cold Fury.

You’re reading an essay published only on the Internet, so it’s safe to assume that you have electricity whenever you want it. You can light your house for the price of a few minutes’ work per day. You have a computer (or a tablet or phone, but tablets and phones are computers which can do other things). You live someplace which has Internet connectivity, with all that that implies in terms of computers and reliable electricity and cabling or radio signals or satellites, plus everything behind that in terms of rare earth mining and chip manufacturing. You probably have a place to live which keeps the weather out and you probably have plenty to eat – if either is not the case, why are you reading what some knucklehead writes rather than finding food and shelter?

Well, then, it behooves you to do what’s needed to keep it coming.

Well, I meant to post this in the morning, but I forgot to hit the post button.  I blame the lack of coffee.

Posted by Ragin' Dave at 20:39 No comments:
Email ThisBlogThis!Share to TwitterShare to FacebookShare to Pinterest
Labels: Idiocracy 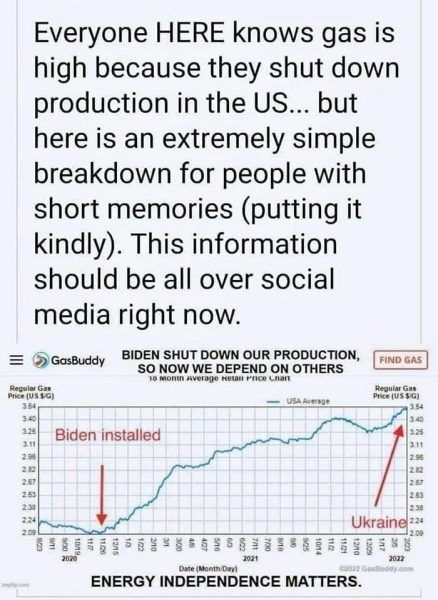