That bastard is finally getting his eternal reward - roasting in Hell.  I only hope they place his grave somewhere I can eventually get to so I can piss on it.
Posted by Ragin' Dave at 08:39 2 comments:
Email ThisBlogThis!Share to TwitterShare to FacebookShare to Pinterest
Labels: Oh HELL yeah, World Affairs

I hope everyone had a great Thanksgiving


I have a lot to be thankful for this year, and especially right now.  Lots of personal stuff that I don't want to put out on the internet, but I can honestly say that prayers have been answered.  Sometimes it doesn't look like it.  Sometimes, you have to take a step back and learn that despite the crap that life has thrown at you, you've been spared a lot of grief.

I'm upright, I'm breathing, and the Ragin' Family is ready to take on all comers.
Posted by Ragin' Dave at 20:40 3 comments:
Email ThisBlogThis!Share to TwitterShare to FacebookShare to Pinterest

Had to go to the store today for some medical supplies for the Mrs.  Stores around here are already gearing up for Black Friday.

I refuse to leave the boundaries of my yard tomorrow.  Screw that noise.  You couldn't pay me to go to a store.

Maybe I'll venture out on Saturday and see if sanity has returned to the country.
Posted by Ragin' Dave at 19:03 2 comments:
Email ThisBlogThis!Share to TwitterShare to FacebookShare to Pinterest
Labels: Musings and Meanderings

This is Obama's America

Bathhouse Barry Obumblefuck, who never met a black racist that he didn't love (as he's a racist himself) pushed the Black Lives Matter racists into larger fits of violence, until we now have crap like this on the streets.

Keep your powder dry, folks.  The damage that Barack Hussein Obama has done to this country cannot be repaired.  You can't close Pandora's Box.  We have been "FUNDAMENTALLY TRANSFORMED", and it's going to lead to bloodshed.

There's no debating with people who are running around screaming for cops to be murdered.  There's no dialog you can have with that kind of mindless hatred.
Posted by Ragin' Dave at 05:27 1 comment:
Email ThisBlogThis!Share to TwitterShare to FacebookShare to Pinterest
Labels: anti-American, Obama the Nazi

I wish this were an Onion article

Loyola University Maryland was going to have an "America" party.  This was decided well before the election of Donald Trump.  Now that the Donald is the Pres-elect?

According to The Daily Caller, one female student told Loyola's Student Government Association that she felt like "a victim of horrible hate words," and expected to be re-traumatized at the party. The university administration intervened as well, pressuring SGA to change course. "None of it is positive and it sounds very alienating, divisive and harmful," said Executive Vice President Susan Donovan in an email. "We have made progress in providing a welcoming climate on campus and do we want to reverse that progress with a theme that divides us?"

Dean of Students Sheilah Horton fretted that the America-themed party "provides an opportunity for students to dress or behave in a way that offends or oppresses others." She noted that even one negative event could cause the entire community to feel unsafe.


These special little snowflakes need to GROW THE FUCK UP.  A party that celebrates the country you live in is not divisive, unless you just happen to hate the entire idea of America.  And if that's the case, then pack your bags and GET THE FUCK OUT.

There is no nice way to say it:  These people are intellectual children, shitting on the country that allows them to live in their protective little bubble.  And like all naughty children, they need to be spanked.
Posted by Ragin' Dave at 13:50 No comments:
Email ThisBlogThis!Share to TwitterShare to FacebookShare to Pinterest
Labels: anti-American, Dirty Fucking Hippy Losers, Higher Mis-education, Moonbats on Parade

Who the hell is Gigi Hadid?

Is she famous for anything other than having tits and ass?

Then I don't give two shits about her opinion.
Posted by Ragin' Dave at 20:01 1 comment:
Email ThisBlogThis!Share to TwitterShare to FacebookShare to Pinterest
Labels: Hollywood Hijinks, Modern Life

Pray for the Police

The Commie Agitator in Chief has done his job well.  Three cops ambushed last night.  One dead, two still kicking even though one was shot in the face.  Twice.

Maybe if President Faily McWorsethanCarter hadn't spent the past eight years stirring up racial hatred as a way to gain political power, we wouldn't be seeing this level of violence right now.  But since that jug-eared example of what happens when you mix Shit with Failure has done nothing productive in his life, he needed that racial hatred.  Without that racial hatred, he's nothing.

There's Obama's legacy for ya - a country more racially divided, and cops being ambushed and shot in the face.  Way to go, Bathhouse Barry Obumblefuck!

I remember the 2012 Democrat convention too! 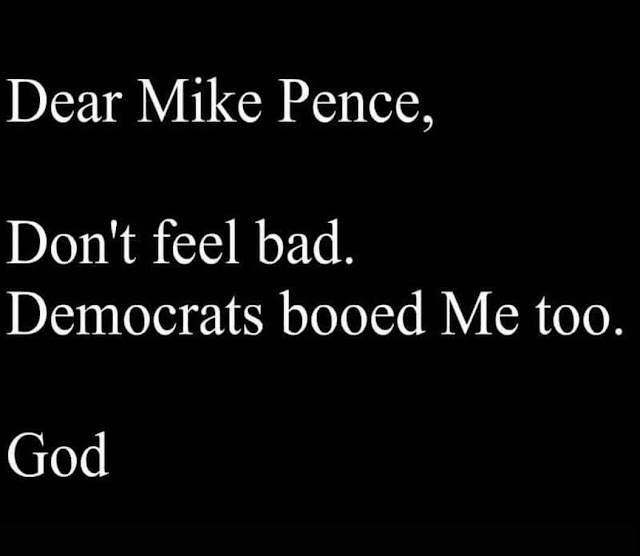