I stole this from 90 Miles 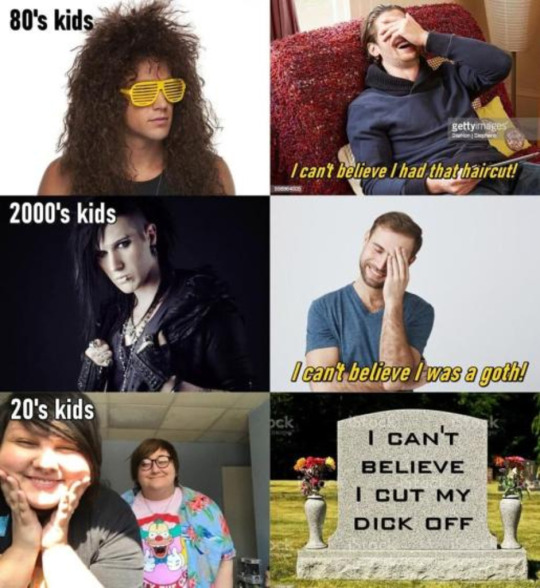 Remember folks, in the Army, R&D stands for Replicate and Duplicate!

Posted by Ragin' Dave at 08:51 No comments:
Email ThisBlogThis!Share to TwitterShare to FacebookShare to Pinterest
Labels: Heh

Drooling Joe and the Commie Ho do what they do

And by "do what they do", what I mean is that the completely bungle a meeting with one of America's strongest allies.  Of course, when I heard that the drooling puppet was going to meet with the Japanese PM, my first thought was "how are they going to cover up his dementia?"  Apparently, by not allowing Drooling Joe to actually meet with anybody, and putting Heels-Up Harris in a position where she's exposed as a stupid, arrogant bitch without a shred of a clue as to what she needs to do.  Hey, here's an idea - why not have a Vice President who did more than suck off Willy Brown as a way of getting into politics?  It might work out better for the country that way.

Drooling Joe was "under the weather".  Heels-Up Harris was just a disaster as the person to meet PM Suga.  NOBODY MET THE PRIME MINISTER AT THE DOOR!  This is a culture that values RESPECT, and NOBODY MET HIM AT THE FUCKING DOOR?

Yeah.  Tell me again how the drooling fuckwit and his communist whore got the "most votes in history" again?  They can't even meet with an ally without fucking things up.

Posted by Ragin' Dave at 07:58 No comments:
Email ThisBlogThis!Share to TwitterShare to FacebookShare to Pinterest
Labels: It is to laugh, Nucking Futs

I don't know how you call this anything but evil

The US Government is trafficking in aborted baby parts.

Recent emails uncovered by Judicial Watch between FDA employees and the California-based Advanced Bioscience Resources (ABR) prove the agency spent tens of thousands of dollars buying aborted babies for unethical scientific experiments between 2012 and 2018. In 2018, the Trump administration terminated the contract, halting government fetal tissue research due to concerns the contracts were unlawful. Judicial Watch’s new FOIA Request adds 575 pages of records to its existing 2019 lawsuit against the agency.

Folks, a human life is a human life.  It has inherent value, created by God, that you have no right to destroy for your own profit.  Or for your sexual convenience, which is what most abortions are for these days: A woman killing her own baby so that she can continue having sex.  Killing babies is evil.  Whether they are in the womb or out of the womb makes no difference, killing babies is EVIL!

So when I read things like this, it makes my stomach clench in rage and sadness.

Emails between FDA officials and ABR employees reveal disturbing conversations as they collaborate to buy and sell aborted fetuses. Records indicate ABR was paid $12,000 upfront per baby, some survivable out of the womb, between the gestational age of 16-24 weeks. Most purchases are for intact thymuses and livers shipped “Fresh; on wet ice.”

I shudder to find out.

Until demanded otherwise, our society is complicit in the unchecked abuse and commodification of preborn children. Moral urgency is incumbent on us to condemn these atrocities sanctioned by the federal government’s lead medical researchers and fight to stop them. We may lose more battles before we win, but we cannot say we never knew.

And for any atheists out there who scoff at the notion of God, or that life has inherent value given by our Creator, then think of it this way - if a baby can be broken down and sold for it's parts, it's only a small step to go from that baby to you, depending on who's buying and what's needed.

Posted by Ragin' Dave at 07:21 No comments:
Email ThisBlogThis!Share to TwitterShare to FacebookShare to Pinterest
Labels: Evil Does Exist, They want to kill babies

Which is why they call us racist and violent and all the other names, when just a brief look shows that they crimes they accuse us of doing are crime they are committing.

Guess what the hate crime number is in some of the most progressive, left-wing cities in America? Well, you don’t have to guess, because I have those numbers for you….

Read it all.  And beat your liberal relatives with a clue-by-four the next time they open their pie-holes.

Posted by Ragin' Dave at 01:00 No comments:
Email ThisBlogThis!Share to TwitterShare to FacebookShare to Pinterest
Labels: SJW Rule #3 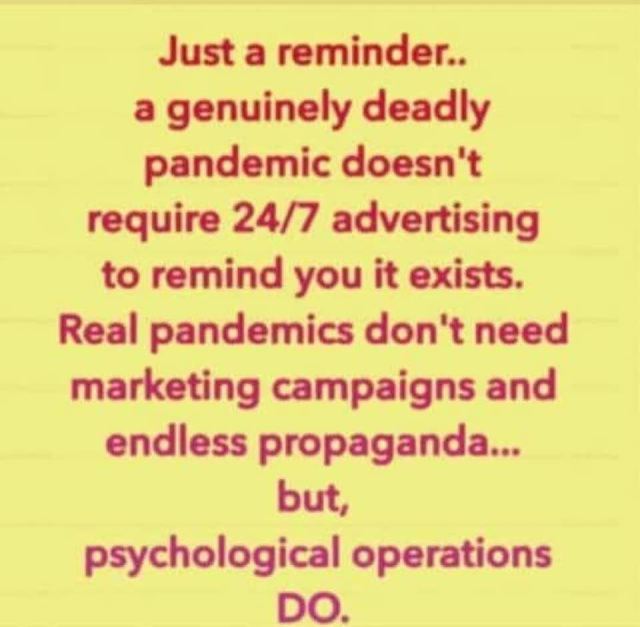 Posted by Ragin' Dave at 07:35 2 comments:
Email ThisBlogThis!Share to TwitterShare to FacebookShare to Pinterest
Labels: Get Down With The Sickness

Take a look at this shit

So if looting, robbing, stealing, and other forms of theft and larceny are now called "Material Liberation", what should we call the act of putting a bullet in the head of the person doing the material liberation?

Posted by Ragin' Dave at 07:27 3 comments:
Email ThisBlogThis!Share to TwitterShare to FacebookShare to Pinterest
Labels: Nucking Futs, The Death of Civilization

More confirmation of what we already knew

At least half of the liberal harpies are mentally ill.

That’s exactly what Pew Research has found — and all politics aside, the shocking diagnosis of over 50% of liberal women with some form of mental health medical diagnosis is a public health concern that no one seems to be discussing, let alone taking seriously.

The study, which examined white liberals, moderates, and conservatives, both male and female, found that conservatives were far less likely to be diagnosed with mental health issues than those who identified as either liberal or even “very liberal.” What’s more, white women suffered the worst of all. White women, ages 18-29, who identified as liberal were given a mental health diagnosis from medical professionals at a rate of 56.3%, as compared to 28.4% in moderates and 27.3% in conservatives.

There's also the unrelenting focus on oppression, verbal violence, and micro-aggressions. We know that building resiliency against hardship is the best weapon against depression and anxiety, yet progressive ideology forces its followers to wallow in feelings of helplessness and victimhood. Instead of empowering women and minorities with self-knowledge, strength of character, and resilience to hardship, progressivism encourages victims to stay in a place of fear and helplessness.

And there you have it.

Leftist women are cray-cray.  The best way for a woman to be happy and healthy is to be a conservative.  Hey, it's SCIENCE!  BELIEVE IN SCIENCE, right?  Isn't that what the current narrative is?

In all seriousness - Leftism causes mental illness.  The science proves it.

Posted by Ragin' Dave at 07:24 No comments:
Email ThisBlogThis!Share to TwitterShare to FacebookShare to Pinterest
Labels: Democrats, It's like science!, Sick in the Head

In the latest Project Veritas sting video, CNN Technical Director Charlie Chester admits that his network used “propaganda” in an effort to ensure that President Donald Trump lost the 2020 election. Chester takes credit for Trump’s loss and confesses that the network created at least one story that was “all speculation” in order to defeat the president. He also says that as soon as the COVID-19 pandemic tapers off, CNN plans to “milk” climate alarmism for all it’s worth.

They're only admitting what we already knew, but it's fun hearing it from their own mouths.

Posted by Ragin' Dave at 06:58 No comments:
Email ThisBlogThis!Share to TwitterShare to FacebookShare to Pinterest
Labels: Democrats hate the Constitution, Domestic Enemies, Killing is too good for them

Is that cruel?  Fuck yes it's cruel.

"But Dave, the majority of the people there aren't rioters!  They don't deserve that!"

True.  But the vast majority of the people there voted for the radical Leftists who run Minneapolis and its suburbs.  They voted for the limp noodle of a mayor, and the Marxist governor.  There's not one single Republican on the city council.  The mayor of Brooklyn Center, where the current crop of "mostly peaceful" riots and looting is going on, just fired the city manager for saying that the cop should get due process.  The guy didn't say the cop was guilty or innocent.  He said the cop should get due process, and for that heinous crime the mayor fired his ass.

Let it burn.  Let it all burn, and then mock the idiots who burned their town down around their ears while they sit in embers and ashes.  Maybe, just maybe, if it's painful enough, people will learn that you don't allow rioters to control everything and everyone.

Fuck the fucking fuckers.  If I were a home owner anywhere near the toxic shithole of Minneapolis, I'd be spending time on my roof with a scoped rifle, just waiting for the targets rioters to come to me.

This has got to be one of my anthems

This song describes how I feel about so many of the cities I've lived in.....
As an aside, this is another band who could never make it today, since they have actual talent and skill, but don't shake their ass in tight pants the way the music producers like to see.
Posted by Ragin' Dave at 01:00 No comments:
Email ThisBlogThis!Share to TwitterShare to FacebookShare to Pinterest
Labels: Real Music

She's actually got five houses, one of them in the Bahamas.

Folks, this is what commies do.  The commissars of the USSR had their dachas.  The Democrats have their multi-million dollar homes far away from the useful idiots who vote for them (Maxine Waters doesn't even live in the district she "represents").  In a Marxist system, the people in charge get rich while everyone else suffers.  That is actually a damning statement for the (formerly) US of A, given that the people in charge are getting rich while all the rest of us suffer.

Posted by Ragin' Dave at 07:32 No comments:
Email ThisBlogThis!Share to TwitterShare to FacebookShare to Pinterest
Labels: This is who they are

College Students Know Nothing About the Guns They Want Banned

Yeah.  I got nothing but a stomach ache from this video.  The future of American, people.
Posted by Ragin' Dave at 20:03 No comments:
Email ThisBlogThis!Share to TwitterShare to FacebookShare to Pinterest
Labels: 2A
Newer Posts Older Posts Home
Subscribe to: Posts (Atom)