Pick your song below.  Or listen to 'em all if you wish.

Any Coasties out there have a good version of your anthem?  I can't find any but the crap versions on YouTube.

Posted by Ragin' Dave at 08:28 No comments:
Email ThisBlogThis!Share to TwitterShare to FacebookShare to Pinterest
Labels: Military Life

And then they wonder why Trump won

Mitch McConnell, who never met an Obama mandate he didn't love, once again screws Conservatives over and stabs them in the back.

One of the best ways to explain the Trump movement is the fact that Mitch McConnell has given Obama everything he wanted, while shutting down actual Conservatives in the Senate, and attacking actual Conservatives trying to save the GOP from destruction.  The people who vote GOP do not trust the GOP, and McConnell has proven time and time again that they cannot trust the GOP.  The GOP leadership is corrupt, rotten, worthless, and probably caught up in so many crimes that even in the slim possibility that they might want to oppose Obama, they're blackmail-able.  Think Denny Hastert and his pedophilia.

Mitch McConnell has been a complete and total disaster for the GOP, but rather than step aside and let someone try to fix the damage, he's doubling down on his stupidity.  If the GOP ends up in the ash-heap of history, it will be because of Mitch McConnell, John Boehner and Paul Ryan.  Oh, there's lots of other people who have roles, but those three men are most directly at fault.

The GOP controls Congress.  They have done nothing to oppose Obama, and have literally given Obama ALMOST EVERYTHING HE WANTS.

If the GOP loses control of Congress this election, now you know why.  And Mitch McConnell needs to be tarred, feathered, and hung from a lamp-post on the National Mall for his traitorous, backstabbing betrayal of his country and his party.
Posted by Ragin' Dave at 18:30 No comments:
Email ThisBlogThis!Share to TwitterShare to FacebookShare to Pinterest
Labels: Fuck the Fucking Fuckers, Idiocracy, R.I.N.O., The Stupid Party

Big dog on the couch, Kitty on the back of the couch. 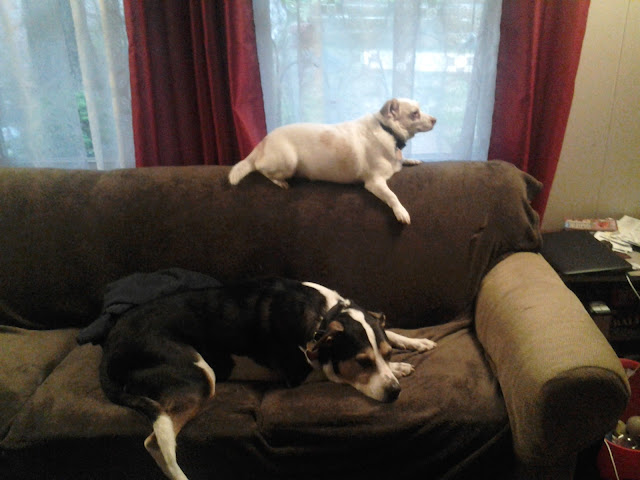 Keep in mind that Kitty can go on a four mile run with me and be happy.  He peters out after that, but still, four miles for a 20 pound dog ain't bad.

The big dog can run me into the ground.  My legs could be worn down to nubs and he'd still be ready to go on.  And then he wants to play fetch when we get home.
Posted by Ragin' Dave at 05:30 1 comment:
Email ThisBlogThis!Share to TwitterShare to FacebookShare to Pinterest

I want to be a hero 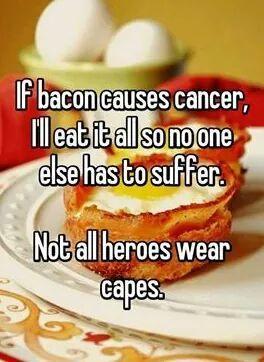 So apparently, the stereotype is true

A lot of folks who can't find a job are on drugs.  That link goes to Instapundit, who has a link to the NYT piece about how some businesses are hiring, but they can't find anyone who can pass a drug test.

I'm willing to bet that the Venn Diagram showing "People in poverty" and "People who use drugs" is almost a perfect circle, with just a few slivers on either side.
Posted by Ragin' Dave at 17:54 1 comment:
Email ThisBlogThis!Share to TwitterShare to FacebookShare to Pinterest
Labels: Modern Life

On Ben Rhodes, and the Left's worship of all things Obama

So if you haven't seen the report, Ben Rhodes, who for some reason is a Foreign Policy writer for Obama, even though his foreign policy experience seems to be sampling various types of marijuana from around the globe, recently let the cat out of the bag that not only did the Obama administration lie their ass off about the Iran deal, but they sold the lies to a willing and gullible press.  I think I wrote something about it previously.  Anyways....

Some folks are aghast about how bluntly he admitted to lying to the press, and how he crowed about how stupid and worthless the media is.

My question is this:  Just what do you think the media is going to do about it?  Retaliate somehow?

Do you honestly believe that the people who worship Obama as their Marxist Messiah are going to do anything about it?  Puh-leeze.  The media is already trying to dump the whole thing down the memory drain so they can go back to swallowing Obama's bullshit once again.

These people deserve to be tarred and feathered, then hung from lamp-posts around Washington D.C. They're not going to do a damn thing to damage their Communist Christ.
Posted by Ragin' Dave at 19:13 No comments:
Email ThisBlogThis!Share to TwitterShare to FacebookShare to Pinterest
Labels: The Media is not your friend

A new name for the dog

Our little dog, a Jack Russell mix, has taken to the new digs rather well.  To wit, he enjoys running up and down the back of the couch, and laying on it to watch the birds at the feeder.  His actions reminded the Mrs. of a cat we used to have, and she started calling him "Kitty".  He now answers to "Kitty".

So I have a Jack Russell named "Kitty".  This ought to go well.
Posted by Ragin' Dave at 19:09 2 comments:
Email ThisBlogThis!Share to TwitterShare to FacebookShare to Pinterest
Labels: Personal crap

Call me cruel if you wish

But I want these people to hurt.  I want them to be refused by doctor after doctor until they're forced to wander into an ER filled with people who don't speak English to try to get care.  I want them to experience as much pain and misery as they can possibly experience.  Human beings learn from pain and repetition.  Some few folks can learn from other people's experience, but that takes the wisdom to do so, and the Left has proven that wisdom isn't just something they don't have, it's something they shun and scorn.

AMY MOSES and her circle of self-employed small-business owners were supporters of President Obama and the Affordable Care Act. They bought policies on the newly created New York State exchange. But when they called doctors and hospitals in Manhattan to schedule appointments, they were dismayed to be turned away again and again with a common refrain: “We don’t take Obamacare,” the umbrella epithet for the hundreds of plans offered through the president’s signature health legislation.

“Anyone who is on these plans knows it’s a two-tiered system,” said Ms. Moses, describing the emotional sting of those words to a successful entrepreneur.


Fuck you and your emotional sting, Amy.  And fuck you sideways up a tree with a chainsaw too.  YOU are the brain-dead fucking Obamawhore who helped push that narcissistic Marxist on this country.  YOU and your Obama-fellating pals are the brainless fucking shitweasels who willingly swallowed the lies and the bullshit from the Democrats and their allies like that fucking worm Gruber.  YOU and the rest of your Obama worshipping drones are the reason that a travesty like Obamacare was put into place.

And in your suffering, Amy, we might be able to find a way to save this country.  Maybe.  If we have time.  But thanks to people like you, Amy, this country is fucked, maybe completely fucked, and if we're on the path with no solution, well then....  I want you to suffer even more.

So take your "emotional sting" and shove it up your ass, right next to your head.  May you never find a doctor who takes Obamacare.  May you never get the treatment you need under your Obamacare plan.  I hope you go bankrupt paying your medical bills to doctors who refuse to take Obamacare.  And I hope we can then use you as an example of who and what not to be in life.