For those who live in the Pugetropolis

It made me laugh.  Because every bit of humor has its roots in the truth. 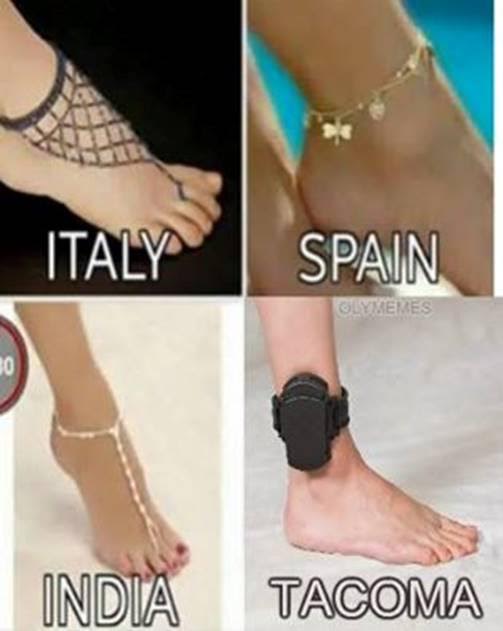 Posted by Ragin' Dave at 07:44 No comments:
Email ThisBlogThis!Share to TwitterShare to FacebookShare to Pinterest
Labels: Random Crap

I am somewhat surprised

At how many homeless people are in Salt Lake City.  It's so bad that businesses have signs up begging people not to give money to panhandlers.

Things you subsidize, you get more of.

I recall listening to Dave Ramsey on the radio one day, and he had a caller on talking about how many people were asking for help from the local church.  The folks at the church were in a bit of a bind, because the number of people asking for help dwarfed what resources they had.  Ramsey told them to ask those who were asking for a hand-out to volunteer at the church.  Something nominal, like a couple hours a week just helping around the place.

Apparently, the people called back, and said that the number of people asking for help had been cut in half.

I submit to you that if you're not willing to do a couple of hours work for the help you're receiving, then you don't need help all that much.
Posted by Ragin' Dave at 22:49 No comments:
Email ThisBlogThis!Share to TwitterShare to FacebookShare to Pinterest
Labels: Life in the City

Fuck the NFL sideways with a chainsaw

When an Army Ranger who made it as an OL is harassed by his coach into apologizing for STANDING FOR THE NATIONAL ANTHEM, then the NFL can officially kiss my ass.

Fuck the NFL.  Fuck the Pittsburg Steelers.  Fuck Mike Tomlin.  And fuck every single over-paid pampered crybaby who whines about oppression while making millions of dollars playing a game.

Fuck them all.  I'm done with them, and I'm not watching a single fucking game from here on out.  And I'm not the only one.


A Packers fan becomes an ex-Packers fan today. It was his decision. I never thought I would see the day a Packers fan burns their gear. 🙁 pic.twitter.com/arKOcaENgv
— Derek Utley (@DerekUtleyCEO) September 25, 2017

I can't wait for Hockey season to start. 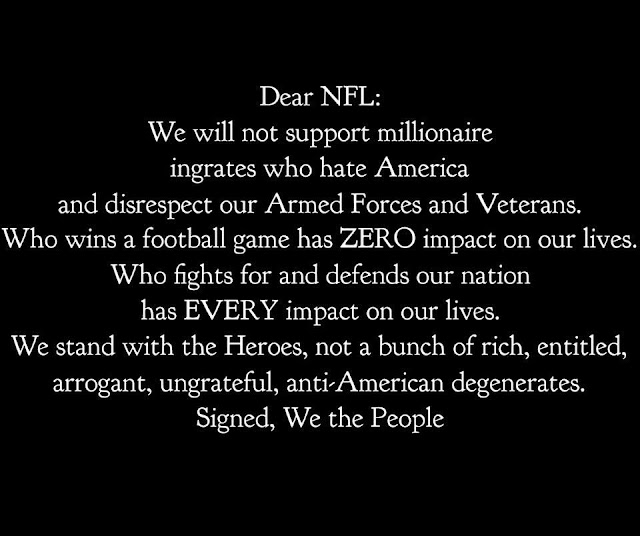 Fuck the NFL sideways with a chainsaw.


Multiple players on both the Baltimore Ravens and Jacksonville Jaguars took a knee during the national anthem in the first NFL game today pic.twitter.com/lSz7IcwhBm
— BuzzFeed News (@BuzzFeedNews) September 24, 2017


These pampered idiotic pieces of shit can kiss my ass.  Hit 'em where it hurts; right in the wallet.
Posted by Ragin' Dave at 07:55 No comments:
Email ThisBlogThis!Share to TwitterShare to FacebookShare to Pinterest
Labels: Sports
Newer Posts Older Posts Home
Subscribe to: Posts (Atom)