Don't know how I'll look at the end of it.  The Ragin' Mrs. is taking pictures.

Oink.
Posted by Ragin' Dave at 08:45 No comments:
Email ThisBlogThis!Share to TwitterShare to FacebookShare to Pinterest
Labels: Personal crap

Posted by Ragin' Dave at 22:57 1 comment:
Email ThisBlogThis!Share to TwitterShare to FacebookShare to Pinterest
Labels: Must View

ISIS says they have 71 Soldiers here in the states

Well, that'll use up some of my 30-06 ammo a bit.  I suppose if they're spaced out far enough apart, I can probably work in some of my 7.62x54R as well.  The Mosin hasn't shot a tyrannical bastard in decades.  It'll be happy to get back to work.

Seriously, these splody-dopes had better chose some Gun-Fearing-Wussy state to attack.  They try this in any state that has a decent gun culture, they won't make it past "ALLAHU ACK-"

"Well hell, Bob!  These hollowpoints really DO make a difference in force delivery!"

Oh, and they might want to avoid a large-scale attack in any state where the hunters outnumber the non-hunters.  Just sayin'.
Posted by Ragin' Dave at 07:00 No comments:
Email ThisBlogThis!Share to TwitterShare to FacebookShare to Pinterest
Labels: Evil Does Exist, Fuck the Fucking Fuckers, Islam

To every person who criticized Pam Gellar

For having the temerity to act like an American in America...

Fuck you.  Fuck you with a fence-post wrapped in barbed wire.

Pamela Geller exposed Islam for what it is.  And at the same time, she exposed modern-day American Leftists, and even quite a few people on the Right, for what they are.  Pasty, mealy-mouthed, gutless, spineless worms who would rather live on their knees than possibly die on their feet.

Let's be blunt here, shall we?  If you cannot defend the 1st Amendment right of free speech without adding a "but" to your argument, you're pathetic.  You're worthless.  And when you show a total lack of willingness to defend one amendment, you can't be counted on to defend any of the others when it counts.

Free speech means FREE SPEECH.  If you add a "but" to that, screw you.

Does that mean the Islamonazis can run around screaming about how they should institute sharia law?  Sure.  Let them.  But I will be standing in front of them screaming about how their pedophile prophet is a child-buggering, boy sodomizing, moon-god worshiping bastard who only deserves to have his grave pissed on.

And when they try to kill me to stop me from speaking, I'll put a bullet in their brain.  Because THAT is what you do to people who try to take away your rights.  THAT is something that the all of the Left and part of the Right need to remember.
Posted by Ragin' Dave at 19:52 2 comments:
Email ThisBlogThis!Share to TwitterShare to FacebookShare to Pinterest
Labels: anti-American, Culture Wars, Domestic Enemies

Keep this in mind

Whenever you hear someone talking about banning "Hate Speech", what they want is the power to ban speech they don't like.

Which means that if they suddenly decide that what you're saying is disagreeable, it's "hate speech", and they will punish you for it.

UPDATE:  It appears that the column is satire.  Sad part is, with the way the Left is going these days, you really can't tell without looking deep into what she's saying.
Posted by Ragin' Dave at 18:59 1 comment:
Email ThisBlogThis!Share to TwitterShare to FacebookShare to Pinterest
Labels: anti-American, Culture Wars

To all the "modern" women out there worried about body image and all that.

Rhonda Rousey does not have a thigh gap.

Rhonda Rousey is hot as hell.

Act accordingly.
Posted by Ragin' Dave at 06:00 1 comment:
Email ThisBlogThis!Share to TwitterShare to FacebookShare to Pinterest
Labels: Culture Wars, War of the Sexes

Oh, and by the way

I didn't watch the Mayweather-Pacquiao fight.  And after reading the reviews, I'm soooooo happy I didn't even bother going to the cigar shop to watch it.  I'm not one of those chumps.

Floyd Mayweather is a loud-mouthed bitch who's made millions off of fighting people who aren't in his class.  Which is why this fight happened now, and not six years ago when Pacquiao would have beaten his ass like a drum.

For all of Mayweather's talk, he's not even half as good as he thinks he is.  Rhonda Rousey would beat his ass.  Connor McGregor would beat his ass.  I'd put up against a tiny little thing like Paige van Zant, and she would beat his ass, because in the end he's not very good, and he's proven that he's not very good by avoiding every single fighter in his prime, and choosing to fight against newbies or people past their prime.  Mayweather can only be defined by the fights which he has fled from, which are legion, and spell his weakness and status as a gutless little bitch for history to view.

And you know what?  Mayweather would never agree to fight van Zant, because he's a gutless little bitch and he knows he'd get his ass beat by a girl.

Oh, and Pacquiao fighting with a torn labrum?  That's a shit move.  But if he didn't fight he didn't get his payday, because Mayweather would have never agreed to fight a healthy Pacquiao.  Because Mayweather is a gutless fucking bitch.  Hell, I'm not even a boxer, and I'd lay even money on me beating his ass like a drum.

Also, nobody would shell out $90 to watch Pacquiao fight with an injury.  And he knew it.  So he kept it quiet, so fuck him too.

This "Fight of the Century" just helped elevate MMA as the dominant spectacle to watch.  I'll never pay money to watch boxing.  Had Mayweather-Pacquiao been good, I would have gone back.  I would have bought in.  But this proves what I've been thinking for a while:  Boxing is dead.  It's all bullshit and crap and Don King's hair.  Don't waste your time on it, unless you happen to like watching 135 pound Mexicans pop each other.  And there's nothing wrong with that.  But if you want to watch actual fighting, pick up the UFC or Strikeforce, and watch some actual fighting, not a skinny black man running away from a Filipino and then hugging him when he got too close.
Posted by Ragin' Dave at 20:01 1 comment:
Email ThisBlogThis!Share to TwitterShare to FacebookShare to Pinterest
Labels: Modern Life 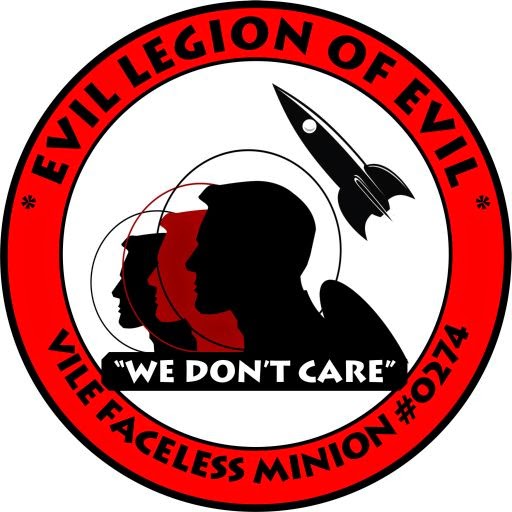 And I don't care!
Posted by Ragin' Dave at 19:06 No comments:
Email ThisBlogThis!Share to TwitterShare to FacebookShare to Pinterest

like having some diseased parasite paw through your car at the park while you're out running the dogs.

Med kit was still there.  I don't carry any actual CD's in the car.  No electronics, because quite honestly I don't have any that I use in the car.  But my sweatshirt was moved around, and they had tried to get into the locked glove box.

I hate this fucking city.  And I hate it because of the people who inhabit it.
Posted by Ragin' Dave at 09:12 No comments:
Email ThisBlogThis!Share to TwitterShare to FacebookShare to Pinterest
Labels: Fuck Los Angeles
Newer Posts Older Posts Home
Subscribe to: Posts (Atom)