Meanwhile, across the pond

Durham University finally offers a course that will allow their graduates to earn money.

Durham University in Durham, England, is reportedly offering its students online lessons on how to stay safe while working as a prostitute. The university also noted that there has been an “emerging trend” of its graduates going on to join the sex industry.

The course is being created by the Durham Students’ Union amid rising rates of Durham graduates taking up work as prostitutes or producing explicit content online, according to a report by GB News.

Might I suggest that if your graduates are joining sex work in order to make money, you should drag every person in charge of the university to some large open area and shoot them in the back of the head.  Because they haven't just failed to teach their students things of worth and importance, they've failed to teach their students anything that could help them survive in this life that doesn't include being a whore.

If I had a daughter and she came home with coursework to teach her how to be a whore, she'd never set foot on that campus again.  Mainly because I would burn that campus to the ground and sow the ashes with salt.

I have been laughing at this for fifteen minutes straight. 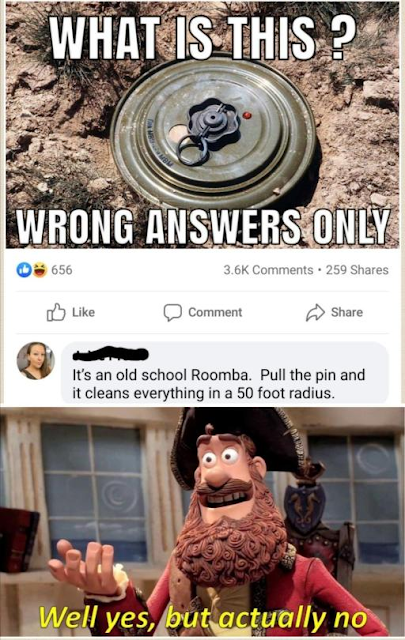 I'm stealing this from another blog

I spent most of yesterday with a buddy of mine.  He's Air Force here, and also in my motorcycle club.  I left my phone in my pocket for the day and didn't check emails until I came back last night.  It was well needed.

But I missed this over at Nobody Asked Me, and it needed to be shared. 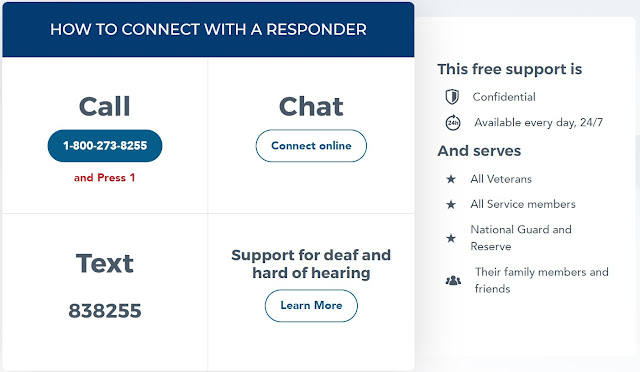 And to my veteran friends - If life is just kicking you in the dick and you need some help, GET SOME HELP.  You'd get help for a broken arm, wouldn't you?  Why is a mental or emotional injury any different?  And yes, it's an injury.  You didn't just wake up one day and suddenly you're feeling a certain way for no good reason.  Injuries need time and they need care in order to heal.  Get the help you need, and don't let it fester and overwhelm you.

I've spent a lot of time working with troops who have PTSD.  Do NOT let it control you.  It's an injury, and it can be healed but you have to take the first steps.

It's a vanity project, nothing more.  But at least I can say I did it once it's all over.

Posted by Ragin' Dave at 01:00 No comments:
Email ThisBlogThis!Share to TwitterShare to FacebookShare to Pinterest
Labels: Personal crap 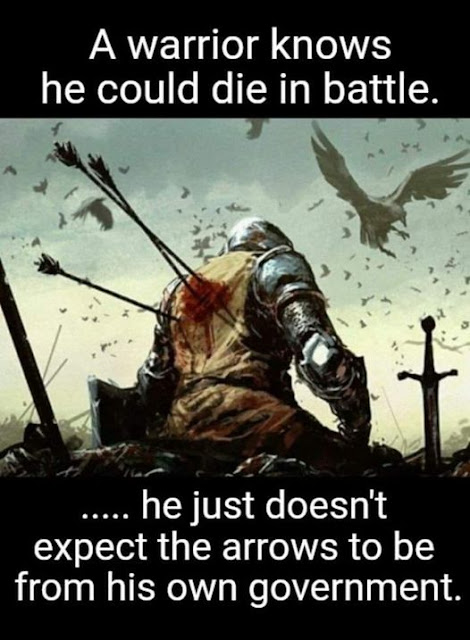 Posted by Ragin' Dave at 07:47 No comments:
Email ThisBlogThis!Share to TwitterShare to FacebookShare to Pinterest
Labels: Fuck Joe Biden 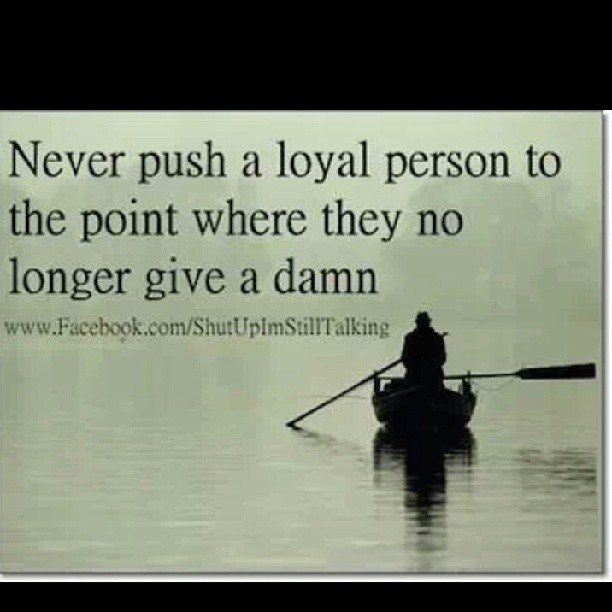 I'd say that point is well past fucking gone, aye?

Posted by Ragin' Dave at 01:00 2 comments:
Email ThisBlogThis!Share to TwitterShare to FacebookShare to Pinterest
Labels: The Death of America

Me in a nutshell. 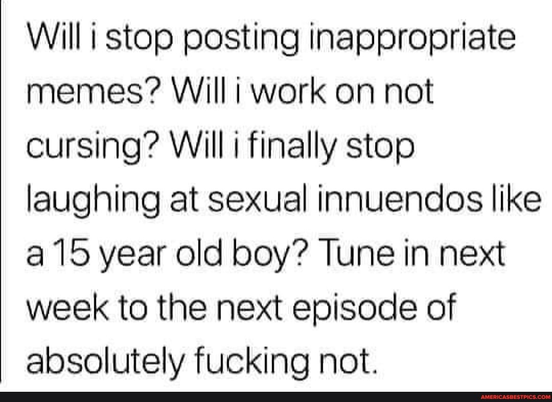 Posted by Ragin' Dave at 17:08 No comments:
Email ThisBlogThis!Share to TwitterShare to FacebookShare to Pinterest
Labels: Meme LIfe

To paraphrase: The "Peaceful Minority" is irrelevant

Anybody remember that Brigitte Gabriel video, where some young female muslim in a hijab tried to get Gabriel to talk about peaceful moose-slimes, and Gabriel was having none of it?  The phrase that the young little splody-dope factory was using was "the majority of muslims are peaceful", to which Gabriel responded "The peaceful majority is irrelevant".

Well, at this point I don't think the patriots in the FBI are the majority.  They're the minority, which makes them even more irrelevant.

Did the FBI raid O’Keefe to teach him a lesson? They asked him not to publicly discuss the diary raids. He decided to go public after a New York Times reporter called one of his employees an hour into one of the Project Veritas raids, which the FBI asked O’Keefe to keep quiet about. The FBI must have told the reporter about the raid, so O’Keefe went public too. The next thing he knows, he is slammed against a wall in his underwear as his neighbors watched.

The FBI is nothing more than the DNC's good squad.  I don't know how long it's been that way.  It was certainly that way over Obama's tenure, but it could have started with the Clintons.  All I know is that the FBI has done less to stop terrorism, and more to terrorize honest, good American citizens.  Every splody-dope shooter in the past few years?  The FBI has known about them and done nothing.  The kid in Parkland?  The FBI was called several times about people worried that the kid was going to do just whatt he did, and they did nothing.

But they'll raid James O'Keefe's apartment over a book that O'Keefe had already given to law enforcement.  Because that book might make Drooling Joe and his puppet masters look bad.

Again, the FBI is just the DNC's goo squad.  And any patriots out there who are in the FBI are irrelevant, because they're not going to be able to stop the corruption.  They'd be better off leaving the FBI and finding a local Sherriff's office if they actually want to be able to help the average American.

Posted by Ragin' Dave at 06:40 2 comments:
Email ThisBlogThis!Share to TwitterShare to FacebookShare to Pinterest
Labels: Burn It To The Ground, Illegitimate and Corrupt, Total Corruption 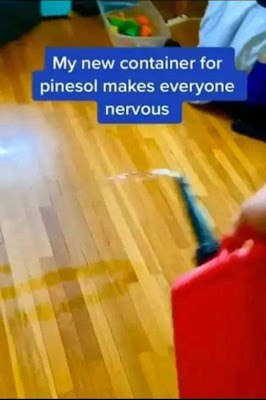 Sorry for not posting this morning, but the day pretty much started with be sprinting out of bed and I just now got home for a cigar and some booze.  Give me a moment here.

Also, I'm up to 17,500 works for NaNoWriMo.  I think I'm doing OK.  Gonna need some serious editing though.

Remove this, you fucking Marxist shitlibs 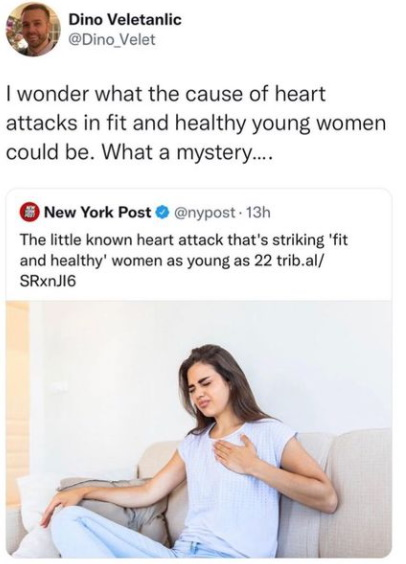 Posted by Ragin' Dave at 16:41 1 comment:
Email ThisBlogThis!Share to TwitterShare to FacebookShare to Pinterest
Labels: The Vaccine is the Virus

I just need to retire and move to the woods 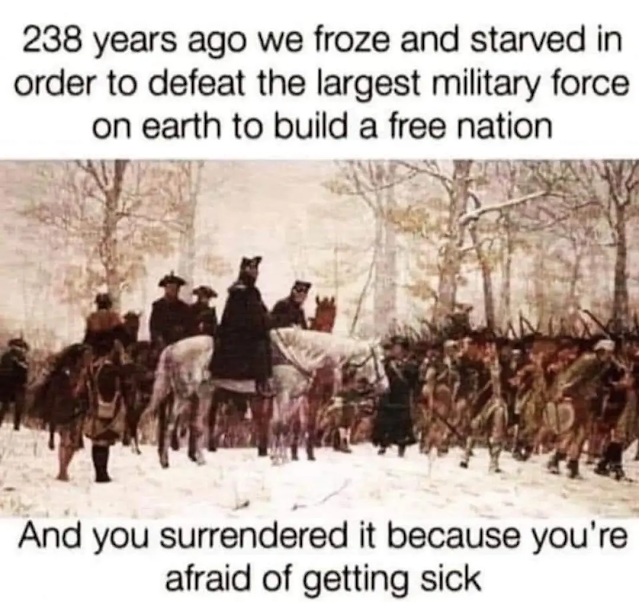 Fuck you, Google. Fuck you, Blogger. Fuck you, fuck your whore of a mother and fuck the father you never knew because he didn't pay for the first time

Blogger just unpublished five of my posts that questioned the vax narrative, including the post that revealed Italy revising it's Kung Flu numbers down from 150,00 to around 3000.

Anyone have recommendations for a blogging platform?  I will NOT be controlled by a fucking Big Brother Marxist piece of anti-American dick drippings.

Well, this weekend was informative

Had to sit in on the Commander's Update Brief, as my boss was far away doing an inspection.  The resistance to the jab at the senior levels of the Army is pretty much non-existent.  There is absolutely no push-back what so ever.  I didn't know what I was expecting, and honestly given what I've seen over the past two years I shouldn't have been surprised.  But it was still a little heart breaking to see all these senior officers talking about "reeducating Soldiers" and discussing ways to enforce compliance.

As for the numbers, between requests for religious accommodation, administrative exceptions, medical exemptions and flat out refusals, those troops make up about 10-15%.    By the time things filter out, it'll be about 5-8% of the force that will be told to either get the jab or face the consequences.  The administrative exemptions are people are are getting out, or going into the IRR, or some other administrative reason why the Army can't force them to get the jab, but they were getting out in any case.

How many people in America are willing to tell the government to fuck off?  I don't know, but it's far less than 50% right now.  This country is not going to survive when so many people are brainless sheep.

Posted by Ragin' Dave at 06:11 2 comments:
Email ThisBlogThis!Share to TwitterShare to FacebookShare to Pinterest

Posted by Ragin' Dave at 01:00 No comments:
Email ThisBlogThis!Share to TwitterShare to FacebookShare to Pinterest
Labels: Real Music

Billy Strings "Meet Me At The Creek"