Cooking lunch for bunches of people.  See you tomorrow!
Posted by Ragin' Dave at 06:06 No comments:
Email ThisBlogThis!Share to TwitterShare to FacebookShare to Pinterest
Labels: Personal crap

Jumping around my brain

Are a couple of various thoughts.

One - that schools post from TSM that I linked to on Wednesday, if you haven't read it GO READ IT.  And then go read Neo-Neocon's post about how America views it's political leaders:


We assume that the cure will be worse than the disease. We expect that the bills will be rushed through without proper debate and enacted at the stroke of midnight, like evil spells in a fairy tale. We are no longer surprised at the depth and breadth of the corrupt and shady behind-the-scenes deals involved. We know the legislations will be lengthy and complex. We do not think our representatives possess the intelligence to even understand the bills they pass—that is, if they bother to read them at all—and either do not appreciate their negative consequences or actually intend them to do us harm. We know that, just when we think we’ve driven a fatal stake into the heart of an unpopular bill, it rises and staggers forward to attack us.

Ladies and gentlemen, one leads to the other.  One of my co-workers recently related how he dealt with a younger relative of voting age who tried to use Nancy Pelosi as an example of what's wrong with the Republican Party.

Co-Worker's Relative (CWR): "She's so stupid!  I can't believe the Republicans keep her around!"

CW:  "Why are you blaming Republicans for Nancy Pelosi?"

CWR:  "Because she's a REPUBLICAN!"

CW:  "And who is in control of Congress right now?"

CW:  "And who votes for the Speaker of the House?"

CW:  "No, the Party in majority votes for the Speaker of the House."

CW:  "The Party.  Who is in the majority.  Votes for the person who becomes Speaker of the House."

If you want to know why America elected a corrupt Chicago Communist with no record of success at ANYTHING that wasn't handed to him on a silver platter, all you have to do is look at the failure of the American publik skool sistim.  How many people know high-schoolers who cannot name the three branches of the federal government?  I recently was on a forum where someone actually made the claim that instead of passing an immigration bill, Arizona should have made illegal entry into America a federal crime.

Just......  fuck.  How can you compete with idiocy like that?  That's a nuclear grade moron right there.  If you were to drop that person into Iran, all nuclear weapons production would cease because he would immediately lower the collective IQ of the entire fucking country by fifty points.  Another fine graduate of the publik skool sistim.

When people can no longer understand how the government works, they will latch on to the first huckster with a smooth delivery who promises to save them.  And I'll bet money that is why the Teleprompter Jesus won the election.  Because when you don't know how your own government operates, then you are unable to tell when you're being lied to.

The Mojave Desert Cross can stay

So says the Supreme Court.  Of course, the fact that it even made it this far makes me want to puke.  The ACLU has long since ceased to represent Americans as a whole, and now represents the far Left lunatic fringe of the worse kind of anti-American idiots.

Anyone who wants to take a cross down from a war memorial can kiss my ass.
Posted by Ragin' Dave at 05:21 No comments:
Email ThisBlogThis!Share to TwitterShare to FacebookShare to Pinterest
Labels: Musings and Meanderings

Yes, seriously.  Complete with rooftop snipers.  Because you never know when those dangerous grannies are going to whip out milk and cookies and pamper you to death!

My lord, Obama must really want some sort of incident he can blame on the right.  He's pushing so very hard to get a reaction.

I wonder just what the SWAT team was thinking as they rolled out?  I mean, if they get orders to roll, they roll.  You can see in the pictures; their body language doesn't indicate they think there is ANY threat what so ever.  So they get a call to come out, they get all dressed up, and then march down the street to confront those tea-partying grandmas.  Take a look at the second picture - either the guy on the right is speaking into a microphone, or he's yawning.  Although I think I see a microphone cord stretching across his chest.  The entire line is standing there relaxed.  They know there's not a threat.  They got called out for this?

The people who called them out need to get fired.  That's a waste of man-hours and money.

Oh, wait, we can fire them in 2012.  Yay.
Posted by Ragin' Dave at 04:56 No comments:
Email ThisBlogThis!Share to TwitterShare to FacebookShare to Pinterest
Labels: Obama, Tea Parties

Quote of the day II

“I’m sick and tired of Obama and the White House coming out with yet another new crisis that has to be fixed by government sticking it to the people and taking more of what we earn and produce. Instead of allowing our small businesses especially to keep what we earn… But see, to many in the White House including our own president, I don’t know when they’ve run a business. I don’t know when they’ve been a CEO where they had to look out for the bottom line and they had to make payroll and live within their own means with a budget. They’re from government. They’re community organizers. They’ve been spending other people’s money for so long that the free enterprise principles that all of us believe in, it’s all foreign to them.“

Emphasis mine.  And damn skippy.  THAT is why we love Sarah Palin in this house.
Posted by Ragin' Dave at 05:01 No comments:
Email ThisBlogThis!Share to TwitterShare to FacebookShare to Pinterest
Labels: QotD

That I'm in my crazy period?

Pardon me if I don't write pithy essays for a while.  Sometimes short posts are all that's available.
Posted by Ragin' Dave at 04:57 No comments:
Email ThisBlogThis!Share to TwitterShare to FacebookShare to Pinterest
Labels: Personal crap

Done as only Kevin Baker can do.  Too long to excerpt, just go and read the whole thing.  Ladies and gentlemen, if you have children in public school, you had best be ensuring that those schools are teaching your children actual subjects and not a bunch of feel-good pablum that wouldn't get them a job as a burger-flipper at Micky D's.  And then if you find those schools are failing, PULL YOUR KIDS OUT.  I'm willing to bet that most parents, armed with a math book, could teach their kids much better than any certified "teacher".  And if you need proof, just look as TSM's resident liberal, Markadelphia, is completely dismantled in the comments to that post.  And then keep in mind that Markadelphia claims to be a TEACHER.

If he's a teacher, then he's the picture perfect example of why you should never allow your kids within a mile of a public school.
Posted by Ragin' Dave at 04:56 No comments:
Email ThisBlogThis!Share to TwitterShare to FacebookShare to Pinterest
Labels: Must Read, Publik Skool

DANE has one hell of a post up detailing the Left's current crop of smear merchants and their favorite accusation.  I was going to do a post about it, but he'd beat me to the punch. with his usual diligence and research.  And once you're done reading DANE's post, I suggest you go read Ace's post on the subject as well.  They'll both take you a nonce, but you won't regret it.
Posted by Ragin' Dave at 05:16 No comments:
Email ThisBlogThis!Share to TwitterShare to FacebookShare to Pinterest
Labels: Linky Love, Must Read, Racism?

The economic report released last week by Health and Human Services, which indicated that President Barack Obama's health care "reform" law would actually increase the cost of health care and impose higher costs on consumers, had been submitted to the office of HHS Secretary Kathleen Sebelius more than a week before the Congressional votes on the bill, according to career HHS sources, who added that Sebelius's staff refused to review the document before the vote was taken.

Here we have proof that the President of the United States sat on a report and LIED HIS WORTHLESS, COMMUNIST FUCKING ASS OFF TO THE AMERICAN PEOPLE.

Tar and feathers people.  Tar and feathers.
Posted by Ragin' Dave at 05:11 No comments:
Email ThisBlogThis!Share to TwitterShare to FacebookShare to Pinterest
Labels: Government Health Care will kill you, Obama, Total Corruption

And if you haven't seen it yet

Remember November.  Go forth and watch.

And as for all the barking moonbats howling about how this is redolent of Guy Fawkes and "terrorism", if that day comes, it'll it won't look anything like this video.  Because if it ever gets to the point where the Leftists have pushed the sane half of this country into a shooting war, they're going to make sure it won't happen more than once.  And they're damn sure going to win that war.
Posted by Ragin' Dave at 05:58 No comments:
Email ThisBlogThis!Share to TwitterShare to FacebookShare to Pinterest
Labels: Musings and Meanderings

If you go to Kellogg, Idaho

They're gone now, of course.  In fact, the "NO EPA" signs might also be gone, because there aren't enough local natives left to keep up the facade that Kellogg is anything but a tourist-dependant town.  The EPA effectively killed the entire industry base in the Silver Valley.  And they did it without firing a shot.  All those unelected bureaucrats did was make it illegal for the mines to do business, one regulation at a time.

Well guess what, boys and girls!  The EPA is coming to your home sooner than you think!

If your home or commercial property was built before 1978, the EPA will fine you $3,500 for each 'incorrect' sanding, cutting and rehab project. Which means if Joe Homeowner replaces 10 windows in a home incorrectly, he will face a $35,000 fine.

At this point, I am more than willing to pay cash on the barrel so that there's no record of any work being done on my house.  "Work?  Replaced?  No, those windows were like that when I bought the place.  Prove me wrong."  And I'm more than willing to bet that a good portion of America, like the complacent sheep they are, will simply nod their heads and bleat when they're told by their government masters and lords.

Good god, what this country has become makes me sick.
Posted by Ragin' Dave at 05:39 No comments:
Email ThisBlogThis!Share to TwitterShare to FacebookShare to Pinterest
Labels: The Death of America

OK, so it's not church music, but it's a good example of why I love Country music.  R&B singers don't have one-tenth of this guy's musical talent and ability.

He could be successful no matter what genre of music he performed.  You want more?  OK.

Perfect music for a Sunday.
Posted by Ragin' Dave at 08:41 No comments:
Email ThisBlogThis!Share to TwitterShare to FacebookShare to Pinterest
Labels: Real Music

And for at least one day I'm trying to avoid any outrage.  Gotta watch that blood pressure!  So instead, the Ragin' Mrs. and I are going to head down to Cabela's after church, and then once we get back we're going to make sausage.  And eat cheese.  And drink beer.  We're in Wisconsin, dammit!  It's a way of life here! 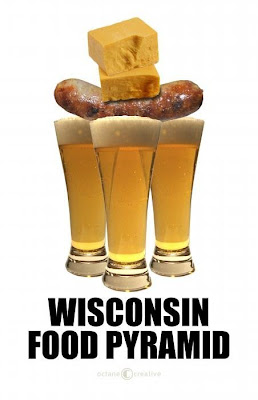