A random photo from my travels 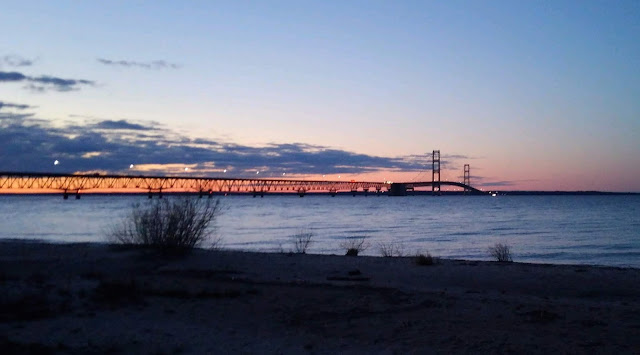 Even with all the traveling I've done, I've only seen a fraction of what this country has.
Posted by Ragin' Dave at 23:00 6 comments:
Email ThisBlogThis!Share to TwitterShare to FacebookShare to Pinterest
Labels: Photo Time

Today, I sat on my parent's front porch, drinking coffee, smoking a cigar, and enjoying a Northwest rain storm.

Given that I've spent the past couple of years living in an area where an average rainy day could drown a whale, it was a rather nice change of pace. 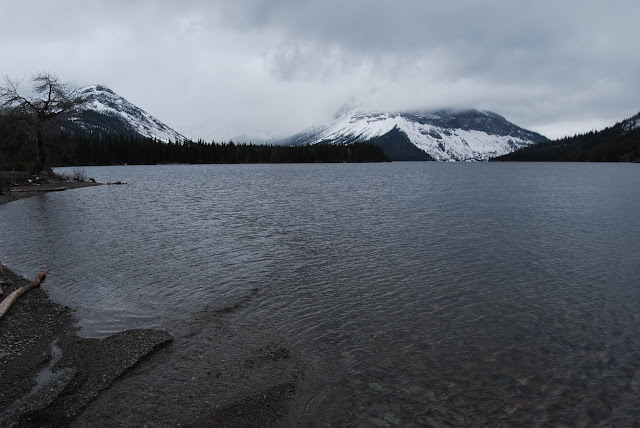 At the request of Peter Grant..

Spread this far and wide.

Posted by Ragin' Dave at 23:30 No comments:
Email ThisBlogThis!Share to TwitterShare to FacebookShare to Pinterest
Labels: Must View

Closer than they know

The Tale of Two Coups, with special emphasis on this paragraph:

It is unclear to me how many of the plotters will end up in the poor house or jail – sadly I suspect most will skate – which means that the distrust of government which fired up the Tea Party and the Trump campaign is not going to dissipate. So far, and so long as some perp walks occur fairly soon, that distrust has not mutated into violence but it could. The wrong person (Comey say) pulling a “don’t you know who I am?” schtick to the wrong crowd could be just the right spark that leads to a broad selection of new lamp post decorations drawn from the senior ranks of the administrative state, congress and the media. I am quite sure that a lot of Trump/Tea Party sorts would not spend a lot of time mourning these lot being shuffled off this mortal coil somewhat prematurely, and that is, in itself, a major cause for alarm. The delporables, the bitter, gun and religion clinging hicks from the sticks, can see how they are being ignored and generally taken for granted (when not being actively insulted) and there’s a limit to how far they can be pushed. I think (fear) we are a lot closer to that limit than most people in Washington DC believe.

And yes, that point is a lot closer than most people in Washington D.C. could even think of.  If the entire Democrat Party leadership was hung from lamp-posts for their crimes against the Constitution, I would consider it a good start.  I wouldn't shed one tear, and I wouldn't help the authorities figure out who did it, as the "authorities" have proven themselves to be nothing more than DNC goons.

And despite my nom de cyber, I'm actually fairly moderate in how I respond to threats.  Which means there are a whole lot more people writing "PELOSI" and "AOC" on the cases of whatever long-distance rounds they're happy with.
Posted by Ragin' Dave at 23:00 3 comments:
Email ThisBlogThis!Share to TwitterShare to FacebookShare to Pinterest
Labels: Domestic Enemies, Politics, The Death of America 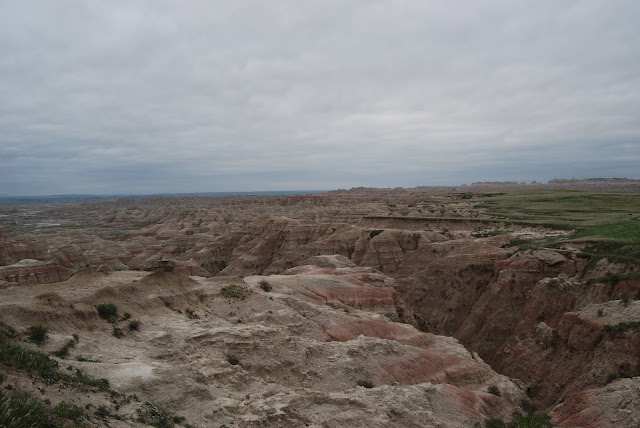 I've been to a few national parks in my day.  The Badlands was an experience where every time we rounded a bend in the road, we had to stop and take pictures.
Posted by Ragin' Dave at 23:00 1 comment:
Email ThisBlogThis!Share to TwitterShare to FacebookShare to Pinterest
Labels: Photo Time

This is what they do in their countres

And this is what they do in ours.

Precinct Minneapolis Crime Watch page said that University of Minnesota (U of M) police were requesting assistance from Minneapolis police (MPD) and Metro Transit police for “a group of 8-10 males chasing people with hammers” and that some people were injured. A Facebook post a minute later on Minneapolis Scanner page said that the three police departments were responding to “multiple [911] calls” about “10-12 Somali teen males armed with hammers chasing people,” also with “several injuries reported.” Both Facebook pages regularly post summaries of police scanner audio.


Bleeding heart liberal dipshits moved hundreds of thousands of Somalis into our country, claiming that they were "refugees" and needed to live here to be safe.  No one bothered to actually look around and see that it was Somalis butchering other Somalis and anyone else who wasn't from their little tribe.

So now we have low-IQ, inbred, Islamic barbarian savages going on a rampage in a city that welcomed them and gave them opportunities that they never could have had back in their country.  Do not be surprised if the scorpion you're cuddling stings the ever-living shit out of you.  That is what a scorpion does.  If there is anything that musloids are good at, it is infesting a civilization and destroying it, while being completely incapable of replicating that which they are destroying.
Posted by Ragin' Dave at 08:04 1 comment:
Email ThisBlogThis!Share to TwitterShare to FacebookShare to Pinterest
Labels: Islam, The Death of America

You know you're down South when....

On the description of a Church, there is the phrase "Yankee Army camp" included. 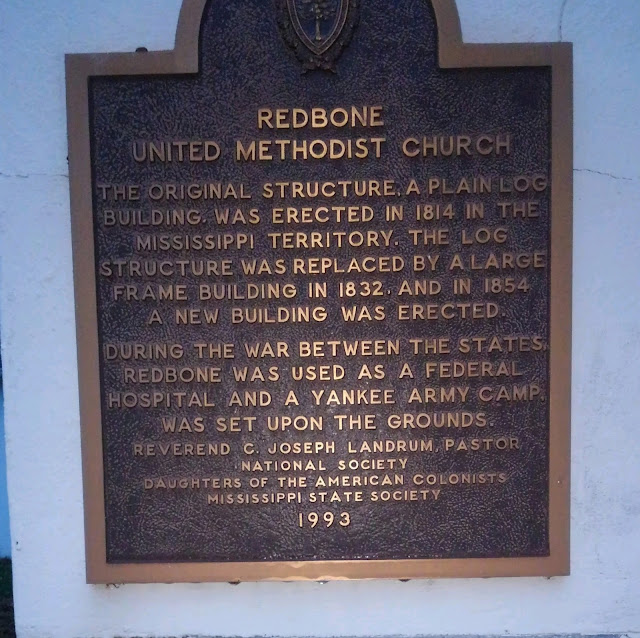 They have a Soldier from the Revolutionary War buried in their cemetery, as well as multiple Civil War vets.
Posted by Ragin' Dave at 23:30 No comments:
Email ThisBlogThis!Share to TwitterShare to FacebookShare to Pinterest
Labels: Photo Time

So much for that free press

It'd kind of odd that while I've had access to news channels for the past week, I've heard absolutely zero about this.

Carmody claims he was restrained in handcuffs for nearly six hours as the authorities ransacked his home, seizing “laptops, phones and hard drives — including all the images and documents he had archived from his 29-year career as a reporter and cameraman,” the report adds.

Law enforcement officials have neither denied nor contradicted the freelancer’s version of events. The San Francisco Police Department has not yet returned Carmody’s equipment. The raid, which was approved by two trial court judges, also included agents from the FBI.

And all because Carmody refused to give up a confidential source, as is his right. The mayor sees it differently, though, and she is digging in.


If we had a free and independent media in this country, they would probably be raising hell right now.  But since the media in this country is nothing more than the Democrat Party Media Machine, they're not going to say a peep about a journo in deep-blue commie country in their favorite state.

Fuck 'em all.
Posted by Ragin' Dave at 06:31 No comments:
Email ThisBlogThis!Share to TwitterShare to FacebookShare to Pinterest
Labels: The Media is not your friend

Plenty of knick-knacks, but the Mrs. needed a Jackalope.  Many moons ago, a Soldier and I convinced another troop from Chicago that Jackalopes existed, and were running rampant over the Mid-West.  She bought that line for about a month, but eventually figured it out.  After she took a drive-about to a couple of Mid-West states, she brought back a little jackalope bobblehead figurine, and the Mrs. kept that in her car for years.  It eventually broke in one move or another, and she's been without a jackalope for a while.  Well, that's been taken care of.

They also have buffalo burgers.  Which are awesome.

We expected some touristy schlock, and they certainly have that in spades.  But they have lots of cool stuff here.  If we weren't in the middle of a move, we'd have added some clothing and quite a few books to our stuff.
Posted by Ragin' Dave at 23:00 1 comment:
Email ThisBlogThis!Share to TwitterShare to FacebookShare to Pinterest
Labels: Personal crap
Newer Posts Older Posts Home
Subscribe to: Posts (Atom)