So here's a little bit of the soundtrack from me youth.

I can't tell you how many times I've screwed up the lyrics of this song while driving some back road after midnight, awake by the grace of caffeine and nicotine.
Posted by Ragin' Dave at 03:45 No comments:
Email ThisBlogThis!Share to TwitterShare to FacebookShare to Pinterest
Labels: Real Music

I got nothing right now 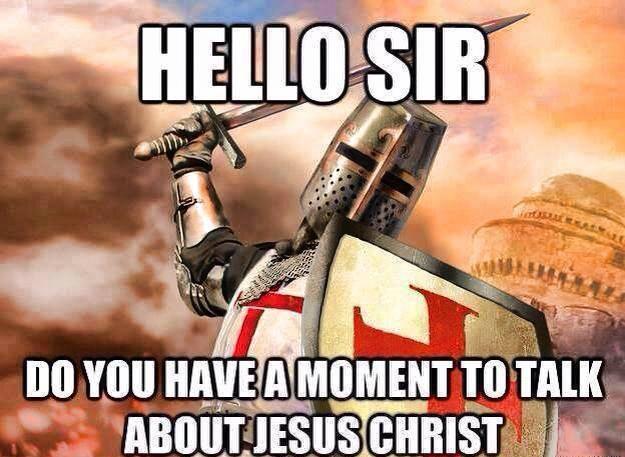 Obama - the skidmark in the toilet that won't go away

Hey, guess who likes to go around the world and say that America-loving patriots have "too much patriotism"?  It's our not-so-favorite anti-American Marxist shitwad, Bathhouse Barry Obumblefuck!

While most Americans are gathering with family and community this weekend to celebrate the most exceptional country in the history of the world, Mr. Hope and Change is halfway around the world talking doom and gloom — and criticizing his successor.

Barack Obama visited Indonesia this weekend, and in a series of appearances, attacked love of country and the policies of Donald Trump.

That classless, jug-eared fucking lump of shit is simultaneously the worst thing that has ever happened to this country, and yet the best thing that can keep happening for Donald Trump.  Because every time he opens his mouth, he reminds people of why Donald Trump won.

Who wouldn't have a job if his fucking mob boss of a father wasn't governor of New York, likes to act like a tough guy on TV when he's sitting protected in a studio.

Co-host of CNN’s “New Day” Chris Cuomo deleted a tweet Wednesday in which he proposed revealing the identity of the Reddit user who posted the CNN wrestling video of President Donald Trump.


Pathetic gutless little bitch Chris Cuomo, who's somewhat smarter than a rotting possum carcass (but not by much) must have had a lawyer come talk to him after he tweeted that.

Cuomo characterized Trump’s attempts to hit back at CNN via social media as an attack on the press and said that Trump was trying to make the media an “enemy of the state.”


Pathetic gutless little bitch Chris Cuomo, who has ridden his daddy's coattails to any success he's had, apparently doesn't realize that the internet is forever.
Posted by Ragin' Dave at 15:55 1 comment:
Email ThisBlogThis!Share to TwitterShare to FacebookShare to Pinterest
Labels: Die Screaming, Dirty Fucking Hippy Losers, Fuck the Fucking Fuckers, The Media is not your friend

I have found this to be mostly true


The higher a woman's education, the lower her chance of having kids.

A dearth of marriagable men has left an “oversupply” of educated women taking desperate steps to preserve their fertility, experts say.

The first global study into egg freezing found that shortages of eligible men were the prime reason why women had attempted to take matters into their own hands.

Some women get their education after they've had kids, so there's a sample size out there that skews the demographics a bit.  But a woman's natural desire to marry up means that lots of women out there are going single for a long time.  And sorry ladies, but fertility delayed is fertility denied.  Good luck having kids after 35.

How I spent my 4th of July:  Running.  Which turned out to be a bit of a mistake in the heat and humidity, but screw it I wanted to run.  Then cigar and coffee.  Then brewing.  Then food and friends.

CNN apparently spent their 4th of July hunting down the kid who came up with the Trump/CNN Wrestlemania meme and threatening to dox him if he didn't delete everything and apologize.

No, really.  This is what they did.  And Twitter is naturally expressing their opinions.


CNN tracks a 15 year old meme maker down in a few days but can't prove Russia conspiracy in over a year. #CNNBlackmail
— Randy Newton (@threezeroleft) July 5, 2017

Scratch a Democrat, find a dictator.  Scratch a "progressive", find a fascist.

I'm going to enjoy watching what comes down the pike for the worthless fucking lying bastards at CNN.
Posted by Ragin' Dave at 05:26 No comments:
Email ThisBlogThis!Share to TwitterShare to FacebookShare to Pinterest
Labels: Die Screaming, Fuck the Fucking Fuckers, The Media is not your friend


I'm not doing a damn thing today I don't want to do.  Peace!

In other words, there is no such thing as "Chicks with Dicks"

There are only sad, mentally ill men with boob jobs.

Dr. Paul R. McHugh, the Distinguished Service Professor of Psychiatry at Johns Hopkins University and former psychiatrist–in-chief for Johns Hopkins Hospital, who has studied transgendered people for 40 years, said it is a scientific fact that “transgendered men do not become women, nor do transgendered women become men.”

All such people, he explained in an article for The Witherspoon Institute,  “become feminized men or masculinized women, counterfeits or impersonators of the sex with which they ‘identify.’”


Johns Hopkins was one of the first hospitals to do gender re-assignment surgery.  They no longer do so.  Because as doctors, they looked at the results and found that the surgery did nothing to improve the lives of the people who went through it.  Which means that the surgery wasn't correcting anything.

Well, if the surgery isn't correcting anything, then they've mis-diagnosed the problem, haven't they?

“In fact, gender dysphoria—the official psychiatric term for feeling oneself to be of the opposite sex—belongs in the family of similarly disordered assumptions about the body, such as anorexia nervosa and body dysmorphic disorder,” said McHugh.

“Its treatment should not be directed at the body as with surgery and hormones any more than one treats obesity-fearing anorexic patients with liposuction,” he said.

In fact, at Johns Hopkins, where they pioneered sex-change-surgery, “we demonstrated that the practice brought no important benefits,” said Dr. McHugh. “As a result, we stopped offering that form of treatment in the 1970s.”


I would like to point out that there is nobody, and I mean nobody on the pro-tranny side of the debate that can come close to even matching the people at Johns Hopkins in terms of their knowledge, experience, and education.

Transgenderism is a mental disorder.  That doesn't mean you throw rocks at them while chanting "Unclean!  Unclean!"  But it does mean that you do not go along with allow them to mutilate themselves or inject themselves with hormones in an attempt to be something they are not.
Posted by Ragin' Dave at 07:45 2 comments:
Email ThisBlogThis!Share to TwitterShare to FacebookShare to Pinterest
Labels: Cultural Rot, Modern Life, Nucking Futs

He's talking about Canada, but it applies to the USA