The Leftist Rot in Civilization

Reading Sarah Hoyt's new post, when this paragraph jumped out at me.

Turns out that pulling apart society for the sake of pulling it apart, tearing down “the way it’s been done” just for the sake of doing so, and shocking the bourgeois because it’s so much fun doesn’t actually build anything worth looking at or reading.  What it does is harden the viewer/reader to the point that you have to go ever further out to build ever more heretical visions and create ever more outrageous shocks, which then become the status quo.

When's the last time you were really excited about a new artist?
Posted by Ragin' Dave at 11:31 No comments:
Email ThisBlogThis!Share to TwitterShare to FacebookShare to Pinterest
Labels: Cultural Rot

And found out that there's some kid named Rypien is now their QB after the starter broke his ankle. 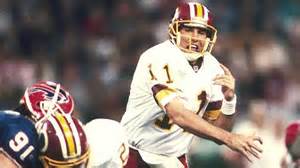 And this Rypien kid IS from Spokane, which is Mark Rypien's old stomping grounds....

Ah, apparently it's his nephew.  And apparently he's been giving his nephew some lessons, eh?
Posted by Ragin' Dave at 11:16 No comments:
Email ThisBlogThis!Share to TwitterShare to FacebookShare to Pinterest
Labels: Huh?

OK, this is disgusting

Some CongressCritter rushed to drink from Pope Francis' water glass after he left.

On the other hand, that's better than all the media rushing to drink from Obama's water glass.  But still - the Pope isn't divine, folks.  The Pope isn't God.  He doesn't give the water any special holiness just because he drank from the glass.

And on top of all that, it's disgusting.

Stop treating the Pope like a deity.  He's just a man.  He's a Bishop; the Bishop of Rome, to be exact.  The water from his glass isn't any holier than the water in my glass, and treating him as if his touch somehow makes water holy goes against the protocols of the Catholic Church.
Posted by Ragin' Dave at 05:00 No comments:
Email ThisBlogThis!Share to TwitterShare to FacebookShare to Pinterest
Labels: Nucking Futs, Religion

Speaker John A. Boehner, under intense pressure from conservatives in his party, will resign one of the most powerful positions in government and give up his House seat at the end of October, throwing Congress into chaos as it tries to avert a government shutdown.


This is one-half of what needs to happen.  Now that Turtle-faced Turd in the Senate, Mitch "I love sucking Obama's cock" McConnell, needs to get his ass fired.
Posted by Ragin' Dave at 08:35 No comments:
Email ThisBlogThis!Share to TwitterShare to FacebookShare to Pinterest
Labels: Politics

Would would you do?

A post over at Rural Revolution brought the question "What would you do if you won the lottery?"

Of course, like Mrs. Lewis I'd have to play the lottery in order to win it.  But, what would I do?

#1 with a bullet:  Pay off debt.  Be debt free, because that is true freedom.
#2:  Invest, invest, invest.  Stocks.  IRAs.  Gold.  Real Estate.  Especially things that give me dividends on a monthly basis.
#3:  Throw one hell of a party for family and close friends. A one time deal.  Open bar, good cigars.
#4:  Buy my brother a house.  Family first.
#5:  Open up the business that the Mrs. and I want to open, and work my ass off in a job that I love.  And that's the real kicker.

Humans are meant to work.  If you don't work, you die.  Some people die internally, where their souls just wither away.  Some people just flat out die.  I've known far too many military folks who retired, and less than a year later were in their grave.  If you don't have purpose in your life, you decay. I fully plan on working until the day they carry me out of my house feet first.  Oh sure, I'll have time for reading and hunting and cigars and scotch after a successful hunt, but I'll have a job until I'm called by God to whatever my eternal reward might be.

Just sitting around on your ass leads to an early death.  I'd rather be productive in some form or fashion, even if it's just cleaning up around the old church while I'm in my 90's.  Or collecting eggs from the hen house and driving them to a neighbor who needs them.  It's not about bringing in a paycheck, it's about keeping your soul alive and well.
Posted by Ragin' Dave at 21:00 1 comment:
Email ThisBlogThis!Share to TwitterShare to FacebookShare to Pinterest
Labels: Musings and Meanderings

Please take your calls for the "distribution of wealth" and go back to Argentina.  What you are calling for is THEFT.  It is THEFT, born out of ENVY, and it is a SIN.  You are calling for people to SIN against their neighbors in the service of your Marxist ideology.

Pope Francis, you are a disgrace to the papal seat and the Bishopric of Rome.  You need to resign for the good of the Church, and let someone better, smarter and more capable replace you.
Posted by Ragin' Dave at 20:09 No comments:
Email ThisBlogThis!Share to TwitterShare to FacebookShare to Pinterest
Labels: World Affairs

And this is by design

Bring in non-Americans to vote for you?  Sure, that'll work.  That's why they're so hellbent on granting Amnesty to all the border-hopping wetbacks who come from socialist countries, and who will vote for socialist policies.  But when you start inviting in everybody, you cannot control who will come in.  And those people who come in might not be who or what you want to replace the Constitution.

According to the just-released survey of Muslims, a majority (51%) agreed that “Muslims in America should have the choice of being governed according to shariah.”  When that question was put to the broader U.S. population, the overwhelming majority held that shariah should not displace the U.S. Constitution (86% to 2%). …

Even more troubling, is the fact that nearly a quarter of the Muslims polled believed that, “It is legitimate to use violence to punish those who give offense to Islam by, for example, portraying the prophet Mohammed.”

The thing about Sharia - if the muslims around you want to live under sharia, and you do not, that's too bad.  Either live, or be subjected, because that's how Islam operates.  It's a brutal political scheme disguised as a religion.

So, given that pResident Putt-Putt wants to bring in thousands of even more of his ideological brethren from Syria, I can foresee a future in this country where the urban areas contain sharia courts, where entire neighborhoods are controlled by the kiddie-diddling followers of a pedophile prophet, while the well-armed rural areas continue to follow the US Constitution.

Of course, given that Obama just handed Iran nukes (with the aide and help from GOP leadership) the actual Constitution, that piece of parchment in a museum in D.C., probably won't exist anymore by the time I'm dead.  What with the vaporization and all.

Anyways, I don't mean to be all cheery and happy on you today.  And to be honest there's a silver lining to every cloud, right?  When Iran starts to vaporize US cities with their Obama-nukes, hopefully they'll detonate one right in the middle of LA, thus wiping this cancerous tumor off of America permanently.

Hey, they voted for Obama, they deserve whatever they get.
Posted by Ragin' Dave at 09:01 2 comments:
Email ThisBlogThis!Share to TwitterShare to FacebookShare to Pinterest
Labels: Islam, The Death of America

It seems that Obama, much like the anti-GamerGate crowd, prefers their allies to be pedophiles and perverts.
Posted by Ragin' Dave at 08:36 2 comments:
Email ThisBlogThis!Share to TwitterShare to FacebookShare to Pinterest
Labels: Islam, Military Life
Newer Posts Older Posts Home
Subscribe to: Posts (Atom)