The funny thing about charges of racism

I was just thinking that charges of racism only work to shame those people who are obviously NOT racist.

That is to say, you cannot use the charge of "You're just a racist" against a member of the Klan or any of the 'White Power' skinhead groups. Their likely response? "Yeah. Your point being...?"

It only works to shame people who agree that being a racist is such an abhorrent thing that they should stop saying anything lest they prove the charge true. It does nothing about topic under discussion, except make it okay to use the threat the next time the topic comes up.

Unfortunately for those out there who have used the charge too often, when the first response to any perceived threat is to glibly throw around the charge of "Oh, that's just because you're a racist. You want lower taxes because you don't want a black man in the White House. You don't want the government dictating your health care choices because you're a secret member of the Klan. You think the IRS threatening political groups is wrong only because you hate Muslims. You're just a homophobe for insisting that marriage is the basis of civilization. You're just a H8RXTIANIST for not wanting the EPA to triple the cost of energy. He won and now no one has to pay their rent or phone bills or health care, so SUCKITHATERS."

Which, fuck that. They have overplayed their hand, and the charge is utterly worthless, but only if you call them on it every time they use it. Whenever they make the charge, make them look like fools by making that explicit: "Damned skippy, pal, I hate anyone not in the human race, now answer the question about {whatever topic they are avoiding}." Every time. (Or your own variation, but make it clear that they are making charges solely to avoid answering the embarrassing question. So let's embarrass them.

Posted by Drumwaster at 21:21 No comments:
Email ThisBlogThis!Share to TwitterShare to FacebookShare to Pinterest

Things what not to do with your wife

When she models a new hair-style for you, do NOT run up and ask her which finger she stuck in a light socket (complete with a triage check of her hands).

Not a good idea.  Nope.  Not at all.
Posted by Ragin' Dave at 14:55 No comments:
Email ThisBlogThis!Share to TwitterShare to FacebookShare to Pinterest
Labels: Personal crap

There are many types of Mantids,

"none of which have laser beams, but all of which resemble what would plop out of a nightmare that farted too aggressively."

Posted by Ragin' Dave at 22:28 No comments:
Email ThisBlogThis!Share to TwitterShare to FacebookShare to Pinterest
Labels: Random Crap 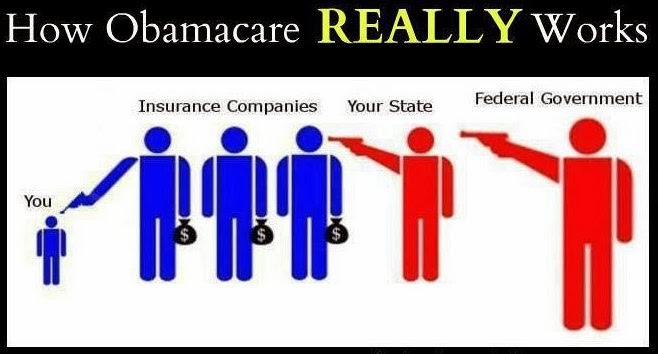 !!!!!
Posted by Ragin' Dave at 07:54 No comments:
Email ThisBlogThis!Share to TwitterShare to FacebookShare to Pinterest
Labels: Government Health Care will kill you, Obama the Nazi, Total Corruption

Used to be one of my favorite holidays.  I'd get dressed up to the nines, even if it was just to hand out candy at the door.  In Wisconsin we'd have hot drinks for the parents as well.

Not so much these days.  The porch light will remain off tonight.  No candy at the Ragin' household.  I think it's just a general malaise brought about by living in this shithole; I really don't feel like celebrating much while I'm stick in this cesspool of failure and despair.

In any case, I can't really afford to go buy tons of candy right now.  So sorry, kids.  Dave ain't got nothin' for ya.
Posted by Ragin' Dave at 07:25 No comments:
Email ThisBlogThis!Share to TwitterShare to FacebookShare to Pinterest
Labels: Musings and Meanderings

It is who they are. It is what they do.

Is it an extreme statement to say the Democrat Party has to lie in campaigns?  The Democrat Party cannot be honest about its intentions.  That's why we don't have a federal budget for four years, because the Democrat Party does not want to spell out their policy objectives.  They don't want to spell out what they intend to do with tax increases, the size of government, health care, you name it.  That's why we don't have a budget, pure and simple.  A Democrat consultant wonders why Obama wasn't honest with Americans, and people on our side say it took 'em five weeks after the immaculation to figure out who they're dealing with here?  Man, are we screwed.  There's no other way to put it.

That's from Rush Limbaugh.  This is from Instapundit:

Here’s the explanation: They couldn’t have passed the bill — which barely passed — without lying. So, they lied. And it worked until after the election.


Now, anyone with half a brain knew that the Democrat American Communist Party is, was and will always be a group of filthy worthless liars.  But the people who DON'T have half a brain still allowed themselves to be sucked in to the fantasy that there's a Free Lunch, and that the ProgNazis really truly love this country, and blah blah blah.  Now the lies are on display in such a way that even the half-witted mouth-breathing fucktards who vote for the ProgNazis can't avoid them.  They can only stick their heads in the sand for so long before their asses get kicked by reality.

Time to hammer that reality home, with anyone you can.
Posted by Ragin' Dave at 08:32 No comments:
Email ThisBlogThis!Share to TwitterShare to FacebookShare to Pinterest
Labels: All Lies, Dirty Fucking Hippy Losers, Government Health Care will kill you, Obama the Nazi, Total Corruption

I want them to hurt

I want them to hurt so very badly....

'I was all for Obamacare until I found out I was paying for it,'


WHO THE HELL DID YOU THINK WAS GOING TO PAY FOR IT, YOU STUPID IGNORANT BITCH?!?!?!?!

Human beings learn from two things - pain, and repetition.  Repetition ain't gonna work on the Low Information Voters; that leaves pain as the only method of getting them to learn.  I want them to hurt.  I want all the Democrat American Communist Party voting ignorant dipshits to hurt, and hurt bad. I want them to spend years and years in economic depression.  I want them to feel the pain that they have inflicted on everyone else who actually understands economics and voted against that fucking communist shitheel in the White House.