Is your blood pressure too low?

If the cops put a bullet in every single one of those fucking bastards heads, and I was on the jury, I would vote to acquit.

Now I need to get off the computer and go make dinner.

By the way, the saddlebags look great.  It only took waaaaaaaaaaaaaaaaaaay too damn long to figure out how the hell to put them on.  Turns out that when Viking Bags sent their hardware, they assumed that I didn't have a passenger backrest on the bike.  The backrest is mounted on brackets that have their own spacers.  If I didn't have the backrest, everything would have fit just fine.  But then I wouldn't have the Mrs. go along with me on rides.  So, time to do a little redneck engineering.  I had to take out the tools and grind off about half an inch on each bracket before we could make the bags fit.

But still....  hard-shell, lockable, looks good on the bike.  It was worth it.  And I didn't have to pay anyone else to do it.
Posted by Ragin' Dave at 18:22 2 comments:
Email ThisBlogThis!Share to TwitterShare to FacebookShare to Pinterest
Labels: The Death of America

I got to sleep in today!

Now it's time to do all the work around my house that I haven't done in a month.  To include putting new saddlebags on the ride.

Y'all have fun with blogs on the sidebar.
Posted by Ragin' Dave at 08:47 2 comments:
Email ThisBlogThis!Share to TwitterShare to FacebookShare to Pinterest
Labels: Personal crap

From my priest back in Louisiana

We were at the same level, mentally speaking.

Posted by Ragin' Dave at 06:30 3 comments:
Email ThisBlogThis!Share to TwitterShare to FacebookShare to Pinterest
Labels: Heh

The media is trying to scare people with the Kung Flu numbers. Don't let them.

It's not that bad, folks.

Nevertheless, because we’ve witnessed a spike in cases and there have roughly 3.5 million cases in the United States, that’s the number the media seems to be gravitating to. Why? Because when you look at the number of cases or the number deaths individually and compare them to other countries, the USA seems be the hardest hit…

…that is until you account for population or look at the ratio of deaths per confirmed cases. I’ve previously examined how the United States measures up on cases and deaths per capita, so we know why the media doesn’t report on that, but the media the media aslso doesn’t want to report about case fatality rate (CFR). And the following graphs will show you why.


And while the total number of deaths might seem bad, I don't trust the numbers.  I don't trust the people who are telling me the numbers.  Remember, states have been labeling EVERYTHING a Kung Flu death, even if you die with a .55% BAC in Colorado.
Posted by Ragin' Dave at 06:24 3 comments:
Email ThisBlogThis!Share to TwitterShare to FacebookShare to Pinterest
Labels: Get Down With The Sickness

Stole it from Woodsterman 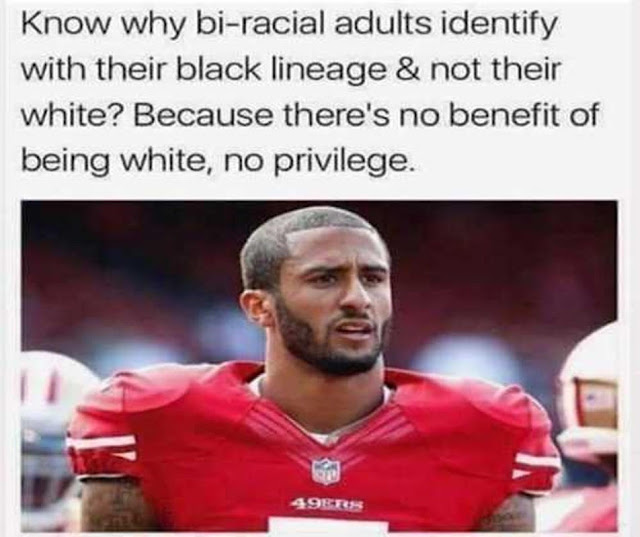 If George Floyd had been white, you never would have heard his name uttered ONCE in the media.
Posted by Ragin' Dave at 20:38 No comments:
Email ThisBlogThis!Share to TwitterShare to FacebookShare to Pinterest
Labels: Racism

I've added the Captain's Journal to the blogroll.  After reading this post, it was almost mandatory.

To begin with, it’s always been a myth that the police were there for protection.  Regular readers, and most other educated men and women, already know about cases Warren versus D.C. and Castle Rock versus Gonzales.  There are more, but these two cases demonstrate that police are not duty bound to offer anyone protection.

But at least it’s a myth that many people have believed.  The riots, looting, pillaging, beatings and murders of late have convinced many uninformed folks that maybe they do need protection in lieu of police.  In short, that myth has been shattered.


If the riots and violence of the past month has proved anything, it's that the police won't protect you, and the politicians are actively working against you.
Posted by Ragin' Dave at 07:25 2 comments:
Email ThisBlogThis!Share to TwitterShare to FacebookShare to Pinterest
Labels: The Death of America

And speaking of institutions self-destructing

Sports Illustrated put three meth-head looking stick figures on the cover of their swimsuit edition, and said that they're putting a tranny in this rag as well.

I don't want to see heroin addicts in swimsuits, and I don't need to see chicks with dicks.

How they hell they went from Kate Upton to some crackhead skanks, I'll never know.
Posted by Ragin' Dave at 07:15 2 comments:
Email ThisBlogThis!Share to TwitterShare to FacebookShare to Pinterest

The Redskins are changing their name and logo

Part of me really doesn't give a shit, because I don't watch football.  The other part of me recognizes that this is another loss in the culture war.  It's a big part of the reason I stopped watching sports all together.  Sports didn't used to be political, but the Marxist Left refused to leave it alone.  And the Marxist Left won sports.  Maybe not hockey, but you just wait.

The NBA sucks Chinese cock.  The NFL works with people who hate this country even as they make millions from it.  MLB is being run by a moron.

Back to the Redskins, who, if I have to refer to them from this time on, I will still call the Redskins because fuck the Left.

Nobody picks a mascot because you think they're weak or stupid.  Nobody picks a mascot that's craven, cowardly or disloyal.  They pick a mascot because that mascot either has historical connotations (Seattle Mariners, Green Bay Packers), some sort of link to the area (St. Louis Cardinals, Colorado Rockies) or because that mascot has traits that you want to emulate (Chicago Bears, Washington Redskins).

Oh, and the Redskins logo?  It was created by a Native American.  So the Left has destroyed yet another icon created by the very people they claim to care about.

Anyways, it's over and done.  I suggest a new, more fitting name for the team that represents our nations capitol.  How about the Chapped Labia?  The D.C. Botflies?  The Washington Leeches?  The Money-Grubbing Lobbyists?

If I didn't already despise the NFL, I'd swear off football.  Again.
Posted by Ragin' Dave at 07:05 1 comment:
Email ThisBlogThis!Share to TwitterShare to FacebookShare to Pinterest
Labels: Culture Wars 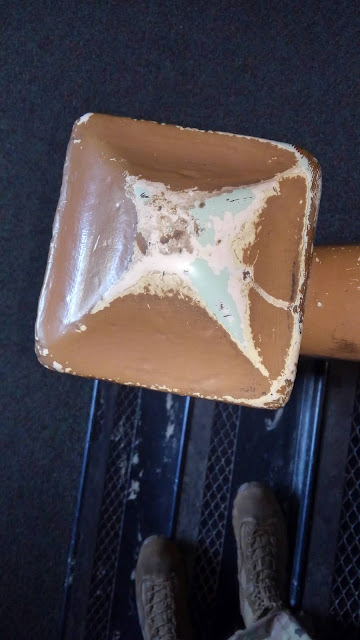 Anyways, there's some random crap that just fell out of my brain.
Posted by Ragin' Dave at 07:19 1 comment:
Email ThisBlogThis!Share to TwitterShare to FacebookShare to Pinterest
Labels: Random Crap

Back home, back home

Well, that was a quick little jaunt this weekend.  With dad laid up, mom needed some help, so I flew up Friday and left yesterday.  There were five trees that had to come down.  For several of them, we hired an arborist.  The biggest tree was at least 150 feet tall, and 53 inches across at the base.  We know this, because we measured it after it was down.  We gave the pieces away to a guy who does wood sculpture, because there are no mills left in Idaho who have equipment that can process logs this large.

Anyways, I'm still knackered from the past few days.  I burned through all the chainsaw gas.  All of it.  And there will be more work to do in August for my brother and I to finish.

As for politics, not much has changed, as it?  Black Lies Matter is still anti-family, anti-Christian, and anti-American.  The Democrats still hate you and want you to die.  Joe Biden is still mentally deficient.

Now, back to work I go.
Posted by Ragin' Dave at 07:12 No comments:
Email ThisBlogThis!Share to TwitterShare to FacebookShare to Pinterest
Labels: Personal crap
Newer Posts Older Posts Home
Subscribe to: Posts (Atom)