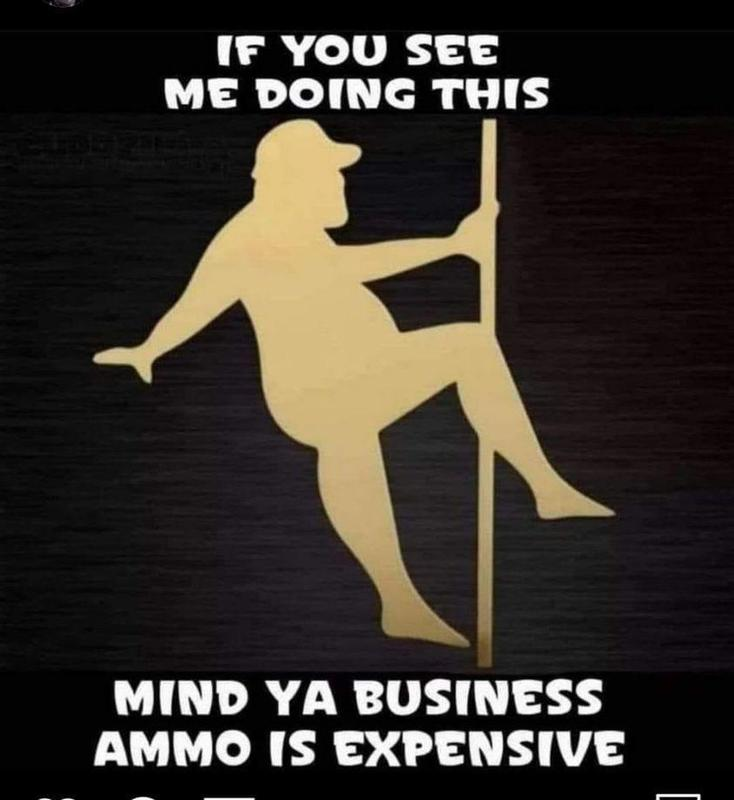 I looked at 45 ACP ammo yesterday.  After I got my asshole un-puckered, I shut the website down and went for a walk.

Posted by Ragin' Dave at 18:06 3 comments:
Email ThisBlogThis!Share to TwitterShare to FacebookShare to Pinterest
Labels: 2A

Uh oh, he said the quiet part out loud

He's not supposed to do that.

Joe Biden and Kamala Harris gave a joint interview to CNN's Jake Tapper on Thursday. Biden also gave one of his signature, bewildering answers when asked how he plans to resolve fundamental disagreements with his vice president.

"When we disagree, so far it's been just like when Barack and I did," Biden said. "... And like I told Barack, if I reach something where there's a fundamental disagreement we have based on a moral principle, I'll develop some disease and say I have to resign."

If Biden gets installed through the fraud and criminal activity, he won't be there for long.

Posted by Ragin' Dave at 08:24 1 comment:
Email ThisBlogThis!Share to TwitterShare to FacebookShare to Pinterest
Labels: Democrats only win the elections they can steal, Fraudulent Behavior 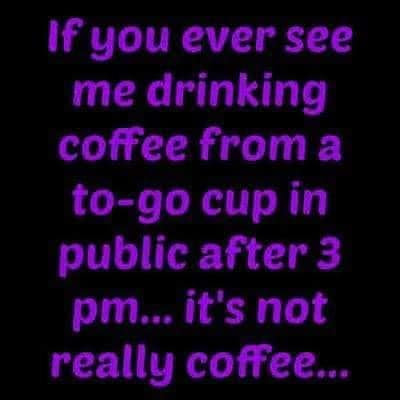 Posted by Ragin' Dave at 15:30 No comments:
Email ThisBlogThis!Share to TwitterShare to FacebookShare to Pinterest
Labels: Just the plain Truth

Bribing people for votes? Democrats have been doing that for years

Anyone remember the Obamaphone lady?  Yeah.  Now it's gift cards.

Buying votes is obviously illegal. The Federalist notes that there was all kinds of evidence from posts to videos suggesting it was a big problem.

Democrats and liberal media have been going full steam to try to discredit claims being alleged by witnesses, the Trump campaign or the GOP.

But it’s pretty hard to dispute videos and pictures that people post themselves and the president of the United States points out.

The biggest problem is that this behavior has been going on for years and nobody has done a damn thing about it.  The Democrats didn't do anything because they benefit from it, and they can't win elections fairly.  The Republicans didn't do anything about it because for the most part, the GOP is a bunch of spineless, weak, gutless pathetic politicians.  It took Donald J Trump being elected President to stiffen their spines, and don't think for one moment they wouldn't go back into capitulation and sniveling as their MO if they had the chance.

This election was stolen.

Posted by Ragin' Dave at 09:38 No comments:
Email ThisBlogThis!Share to TwitterShare to FacebookShare to Pinterest
Labels: Democrats only win the elections they can steal, Election 2020, Fraudulent Behavior

Damn, I wish I'd written that

From One Peter Five:

The sacred liturgy is, for me, not just theoretically but quite practically the font and apex (fons et culmen) of my life as a Catholic—and by this, I mean the traditional liturgy, since I can no longer recognize in the Novus Ordo a legitimate liturgical rite of the Roman Church, even if it is sacramentally valid and may serve a temporary purpose, as a rickety life raft aids the shipwrecked until they can be rescued by a proper boat.

The article is about why the writer choses to remain a Catholic despite all the problems in the Church.  On a personal level, as I sit in an area where the Latin Mass is non-existent, and I can't go to any Mass right now in any case. that paragraph hits home.  Any Mass I attend in this area is just a life raft until I can get to real Mass.  God only knows when that is going to happen, but I will take what I can get.  In the meantime, daily rosaries and watching the Mass from the Catholic Underground are what I can get, and I'll be happy to have it.

Youi work with what you have, not what you want to have.

Posted by Ragin' Dave at 01:00 No comments:
Email ThisBlogThis!Share to TwitterShare to FacebookShare to Pinterest
Labels: Gimme that Old Thyme Religion

Very true. I am on example of such. 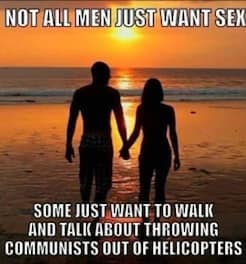 This ain't rocket science either, but it's math, and math doesn't like, no matter how hard you try to make it do so

Folks, I know I'm going overboard on this stuff, pretty much on a daily basis.  Because it needs to be said.  Do not trust the people who demand power over you for your own good.  They don't have your best interests in mind.  Ever.

Besides, the people demanding that you submit to their power aren't following their own rules, so why should you?

But perhaps the best evidence that this is all just a bit of political theater is seeing how our media and political class actually behave when they think no one is watching.

To steal a phrase from Instapundit, I'll believe it's a crisis when the people telling me it's a crisis begin to act like it's a crisis.  And do read that entire link up above - it's comprehensive and well worth your time.

Posted by Ragin' Dave at 09:46 3 comments:
Email ThisBlogThis!Share to TwitterShare to FacebookShare to Pinterest
Labels: Get Down With The Sickness

A compilation of "facts" that don't pass the smell test.

This election was stolen.  Biden is a fraud.  And if he manages to get installed, this country is finished.

Here's just a couple of questions from some guy.  Questions that if people in this country actually cared about free and fair elections would be answered post haste.

Posted by Ragin' Dave at 08:58 No comments:
Email ThisBlogThis!Share to TwitterShare to FacebookShare to Pinterest
Labels: Democrats only win the elections they can steal, Election 2020, Fraudulent Behavior

This election was stolen

It was stolen in Wisconsin.

Wisconsin also doesn’t authorize any sort of ballot “curing.” But, just as in Pennsylvania, that didn’t stop election workers from contacting voters about erroneous—i.e., disqualifying—information on their mail-in ballot envelopes. Wisconsin law requires the voter’s signature, a witness signature, and the witness’s address on the mailing envelope, which acts as a certification for the enclosed ballot. Deficiencies in any of the verification steps should render the ballot invalid; the requirements meet the bare minimum for any sort of legitimate absentee voting.

But even that low bar was too high for some Wisconsinites, so election officials stepped in, without explicit authority under Wisconsin election law, to help.

It was stolen in Arizona.

The scientist noted that there were only two things that could explain that improbable result.

It was stolen and everybody knows it.

6. Finally, that peaceful and trustworthy elections are likely no longer possible in America means Americans no longer have any peaceful options should the ruling powers do things that the public doesn’t like. Eventually, the response will be violence, and bloodshed, and brutality.

I am not calling for it. I am simply predicting that it will happen, all because the Democrats refused to accept the legality of the 2016 election and then used any means to steal the 2020 elections, and the Republicans stood by and let them do it.

Even if President Trump manages to pull out the Hail Mary and prevent the crooks, criminals and thugs of the DNC from stealing this election, America will never be the same ever again.

Posted by Ragin' Dave at 09:12 No comments:
Email ThisBlogThis!Share to TwitterShare to FacebookShare to Pinterest
Labels: Election 2020, The Death of America

The panic surrounding the Covidiacy continues to grow.  I feel like I'm the last sane man in an asylum.

We had a full moon, and it was just hanging over the mountains as we drove south through Montana.  It was beautiful.  Quite frankly it made me long to retire, so that I could live in a place where I got to see that, instead of being stuck in some city, surrounded by pollution and transplants from Lost Angeles and San Fransicko.

Posted by Ragin' Dave at 08:32 No comments:
Email ThisBlogThis!Share to TwitterShare to FacebookShare to Pinterest
Labels: Personal crap

I didn't quite have this 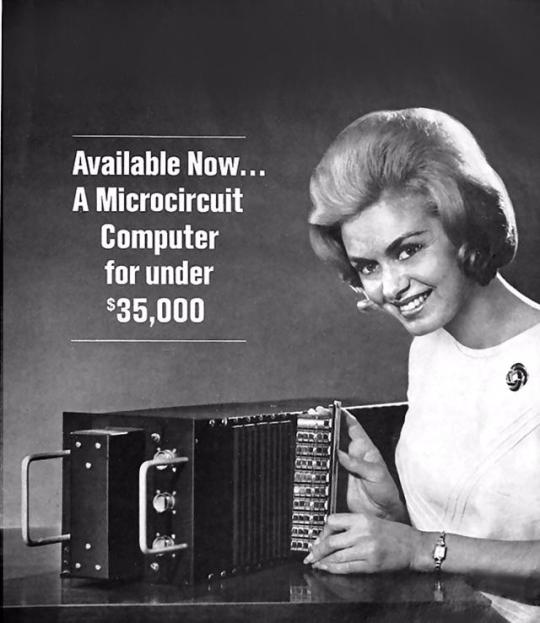 But I did have a computer who's hard drive looked like a bunch of vinyl records stacked on top of each other.  The "records" were the magnetic disk drives.  You had to put a 5X7 floppy in just to boot it up, and then you would pull that floppy out and insert whatever floppy had the program you wanted to run.

I tried explaining that to some of the kids in the office.  I got blank stares back.

Posted by Ragin' Dave at 08:31 No comments:
Email ThisBlogThis!Share to TwitterShare to FacebookShare to Pinterest
Labels: Modern Life

NOW you can play Christmas songs, you jump-starting bastards!