Up.  Jog with the little dog.  Come back.  Take the old dog for his meander.  Come back.  Do laundry.  Finally sit my ass down with coffee and a cigar, realize I haven't even eaten breakfast yet.

I'm going to eat, and then go riding.  Fuck this adulting crap.

Posted by Ragin' Dave at 12:08 1 comment:
Email ThisBlogThis!Share to TwitterShare to FacebookShare to Pinterest
Labels: I'm busy so bugger off, Personal crap

You can see it in the way they treat the military, and how they treat veterans.

During his recent testimony before Congress, Department of Homeland Security Secretary Alejandro Mayorkas informed lawmakers that the Biden administration was considering diverting resources from the Department of Veterans Affairs (VA) to deal with Biden's border debacle. This includes not just funding but also VA nurses and doctors who are tasked with caring for America's veterans, and who may now be sent to care for illegal immigrants.

It's a ludicrous idea and a terrible decision that Biden seems ready to make. Veterans' health care has struggled in the past — notably during the last time Biden was in the White House as Vice President in the Obama administration.

It's been this way for my entire life.  Democrats get into office and destroy the military one way or another, and then when you need the military it's a panic of how to build it back up.  This isn't being done by mistake.  This is being done deliberately.  Jimmy "The Peanut" Carter defunded the military to the point where Soldiers were literally shouting "BANG BANG" during training instead of shooting bullets.  The Clinton years were drawdown after drawdown, leaving America with about half the military it needed.  The Obama years were the Democrat Party using the military as their social experiment chamber, and it's the Obama cabal pulling Drooling Joe's puppet strings.

Posted by Ragin' Dave at 06:45 No comments:
Email ThisBlogThis!Share to TwitterShare to FacebookShare to Pinterest
Labels: Democrats hate the military

The illegitimate Biden junta now has their own "Ministry of Truth"

And it's run by someone who pushed the hoax that Hunter Biden's laptop was "Russian Disinformation".  I wish I was making this up.

The ink isn’t even dry on Elon Musk’s deal to buy Twitter and make speech free again, and the authoritarians in the Biden administration are nakedly acting to lock down the flow of information. The Department of Homeland Security (DHS) is creating a new agency called the Disinformation Governance Board.

The Left is getting very afraid because the lies that normally worked have stopped working.  So now they have to use the power of the government to prevent the truth from getting out.  Hence this new Ministry of Truth. 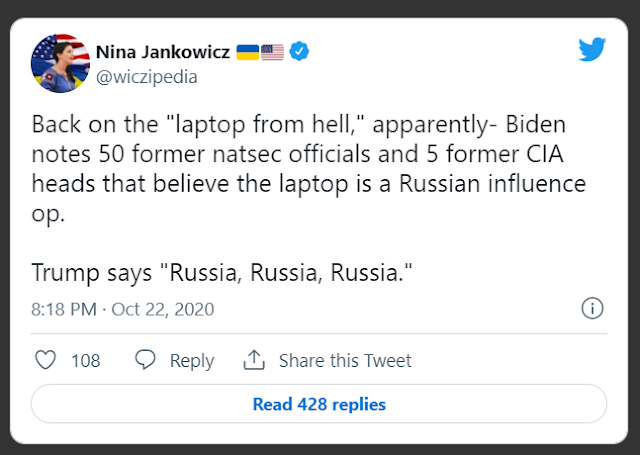 This country is fucked unless we start hanging these Marxist shitstains.

That about says it all, doesn't it? 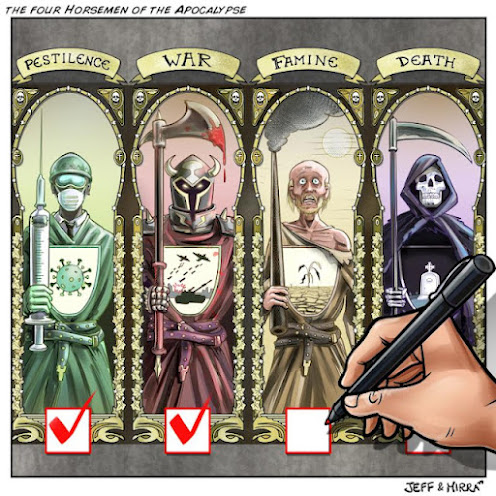 Posted by Ragin' Dave at 01:00 No comments:
Email ThisBlogThis!Share to TwitterShare to FacebookShare to Pinterest
Labels: Just the plain Truth

The best humor has truth in it

Eccentric Billionaire Accomplishes more for Free Speech in One Afternoon than Republicans have in Decades.

It was the same with Donald Trump, wasn't it?  Some rich guy comes in, tells the GOP to basically go fuck itself, and damn near every conservative in the country was jumping up and down and clapping their hands like high school girls seeing their crush.  Maybe that's because the GOP is a bunch of back-stabbing traitorous shitweasles.  Actually, I'm pretty sure that's the reason.  The only real reason the GOP can continue to exist is because the Democrat Party is an anti-American communist organization, and nobody with a brain wants to vote for that.

But when your entire existence is predicated on how crappy the other team is, don't be shocked when the people you need to vote for you abandon you at the drop of a hat if they think they have better options.  I mean, does anyone think that Mitch McConnel is going to actually fix the immigration and border problem?  Anyone?  Anyone?  That corrupt, chinless, scrotum-headed fuckstain isn't going to do shit that his corporate overlords don't want him to do.

Years of Left-Wing fuckery in Silicon Valley, and the GOP did...  what, exactly?  Which directly lead to Elon Musk buying Twitter, and now everybody has wet panties.  Some are from excitement and some are from fear.

I deleted my Twatter account years ago and I have no intention of going back, no matter who owns it.  We'll see what happens in the future.  But maybe if the GOP weren't such worthless fucking cunts playing Failure Theater over and over and over, Musk would still be focused on trying to get men to Mars instead of buying Twatter.

BuT tHe VaX wIlL sAvE uS! But not from whatever she has.

Heels-Up Harris, the Cocksucker of San Fransicko, has the Kung Flu.

This jab does not prevent infection.  It does not prevent transmission.  The Bat-Soup Barf is getting less and less potent (unfortunately in this case, because I'd love for Heels-Up Harris to actually suffer a bit).  But they're still pushing the jab.

You have to ask why.  Or make your relatives who still wear masks ask why.

Posted by Ragin' Dave at 06:41 2 comments:
Email ThisBlogThis!Share to TwitterShare to FacebookShare to Pinterest
Labels: The Vaccine is the Virus

So much for not having a gay agenda, huh?

Do I think all gay people have the agenda to push?  No.  But let's be real, folks.  This shit right here that these parents are dealing with is coordinated.

The most alarming video that we would like to discuss is “Talking To Kids About Pride Month” with Jessi Cruickshank. In this video, we see the normalization of an adult speaking to children about sexual desires. It desensitizes children to the act of adults talking to them about sexual topics. In the video, the host says, “Jodie Foster is a woman, and she made me question my sexuality when I was a child because I liked her so much. And she was nude in the film ‘Nell.’ Not that I remember watching it several times as a child.”

This video is intended to instruct children about appropriate interpersonal relationships – and what did the child learn? The child learned that it is okay for an adult to talk to a child about watching nude people in movies, and having it affect their sexual desires and sexual arousal. This is normalizing behavior – a known tactic of sexual groomers – that should be a warning sign to parents and children. The behavior observed here is adults talking to children about sexual desires and sexual attraction.

I keep going back to the book "The Last Closet":

What sets gay culture apart from straight culture is the belief that early sex is good and beneficial, and the sure knowledge (don’t think for a second that they DON’T know) that the only way to produce another homosexual is to provide a boy with sexual experiences BEFORE he can be “ruined” by attraction to a girl.

Burn any publik skool to who teaches this shit to the ground, with the groomer still inside it.

One of the best press conferences ever.

Just awesome.  "We have a gun safety class every Saturday, if you takde that hopefully you'll shoot a lot better and save the taxpayers a little money".  Holy hell.  I love this.

Posted by Ragin' Dave at 07:31 No comments:
Email ThisBlogThis!Share to TwitterShare to FacebookShare to Pinterest
Labels: Oh HELL yeah

The number of Republicans sniveling over the people is amazing

Especially in Oklahoma.  I knew that a lot of GOP politicians are squishy RINOs, but Oklahoma?

Earlier this year, a Senate Republican, Lonnie Paxton, complained that Spencer went too far when he declared at a rally, “We win at the ballot box so we don’t have to go to the ammo box.”

Noting the 1995 Oklahoma City bombing was fueled by anti-government rhetoric, Paxton said the remark “crossed every conceivable line of decency.”

Spencer brushed off the complaint, saying it only helped his fundraising.

Now, I'm not all that familiar with Oklahoma politics, but if the phrase "We win at the ballot box so we don't have to go to the ammo box" is offensive to you?  Not only are you a pathetic pussy, but you're wildly out of touch with reality.  And if that phrase makes you wet yourself with fear and mumble something about decency, you should get out into the real world and listen to what people are really saying.

Hint:  It's nowhere near that nice.  To quote John Ringo, you can take your principles and shove them where the sun don't shine.  We have people telling kindergarteners that it's OK to cut off your penis, LGBTOSTUF injected into everything, cancel culture killing people's jobs, radical leftists in control of media and culture in America, the FedGov weaponized against law-abiding Americans while enabling leftist violence in cities all over the country, and you think that not only do we need to be "decent" but your definition of decency is apparently rolling over and not offending the people who are shrieking for me and mine to be pushed into a concentration camp.

Fuck.  Off.  And die screaming.

Posted by Ragin' Dave at 07:40 No comments:
Email ThisBlogThis!Share to TwitterShare to FacebookShare to Pinterest
Labels: Fuck the Fucking Fuckers, RINOs

There is not a single drug smuggling, border-hopping wetback that's worth a US Soldier's life

Not a single one.

Evans removed his gear before jumping in to save the illegal immigrants, who turned out to be part of a Mexican drug cartel and trafficking operation.

Our Soldier tried to save the lives of people who turned out to be cartel drug smugglers.

Set up crew-served weapons on our side of the border, and strafe anyone trying to cross illegally.  Target the known cartel members.  Let the bodies wash down the Rio Grande and into the Gulf of Mexico.  Fish gotta eat too.

I know that will never happen while Drooling Joe's puppet masters are in charge, but a guy can dream.  Just like I dream of taking every congress critter who's allowing this massive invasion and hanging them from lamp posts and using them for target practice.