Hollywood "under pressure" to crack down on pedos.

You know what should pressure Hollywood to not allow pedophiles around kids?  Basic common decency.  But then, Hollywood doesn't have any of that.

A 2004 conviction for child sexual abuse didn’t stop actor Brian Peck from continuing to work in Hollywood on projects geared toward children, including a popular Disney Channel series.

Mr. Peck, who served 16 months in prison for engaging in sex acts with a Nickelodeon child star, worked onDisney’s “The Suite Life of Zack & Cody” in 2006-07 and had an uncredited role in the 2009 children’s movie “Jack and the Beanstalk.”

And this ties into Leftism in general.  The more deviant sex is, the more the Left approves of it.  And a 40-something producer or director having sex with a 13 year old starlet is pretty damn deviant.

Every rock you turn over in Hollywood has some sort of sexual pervert underneath it.  What we're learning about is just the tip of the iceberg.
Posted by Ragin' Dave at 18:36 1 comment:
Email ThisBlogThis!Share to TwitterShare to FacebookShare to Pinterest
Labels: Diseased Freaks, Perversion Abounds

One more day and I'll be done with this insane schedule.  For a week.  And then I hop into another insane schedule.  At this point I can't wait to retire, because that's about the only time my life is going to return to normal.
Posted by Ragin' Dave at 17:46 No comments:
Email ThisBlogThis!Share to TwitterShare to FacebookShare to Pinterest
Labels: Personal crap

Everybody is colluding with Russia except Trump!

We need an investigation of the entire Justice Department now.

Bravo,  Charles Grassley!  The Iowa senator has turned into something of an aging Mr. Smith taking on corruption in the Obama administration (and its Justice Department) and calling for a special investigator for the metastasizing Uranium One Scandal.  But is it enough?

As has been reported, this 2010 deal was made despite a hitherto unknown FBI investigation that exposed bribery, kickbacks, etc. on the part of the Russian company involved.  The pact resulted in 20% of U.S. uranium in Putin's hands (some of whic, in lethal yellow cake form, has already disappeared into the ether) and millions of dollars in the Clinton Foundation's coffers, basically at the same time.

Or should we now call this the Podesta, Podesta & Manafort Scandal, because an ongoing and related report on Tucker Carlson's cable show is unmasking a series of connections that make the most paranoid conspiracy theorist seem rational?


The level of corruption under Obama and Clinton just boggles the mind.  But what's worse is the rot of the institutions that we as Americans are supposed to trust.  Can anyone on the right side of the political spectrum trust the FBI to actually do it's job these days?  Based on the information that's coming out, no we cannot.  The FBI has become a political attack weapon for the Left, just like every other institution they corrupt.

The time has come for a thorough airing to renew the trust of the citizenry.  That means a special investigator, but one with a wide berth to look into the entire DOJ and FBI, its patterns and practices, and, let's be honest, our intelligence agencies as well. We're living in a bureaucratic nightmare.  As Mark Steyn  put it so succinctly on Tucker Carlson's show Wednesday night, "Everyone is colluding with Russia except Trump!"

I have said repeatedly that we would not be able to undo the damage Obama did to this country.  I still hold by that statement.  Obama, Clinton, and the Democrats have delivered a lethal dose of Marxism into the government, and it will eventually be the end of the USA as we know it.
Posted by Ragin' Dave at 03:34 1 comment:
Email ThisBlogThis!Share to TwitterShare to FacebookShare to Pinterest
Labels: Hypocrisy thy name is Democrat, Leftist Tyranny

You know I'm a sucker for an alto


Posted by Ragin' Dave at 23:00 No comments:
Email ThisBlogThis!Share to TwitterShare to FacebookShare to Pinterest
Labels: Real Music

About one of the biggest assholes in the Senate.

Good-bye, Flake.  Don't let the door hit ya where the good Lord split ya, you lying, backstabbing, traitorous shithead.  Maybe your successor can actually do what they promise to do.
Posted by Ragin' Dave at 03:33 1 comment:
Email ThisBlogThis!Share to TwitterShare to FacebookShare to Pinterest
Labels: Politics

Happy Birthday to me

So my birthday was a while ago, but due to work I never had an opportunity to celebrate it.  I finally got a bit of a chance before this latest go-round of insanity, and I finally was able to get a gun I had never owned: 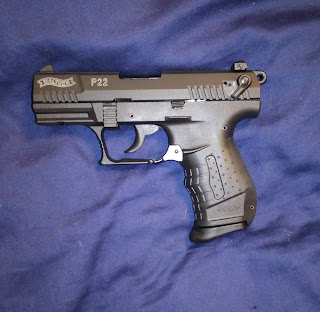 I've had a .22 rifle forever, but never a pistol.  That is now rectified.  And it'll make practicing much, much cheaper than .45 or 9mm.
Posted by Ragin' Dave at 23:30 3 comments:
Email ThisBlogThis!Share to TwitterShare to FacebookShare to Pinterest
Labels: 2A, Personal crap

Sometimes it really is that simple, no matter how hard people argue for it.

Posted by Ragin' Dave at 01:30 1 comment:
Email ThisBlogThis!Share to TwitterShare to FacebookShare to Pinterest
Labels: Just the plain Truth

The IRS needs to be destroyed.
Posted by Ragin' Dave at 01:00 No comments:
Email ThisBlogThis!Share to TwitterShare to FacebookShare to Pinterest
Labels: Death and Taxes
Newer Posts Older Posts Home
Subscribe to: Posts (Atom)