How many American lives have been lost because Democrats won't allow them to fight to win?

Truman, after convening the National Security Council, also chose not to answer MacArthur’s request for orders. “This present telegram is not to be taken in any sense as a directive. Its purpose is to give you something of what is in our minds.” U.S. troops’ successful resistance would demonstrate that aggression does not pay and would encourage others to believe in America’s pledges of assistance. “We recognize, of course, that continued resistance might not be militarily possible with the limited forces with which you are being called upon to meet large Chinese armies…if we must withdraw from Korea, it [must] be clear to the world that that course is forced upon us by military necessity.” Translated from bureaucratese, the message was: hold on with the forces and restrictions you’ve got, regardless of how many American lives it costs.

And cost it did. Some three fourths of the Americans killed in Korea died after the U.S. government stopped trying to win the war. Since Truman’s decision taught the world that no-win wars were now the American ruling class’s modus operandi, the cost of three later generations’ wars, including the incalculable toll of domestic decay resulting from Vietnam, Iraq, and Afghanistan, should also be added in.


Truman screwed Korea.  Lyin' Bastard Johnson got us into Viet Nam, but wouldn't let us fight to win.  Jimmuh Carter fucked up Iran.  Blow-Job Clinton got Americans massacred in Somalia.  The death count went up in Afghanistan under Obama, and of course he pretty much assured ISIS that it could kill at will and he wouldn't do anything about it.  That doesn't even begin to touch Obama's "red line" in Syria that ended up with untold millions dead.

I am afraid to recommend that anyone join the military, because at some point in the future we will have a Democrat president again, and a Democrat as Commander-in-Chief seems intent on sacrificing American lives in order to impress his globalist buddies, not to actually win a war.
Posted by Ragin' Dave at 19:59 No comments:
Email ThisBlogThis!Share to TwitterShare to FacebookShare to Pinterest
Labels: Democrats, Military Life, Nucking Futs

So there's an app store that you can use to avoid giving Google or Apple your money.  It's called Aptoide.

I'm giving it a try.  Because fuck Google.
Posted by Ragin' Dave at 01:00 No comments:
Email ThisBlogThis!Share to TwitterShare to FacebookShare to Pinterest
Labels: Culture Wars

To the greatest fighting force in the world, the US Army!

Yeah, gotta toot my own horn a bit. 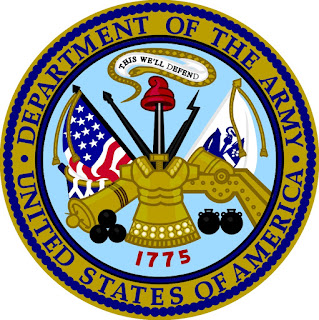 Posted by Ragin' Dave at 16:55 No comments:
Email ThisBlogThis!Share to TwitterShare to FacebookShare to Pinterest
Labels: Military Life

If you want to know what Democrats think of you, just listen to their own words.

While speaking from the floor of the House of Representatives on Tuesday, Rep. Marcia Fudge, D-Ohio, did her bit to foment hate and possible violence against Trump supporters by reading a constituent letter calling Trump supporters dumb, ignorant racists.


The person who wrote that letter calling us all dumb, ignorant racists is, get this, a "Christian" pastor.  Yeah.

Additionally, the letter Fudge read called the Republican Party a Trump cult and Democrats are apparently not being violent enough in their opposition.


Jump if you're feeling froggy, you Marxist shitstain.  You'll see just how quickly the switch gets flipped.

There's no talking with these people.  As many others have pointed out time and time again, you cannot have a debate with someone who thinks you are evil incarnate.  You can't compromise with someone who thinks you have no right to exist.
Posted by Ragin' Dave at 03:00 No comments:
Email ThisBlogThis!Share to TwitterShare to FacebookShare to Pinterest
Labels: Democrats, LeftHate, The Death of America

The internet is supposed to get set up today.  Hopefully by the time the day is over, I'll be able to connect at home.

And then I can get back to blogging without having to schedule posts.
Posted by Ragin' Dave at 01:00 No comments:
Email ThisBlogThis!Share to TwitterShare to FacebookShare to Pinterest
Labels: Personal crap

And it's not even political.

I think that what makes a Soldier a Soldier, and it's both a crowning achievement and the greatest liability, is that they can keep going through unbelievable amounts of damage.  The phrase "Suck it up and drive on!" has been yelled at more troops than can be counted.  And we do.  Until we can't.  And typically by that time, it's too late to prevent the damage from being permanent.

I'm currently sitting here with a jacked-up lower back and a sesamoid bone that's split in half.  And I'm not combat arms anymore.  Those days are long gone, but the Army does what the Army does and you get beat up.  I've had two different doctors warn me that I'll have to stop running.  Do I listen?

Infantry guys are even worse.  Tankers?  Ever notice how tankers all seem to limp as they get into their thirties?  AIRBORNE!  DEATH FROM ABOVE!  With not a single vertebrae left intact.

I'm thinking we should all take Bill's advice right about now.
Posted by Ragin' Dave at 01:00 No comments:
Email ThisBlogThis!Share to TwitterShare to FacebookShare to Pinterest
Labels: Must View

Comes a forty-point declaration that all Catholics should read.

It's short, concise, to the point and absolutely needed in today's day and age.
Posted by Ragin' Dave at 01:00 No comments:
Email ThisBlogThis!Share to TwitterShare to FacebookShare to Pinterest
Labels: Gimme that Old Thyme Religion

A bunch of illegal aliens from the Congo...

That would be the current epicenter of the EBOLA VIRUS...

Just got released in San Antonio.

When Ebola hits in the USA, that's it, we're done.  The death count is going to be in the millions.  Just think about how tightly packed we are in the cities, and how little we do to control the hoards of people who shit in the streets right next to used heroin needles.

Our lack of border control is going to bite us in the ass, hard.  Harder.
Posted by Ragin' Dave at 02:00 No comments:
Email ThisBlogThis!Share to TwitterShare to FacebookShare to Pinterest
Labels: Immigración, Well and Truly Fucked

Yep, we got a house

Now we're doing some cleaning and prepping.  The landlord was doing touch-up to the place, but we said we would do it if we could get the keys a couple days early.

So once again, posting will be a little light.  But hey, I have a blogroll!
Posted by Ragin' Dave at 01:00 No comments:
Email ThisBlogThis!Share to TwitterShare to FacebookShare to Pinterest
Labels: I'm busy so bugger off, Personal crap

Oberlin College just got hit with an $11 million judgement for their hatred and bigotry.

Short short version:  An Oberlin College student tried shoplifting from a bakery.  He got caught.  Two other students, friends and lookouts for the shiplifter tried to pull a "WE DINDU NUFFIN" bullshit act, and they were all arrested.  And of course, being Dindu Nuffin's they claimed racism.  However, in court the three students plead guilty to theft and admitted that there was no racial profiling.

Now, here's where it gets really ugly.

In between the time they were arrested and the time they plead guilty, the Dindus ran around the college claiming that the bakery they tried to steal from was racist.  And Oberlin College decided that yes indeed, let's ruin this business for all time because we are nothing but a pack of howling Social Justice Warriors, and ruining the livelihoods of good, honest, hard working people is what we do.

The top link up there goes to Legal Insurrection, which has a great summary of the case and the result.  Needless to say, the cluelessness, arrogance, stupidity and blind knee-jerk reactions of Oberlin College should be Exhibit A on why the university system in America needs to be burned to the ground.  Despite the $11 million verdict, there's no guarantee that the bakery in question is going to be able to continue operating.  So a business that has sustained five generations of the same family will most likely shut down, because the mentally diseased shitbags in charge of Oberlin College wanted to taste blood, so they rounded up a hate-mob and got them some blood.

This is Nazi Germany levels of scapegoating.

Roger Copeland, a retired Oberlin College professor of theater and dance, was in the courtroom and seemed ecstatic after the jury came back with their verdict. Prof. Copeland is somewhat famous in the courtroom for getting this response on a Raimondo text to co-workers after a letter-to-the editor he wrote was critical of the school for their handling of the Gibson’ affair. “Fuck him,” Raimondo responded in a text message about Copeland. “I’d say unleash the students if I wasn’t convinced this needs to be put behind us.”

“I’m exhilarated by this verdict,” Copeland said, whose wife Michele worked at the school in food service and testified she was under orders by the school to cut the business off from the cafeteria bagels and pastries they provided because of the student unrest.

“What is most amazing about this trial is that the public was able to see what the process really was in how the school goes about its business,” Copeland said. “It’s almost like the mask has been ripped off the face and we can now see what the face really looks like.”


There are maybe a handful of colleges and universities that are worth going to.  The rest are nothing more than Marxist indoctrination factories that churn out drones who cannot think for themselves.  Oberlin College is a prime example of that.  To hell with them all.
Posted by Ragin' Dave at 02:00 No comments:
Email ThisBlogThis!Share to TwitterShare to FacebookShare to Pinterest
Labels: Burn It To The Ground, Higher Mis-education, The Good Guys win one

Well, I think we have a house

Not the house we wanted but nothing in life is perfect.  It's within our budget, it's within commuting distance, and it will do what we need.

We've been told that we have been accepted as the tenants.  We still need to sign the lease.  Fingers crossed!

The house that we wanted, or rather the house within our budget that was in the TOWN that we wanted, was just a hurdle too far.  It required a substantial amount of work in order to be livable.  We were willing to do that.  But then we were told to go fill out an application online, and found out there was a rather large fee attached to said application, and the Ragin' Mrs threw up her hands and said "Nope, not doing it."