But NSFW.  So you, at the work computer, pissing away your Saturday.....  GET YOUR FINGER AWAY FROM THAT BUTTON!

Go home and look, you perv.


Read more »
Posted by Ragin' Dave at 07:40 No comments:
Email ThisBlogThis!Share to TwitterShare to FacebookShare to Pinterest
Labels: Bewbs, NSFW

My father served two tours in Viet Nam, and then watched as the Democrats in Congress cut all aid and support to South Viet Nam, ensuring that North Viet Nam would win the war.

I'm watching Iraq collapse because the Democrats once again surrendered, ran away, gave up, pissed their pants, sniveled, and cut support to Iraq.  Cut support?  Hell, cut off DIPLOMACY.  Acted like Iraq didn't exist.  Turned their back and slithered as far away from Iraq as possible.

Watching Obama throw away every sacrifice we made in Iraq makes me want to puke.  I think I have an understanding of how my father felt as the helicopters were leaving Saigon.

Given how the Democrat American Communist Party behaves while their in power, why would any single country ever trust America to be an ally, when they know that all it takes is one election, one dipshit like Obama being thrust forward onto a stage he cannot and will not be prepared for, to throw that bond into the trash?

Posted by Ragin' Dave at 07:35 1 comment:
Email ThisBlogThis!Share to TwitterShare to FacebookShare to Pinterest
Labels: Musings and Meanderings, Obama the Nazi, The Death of America

So the IRS lost two years worth of emails?

I wonder what would happen if a person being audited suddenly up and "lost" two years worth of financial records?

And as multiple people have pointed out, these people are going to be responsible for your medial records under Obamacare.

Isn't that nice?  Isn't that special?  Don't you feel all warm and fuzzy inside?
Posted by Ragin' Dave at 07:24 No comments:
Email ThisBlogThis!Share to TwitterShare to FacebookShare to Pinterest
Labels: The Death of America, Total Corruption

I'm still running full-bore, and I don't see me shutting down for a while.  So, here's another (nsfw) Busy Day Post.


Read more »
Posted by Ragin' Dave at 06:59 No comments:
Email ThisBlogThis!Share to TwitterShare to FacebookShare to Pinterest
Labels: Bewbs, NSFW

There goes all my free time!  The 100 Classic Baroque songs.

Thanks to this bastard, I now know what I'm going to do for the next week.

Like crack to a Democrat, this music is to me.

A blast from my past 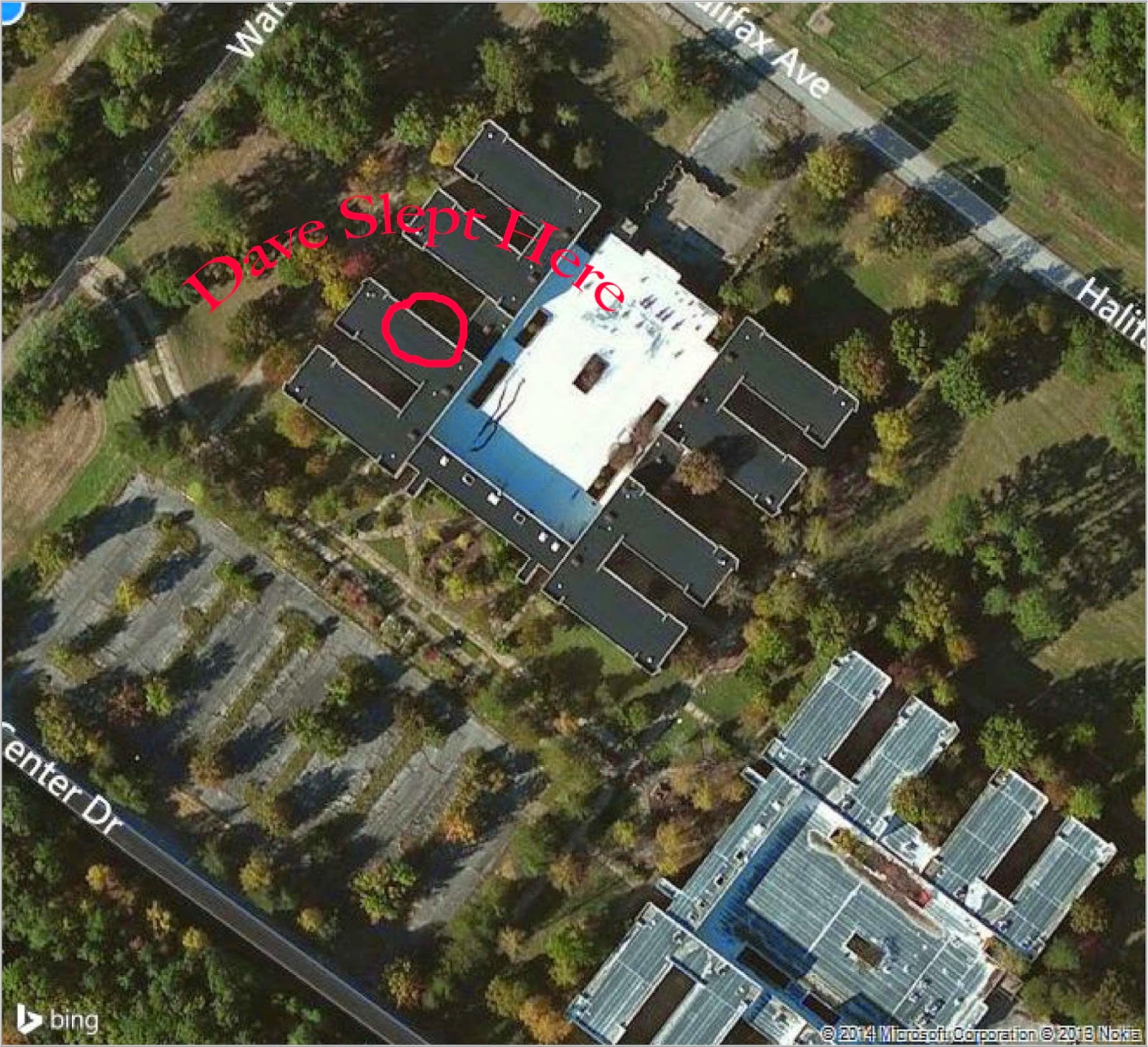 Just surfing around the web a few days ago, and something caught my eye.  Zoomed in.  Zoomed in more.

See that circle?  Young PVT Dave slept there in his bunk, trying to get sleep before the Drill Sergeant gave us a gentle wake-up.

That there, Ladies and Gents, is the former A Co, 787th MP BN.  Now overgrown and probably empty of everything except the ghosts of Drill Sergeants screaming at raw recruits they had to groom into Soldiers.

I'd like to go back there, just to piss on the CTA.  Just once.
Posted by Ragin' Dave at 20:10 No comments:
Email ThisBlogThis!Share to TwitterShare to FacebookShare to Pinterest
Labels: Musings and Meanderings, Personal crap

Plug your computer into your stereo

And then hit play.

I was looking for beautiful music to lift my mood tonight.

Object achieved.
Posted by Ragin' Dave at 21:17 No comments:
Email ThisBlogThis!Share to TwitterShare to FacebookShare to Pinterest
Labels: Real Music

Amnesty is NOT "Immigration Reform"

But just allowing people over the borders willy-nilly isn't the answer.  You should not be allowed into this country for free just because you live next door.  Amnesty is not immigration reform.

So every time I hear some dipshit on Capitol Hill crying and whining about how Eric Cantor's loss makes it impossible for "Immigration Reform" to happen, I want to throw something across the room.  There is plenty of chances for Immigration Reform to happen.  We the People just don't want to hear another politician explain to us why we should allow our country to be over-run with millions of free-money seeking Mexicans.

By the way, how would you like to be some guy from Slovenia or India or Ghana, who's following the rules and dealing with the INS for five to ten years, only to have some wetback swim across the Rio Grande and be told "Congratulations!  You're an American now!"  You really think that's fair?  If so, beat yourself in the face with a brick, because you need something to knock the stupid out of you.

Posted by Ragin' Dave at 07:39 2 comments:
Email ThisBlogThis!Share to TwitterShare to FacebookShare to Pinterest
Labels: Immigración, Winners of the Run-Jump-Swim competition

And the quote of the day goes to some political analyst schmuck:

“The GOP establishment’s problem isn’t with the Tea Party. It’s with Republican voters.”


After the GOP got shellacked in 2006 and 2008, they didn't do any soul searching.  They didn't try to figure out what had gone wrong.  They were rescued by the Tea Party after Obamacare was rammed down this country's throat, and they've spent the following years doing everything they could to destroy the Tea Party.

You cannot win elections by shitting all over the people who you want to vote for you.  Witness John McCain.

Eric Cantor was a D.C. Republican, which means he spent way too much time being nice to the Democrat American Communist Party, who are at this point and time the sworn enemies of the USA.  That got him ousted.  While I'm happy to see him go, I'm upset over the fact that he needed to go in the first place.  If he had actually stood on the principals that the GOP claims to stand for, he never would have faced a primary opponent.
Posted by Ragin' Dave at 20:56 2 comments:
Email ThisBlogThis!Share to TwitterShare to FacebookShare to Pinterest
Labels: Election 2014, Politics, Tea Parties

The Predictable Result of Running Away

Which means that al-Qaeda is now in control of a sizable chunk of Iraq.

Obama the gutless dipshit has thrown away every single life that was lost in Iraq.  Thrown it away for political purposes, just like he threw away the lives in Benghazi for political purposes.  Imagine if Roosevelt had run away from Germany while the Nazis were still around, and then the Nazi army had retaken Munich, or Leipzig.  If Obama had actually SPOKEN TO THE IRAQI GOVERNMENT before he pulled out every last US troop, or make arrangements to keep a small force there as backup, I'm willing to bet that al-Qaeda would have been stepped on like a bug when it started popping it's head back up.

We had already proven that the Iraqi forces could beat the terrorists when they had the US standing behind them.  By the time we left, we weren't even going out on many missions; we provided support for the Iraqi troops who did so.  And al-Qaeda was on the run.

This is just another example of how badly Obama has screwed things up.  He's the anti-Midas.  Everything he touches turns to shit.  He's an incompetent, weak, gutless, narcissistic, egomaniacal, pathetic buffoon.  And we have even more of him to look forward to in the future.  We haven't hit bottom yet.  That stuttering clusterfuck of a miserable failure is still in office; we have a long ways down to go.

Every time I go somewhere like San Diego, or San Marcos, or Oceanside, I realize just how big a shithole Los Angeles truly is.

And then I remember that I have to go back and live in LA.  It's like rubbing salt into an open wound.
Posted by Ragin' Dave at 18:58 1 comment:
Email ThisBlogThis!Share to TwitterShare to FacebookShare to Pinterest
Labels: Fuck Los Angeles, Musings and Meanderings
Newer Posts Older Posts Home
Subscribe to: Posts (Atom)