Excellent.  And that's not snark.  It's damn good.  It's better than good.  It brings the economic fighter that Obama fears most into the fight, and I bet that as much as the Left is going to bring Mediscare into the fray, Ryan's been fighting back for a while on that and knows how to counter-punch.
Posted by Ragin' Dave at 09:14 No comments:
Email ThisBlogThis!Share to TwitterShare to FacebookShare to Pinterest
Labels: Election 2012

Ragin' Dave's Quote of the Day, Gettin' Ripped Off edition

Everyone forty fifty or younger needs to be so pissed off about Social Security that their rage can be felt as actual heat in Washington D.C.

But I didn’t get a vote on Soshe Security. It was fait accompli — despite the clear intention in the framework of our government that there be no permanent program, that every thing be reconsidered every two years, with gridlock being the order of the day. I was not represented when it was decided that I would be robbed at gunpoint of fifteen percent of my productivity for life to pay for someone else’s woefully inadequate retirement pittance.

!!!!
Posted by Ragin' Dave at 16:24 2 comments:
Email ThisBlogThis!Share to TwitterShare to FacebookShare to Pinterest
Labels: QotD

Every time I look at the news

It keeps getting worse.  Every time I think that Comrade Obama can't sink any lower, in both his morals, his ethics and his actions, I get proven wrong.

This is getting depressing.  Because as far as I can tell, the vast majority of America is still falling for it.  How fucking dumb can my country be?
Posted by Ragin' Dave at 09:24 3 comments:
Email ThisBlogThis!Share to TwitterShare to FacebookShare to Pinterest
Labels: Politics 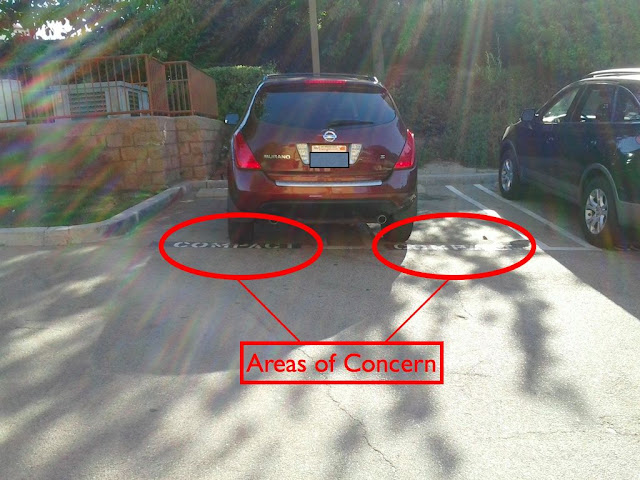 I want to go put dish soap all over his windshield.  The jackass.  Cali has pretty much been what I've expected, with a few pleasant surprises.  We'll see what the next few days bring.

The Ragin' Mrs. and I have been looking for a place to rent.  Needless to say, we're dealing with a little culture shock right now.  I thought maybe we would get a shoe box on a postage stamp.  Not even close.  We're getting half a shoe box on a patch of ground that could charitably be called a yard.

Coming from living in our own house to trying to find a way to fit our stuff into a broom closet?  This is housing hell.  And the people looking to buy my house are claiming that my bedrooms are too small?  They've never been to LA!

The next few years are going to suck ass.
Posted by Ragin' Dave at 22:48 3 comments:
Email ThisBlogThis!Share to TwitterShare to FacebookShare to Pinterest
Labels: Personal crap

What was planned for

Half a million Purple Hearts.  And that's after loss, pilferage, and waste.  Over a million and a half Purple Heart medals were produced for the war effort.

FYI, today is the 67th anniversary of the bombing of Hiroshima.  So when people talk about how horrible that bombing was, just remember that the US military was preparing for millions of dead Soldiers, Sailors, Marines and Airmen.  The bomb changed that.  I'm rather glad my Grandfather came home alive, rather than leaving my father an orphan.

Bill Whittle has one of the best summations of why we had to drop the bomb.  It's 15 minutes, but you need to watch it to understand why the decision was made.
Posted by Ragin' Dave at 08:21 No comments:
Email ThisBlogThis!Share to TwitterShare to FacebookShare to Pinterest
Labels: American History, Military Life

Yay.  I haven't driven in traffic like that since I left Puerto Rico.  I'm going to spend the next three years going insane.
Posted by Ragin' Dave at 07:44 7 comments:
Email ThisBlogThis!Share to TwitterShare to FacebookShare to Pinterest

And I should hit my final destination tomorrow afternoon, and report in on Monday morning.