All those big companies buying up residential houses are taking it in the shorts, with worse to come.

If you can remember all the way back to pre-Flu Manchu 2020, housing prices were soaring and there were a raft of articles decrying how commercial investors were snapping up housing as fast as they possibly could, pricing ordinary Americans out of the market.

Now, some two years later, it’s evident that a lot of those commercial investors kept buying right up through the peak of the market, and are now proceeding to lose their shirts on those deals thanks to the Biden Recession.

Look, these people were making bank at the expense of the middle class.  Quite frankly, I hope they all go under.  They got sweetheart deals from the Fed to buy up houses and price the average Joe out of being able to buy a house.  Fuck them all.  They took their chances, and now I hope they pay the fucking piper.

Posted by Ragin' Dave at 01:00 No comments:
Email ThisBlogThis!Share to TwitterShare to FacebookShare to Pinterest
Labels: Fuck the Fucking Fuckers

So I'm just gonna toss this out there

But if you elect some dude who has a name that you can't pronounce, there's probably a good chance you're living in a Democrat run shithole.

Also, Jackson, Mississippi was a shithole for a long long time before they elected the current Democrat.  When your city has been run by Democrats for nearly a century, you're going to be a second-class city and a first-class shithole.

Posted by Ragin' Dave at 06:50 No comments:
Email ThisBlogThis!Share to TwitterShare to FacebookShare to Pinterest
Labels: Random Crap

So, Queen Elizabeth is dead

Sorry to hear that.  She seemed like a nice person, and was a calm hand for Britain.

And now we have to deal with that fucking twit Charles.  Good luck, ya limeys.  Your best hope is that the jab gets Charles quick, and William becomes king in short order.

Shut up and show me your tits, whore 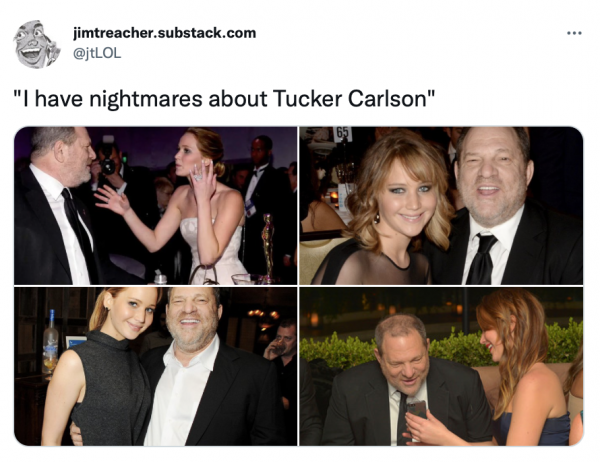 Random shit that pisses me off

So the Mrs and I were taking the dogs to the dog park last night.  It's big enough that I can chuck a ball for a good long while and wear out the border collie because HOLY SHIT border collie energy.

Now, I currently live in Utah.  And we're in a drought.  It's a mix between a California drought (YOU LIVE IN A FUCKING DESERT!) and the end result of a couple of years of lower snowfall in the mountains.

My front yard is dead.  I could only water it two days a week, and the sun hits the yard all day long, just cooking it.  That's something that the landlord is gonna yank my security deposit for leaving.  But then, every other yard in the neighborhood is dead, because we're trying to be decent people and we'd rather be able to flush the toilet than have a green yard.  And yeah, it was that bad last year, and we're trying to make sure it's not that bad this year.

So we're on the way to the dog park, and we drive by a dude who's pressure washing his driveway.  Water just rolling down the gutter.  Gallons upon gallons.  To wash a driveway.

I had a flashback to LA.  I'd be driving up to Canyonback Park, and you'd pass by house after house with lush, tropical plants, full green yards, and they're washing their driveways with water.  In A FUCKING DESERT.  While the powers that be scold people for using too much water when they wash their clothing.

Let me restate that:  The powers that be were scolding people for washing their clothes, while the rich up near Mulholland Drive were washing their driveways with water.

Look, I'd love to tear up the lawn and zeroscape it, but I don't own the place.  SLC is a desert.  There shouldn't be green lawns all around, because IT'S A FUCKING DESERT.  But we're in a fucking drought, my fucking yard is dead, and this guy used I don't know how many gallons of water to WASH HIS DRIVEWAY???

If I get to a point where I can't flush my toilet because there's no water, I'm going back there and beating his fucking head into the cement.

Yeah, that was disjointed.  Welcome to my life right now.

Posted by Ragin' Dave at 18:35 No comments:
Email ThisBlogThis!Share to TwitterShare to FacebookShare to Pinterest
Labels: Deep Thots, Random Crap

Florida tells the IRS to piss up a rope.

It’s no secret that the Biden administration has done everything it can to weaponize the federal administrative state against conservatives, including the IRS, just as Biden’s predecessor Barack Obama did.

If you could have guessed which state would become the first battleground against a weaponized IRS, Florida would probably be at the top of your list.

Florida’s Chief Financial Officer Jimmy Patronis, who also doubles as the state fire marshal, released the text of a bill that serves as part of his IRS Protection Plan for the state.

More states need to get ready to protect their citizens against the despotic Federal Government and their minions.  I need to start metaphorically banging on doors up in Idaho to get them to do the same.

Posted by Ragin' Dave at 12:56 No comments:
Email ThisBlogThis!Share to TwitterShare to FacebookShare to Pinterest
Labels: Government Thugs, Illegitimate and Corrupt

I got nothing today

I'm friggin' burnt.  Even on my days off I'm busy.  I keep thinking about the trip to Sturgis.  Not the town per se.  Hell, I spent a few hours there and that was enough.  I don't need to go back.   But the sheer joy of waking up, looking at a map and saying "Yeah, I'll go here today".  No schedule, no people I had to be responsible for, it was a joy.

In a few more months, that'll be a reality for just a little bit more.  And then back to the grind.  But damn, I could use some more of that.

The vaccine is the virus

This shit is designed to fuck you up.

A drug is a substance you introduce into the body that modifies a biochemical process with the intent of producing a specific result.

A vaccine is a substance you introduce into the body that is part or a modified whole of an infectious agent modified to not be harmful, and which causes the immune system to believe (falsely) that it is being invaded by the actual infectious agent and respond in kind.  By doing so the immune system gains knowledge of the invader so a subsequent actual invasion is met with an appropriate response (and thus you do not get sick.)

A substance that is designed to cause the body to produce a thing via its cellular machinery rather than by inhibiting or accelerating a chemical reaction is neither a vaccine or a drug.  It is a genetic modification of the body's cellular processes.

Look, anything that you inject into your body that causes your body to MODIFY itself is going to fuck you up.  It's only a matter of how badly it will do so.

Go read it all.  I can't do better than that.

Posted by Ragin' Dave at 01:00 1 comment:
Email ThisBlogThis!Share to TwitterShare to FacebookShare to Pinterest
Labels: The Vaccine is the Virus

Tell me again about how the unvaccinated are the problem? 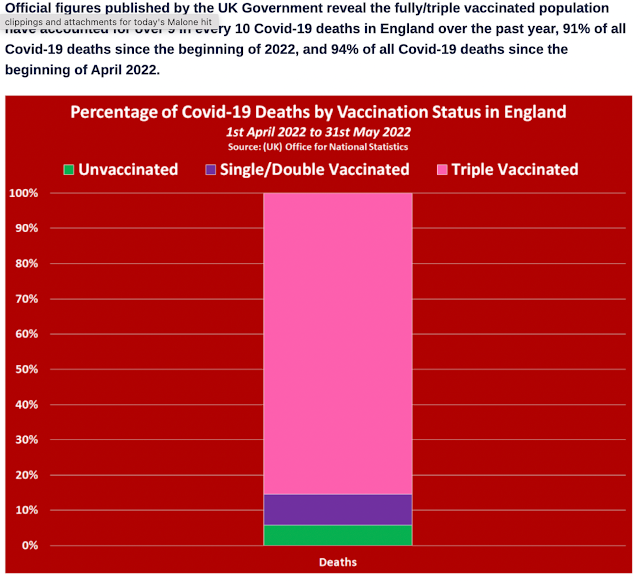 Posted by Ragin' Dave at 01:00 2 comments:
Email ThisBlogThis!Share to TwitterShare to FacebookShare to Pinterest
Labels: The Vaccine is the Virus
Newer Posts Older Posts Home
Subscribe to: Posts (Atom)