Things you need to know

What is five times better than WD-40 for dealing with rusted bolts?

Also, Ed's Red.  You're welcome.
Posted by Ragin' Dave at 08:41 No comments:
Email ThisBlogThis!Share to TwitterShare to FacebookShare to Pinterest
Labels: Modern Life

Let's hope the cops don't miss.
Posted by Ragin' Dave at 18:37 No comments:
Email ThisBlogThis!Share to TwitterShare to FacebookShare to Pinterest
Labels: Islam 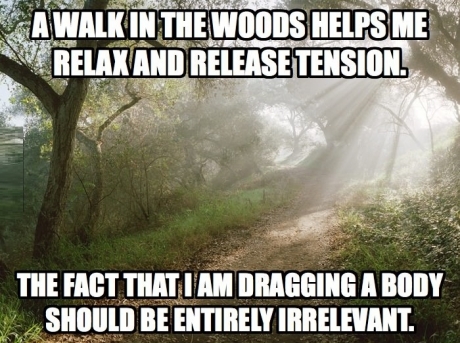 !!!!!
Posted by Ragin' Dave at 19:12 No comments:
Email ThisBlogThis!Share to TwitterShare to FacebookShare to Pinterest
Labels: QotD

Gonna get busier.  After the bomb blasts in Boston, I called the Ragin' Brother, who has reason to be in and around downtown Boston at times.  He's fine, along with his wife and kid.  Meanwhile, the media and the Democrat American Communist Party continue to beclown themselves.  One idiot Democrat (but I repeat myself) actually tried to claim that the bombing happened because of the sequester?

Numbskulls.
Posted by Ragin' Dave at 23:49 No comments:
Email ThisBlogThis!Share to TwitterShare to FacebookShare to Pinterest
Labels: Modern Life

Friggin' Awesome.
Posted by Ragin' Dave at 23:47 No comments:
Email ThisBlogThis!Share to TwitterShare to FacebookShare to Pinterest
Labels: THIS is America

So, a while back I purchased a pack of FTO Ethiopian coffee from Mystic Monk.  I finally got around to grinding some up and making coffee to test out.

It's a medium blend, not too bitter, with a bright flavor to it.  You can taste notes of apricot, with an undertone of roasted nuts and no real aftertaste.

All in all, I'd give it a 4.5 stars, with one being "Bleah!  Starschmuchs!" and a 5 being "OHMYGODTHISISTHEBESTCOFFEEINTHEWORLD!"  And I'll definitely be ordering more, and other types to try out.

Posted by Ragin' Dave at 09:24 No comments:
Email ThisBlogThis!Share to TwitterShare to FacebookShare to Pinterest
Labels: Personal crap

Are you saving for retirement?  You rube.  I hope you haven't saved too much!

How many times have you read financial-advice stories lecturing you to max-out on your IRA, save as much as you can in your 401(k), and even pay taxes now to change your regular IRA into a Roth IRA that will be tax-free until you die?

Well, be careful how much you save.

That's the message in President Obama's budget for fiscal 2014, which for the first time proposes to cap the amount Americans can save in these tax-sheltered investment vehicles. The White House explanation is that some people have accumulated "substantially more than is needed to fund reasonable levels of retirement saving." So Mr. Obama proposes to "limit an individual's total balance across tax-preferred accounts to an amount sufficient to finance an annuity of not more than $205,000 per year in retirement, or about $3 million for someone retiring in 2013."


One - if this doesn't give you the perfect window into that fascist fucking pinhead's mindset, I don't know what will.  Obama the Nazi doesn't think you even own your own retirement accounts - and he'll make sure you only have what he thinks you should have, you fucking peasant!  BOW BEFORE YOUR GOD AND KING OBAMA, YOU FUCKING SLAVE!!!!!

The budget offers few details on how the government would enforce this cap across a worker's various accounts, but you can bet it would be complicated. Right now the government doesn't track all tax-deferred account balances. Financial firms don't have to send IRS 1099 forms to investors unless there's a distribution, nor do the firms know how much customers hold at other institutions.

So the IRS would get new power to impose new burdens on millions of taxpayers. And all so the government could raise what the White House claims would be $9 billion more in revenue over 10 years, as if people wouldn't change their savings habits. After this proposal, only a fool would pay taxes now to transfer to a "tax-free" Roth IRA that the feds may decide to tax someday.

Well, duh.  That's one thing those anti-American communist fucksticks never figure out - people will change their actions to avoid being punished by the fascist government.

The Administration's political motive here is two-fold: First, it's a redistributionist play and a revenue grab. But for many on the left it's also about reducing the ability of individuals to make themselves independent of the state. They have always disliked IRAs, just as they oppose health-savings accounts, because over time they make Americans less dependent on federal entitlements or transfer payments.

Amazingly, Mr. Obama has surveyed the economic landscape and somehow decided that it's time to discourage savings if you make more than he thinks is "reasonable."

And that is the bottom line, isn't it?  Like all Marxists, they want slaves dependent on the government, not a free group of individuals who are self-reliant.

We need more tar and feathers.