You know, I could go on about how Marion Barry is just another racist piece of shit, but really, why bother?  If a white politician had said that we need to rid of those dirty black shop-owners and replace them with white shop-owners, the MSM would be in full fury.  But Barry starts talking about those "dirty asian shops" and the response is what?

Fuck the MSM, and Marion Barry can go back to banging hookers and smoking crack in a hotel room.
Posted by Ragin' Dave at 10:33 No comments:
Email ThisBlogThis!Share to TwitterShare to FacebookShare to Pinterest
Labels: Racism

From Popular Mechanics, via Insty:


Fully charged on a brisk March morning, the all-electric Mitsubishi i’s range meter estimated that the battery pack had enough energy to travel 56 miles. That’s plenty, I thought, for the several-stop route I planned to a neighboring town and back. But as I pulled out into traffic, I flicked on the heat and watched the range meter recalibrate, dropping the estimated range down to 37. I did a quick mental calibration: A few miles to the first stop, 12 miles on the highway, 12 to return, another five to the next location, and so on. I then had a choice to make: Either shiver in the car or risk getting stranded. I chose the former.

Fifty six miles?  Dude, I get that on one gallon of gas in my motorcycle, so on a summer day we're even.  But no heat?

FAIL.  FAIL FAIL FAIL FAIL FAIL.  Just who the fuck do you think is going to drive this car, anyways?  People along the equator?  There is no way in hell that this vehicle would last above the Mason-Dixon line.  It wouldn't last one day in Wisconsin after say...  September.
Posted by Ragin' Dave at 06:09 5 comments:
Email ThisBlogThis!Share to TwitterShare to FacebookShare to Pinterest
Labels: "Modern" Life, General Stupidity 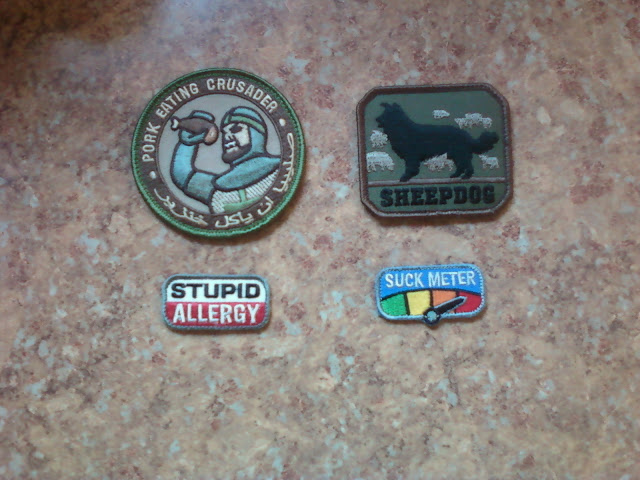 MilSpec Monkey.  Awesome.  They have a Spartan stencil that I'm going to get next.
Posted by Ragin' Dave at 04:00 1 comment:
Email ThisBlogThis!Share to TwitterShare to FacebookShare to Pinterest
Labels: Linky Love, Personal crap

Obama the Criminal is at it again

This is why the MSM must be destroyed, as soon as possible.
Posted by Ragin' Dave at 05:48 1 comment:
Email ThisBlogThis!Share to TwitterShare to FacebookShare to Pinterest
Labels: Criminal Behavior, Obama, The Media is not your friend

Thank goodness.  I'm friggin' burnt out right now.  I took a picture of myself, and one of my friends said I looked either sick or exhausted.  In truth, it was both.

Now to get busy around the house.
Posted by Ragin' Dave at 05:44 No comments:
Email ThisBlogThis!Share to TwitterShare to FacebookShare to Pinterest
Labels: Personal crap
Newer Posts Older Posts Home
Subscribe to: Posts (Atom)