Sorry for the lack of posting yesterday.  I was going on the premise that if you don't have anything nice to say, then don't say anything.

I smoked up a nine pound pork roast the other day.  We got some rain and a lot of wind, and it lowered the temp in the smoker hard enough that I couldn't fully do what I wanted to do, which was smoking it until I could make pulled pork.  But it was cooked through, and it came out like a good ham, so I can at least use that.  I might fry some up with grits and eggs for breakfast today.

I'm going to be lazy today.  I hope you have a wonderful Christmas. 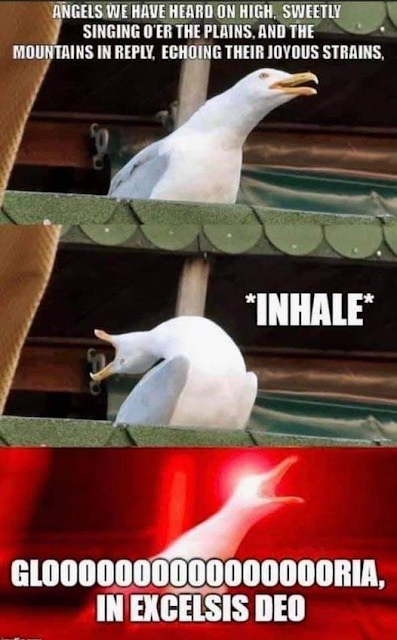 Posted by Ragin' Dave at 08:23 No comments:
Email ThisBlogThis!Share to TwitterShare to FacebookShare to Pinterest
Labels: Random Crap 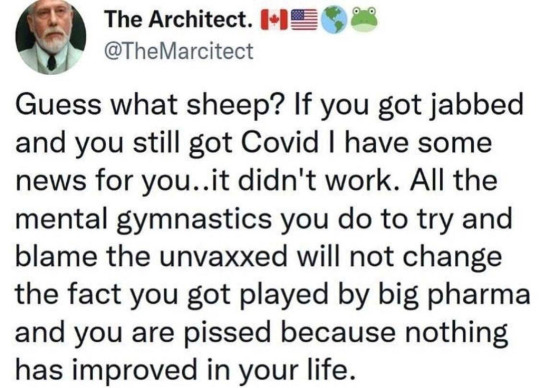 That's kind of harsh, but not as harsh as this.

Posted by Ragin' Dave at 22:01 No comments:
Email ThisBlogThis!Share to TwitterShare to FacebookShare to Pinterest
Labels: The Vaccine is the Virus

One of my many pet peeves

I've got quite a few of them.  I collect them like baseball cards.

Taking the dogs for their walks, I go around the block for the big dog, and then the little dog gets a mile route.  The big dog is old and can't go very far any more, but the little dog is a puppy and needs the extra steps.  And there's a few houses that have dogs in the back yard.

Look, I get that dogs bark.  It's something we try to control with our dogs, and we're pretty successful at it.  The big dog will let out a bark or two if someone is at the door.  The little dog is a work in progress.  But we never, EVER let our dogs just bark for hours in the backyard.  Hell no.  That's rude as shit to your neighbors.  It's disrespectful to everyone around you who has to listen to it.  If my neighbors had a dog that never shut up, I'd try talking to them first, but if they refused to do anything I'd just call the cops with a noise complaint.  I'm not listening to your dog bark all day.  Fuck no.  Control your animal.  Luckily my neighbors are awesome, but halfway down the block?  Not so much.  It shows a complete and total lack of respect for the people who live around you to just let your dog bark it's fool head off for hours and hours.

Anyways, that's my little mini-rant of the day.  Let me work up to a real rant later.

Posted by Ragin' Dave at 07:09 No comments:
Email ThisBlogThis!Share to TwitterShare to FacebookShare to Pinterest
Labels: Personal crap

Piling on with "Our military is fucked"

Americans should no longer feel secure. As China was in the final stages of proving that it could guide a hypersonic missile to the other side of the globe and hit a target, our “woke” secretary of defense ordered a two-month “stand down” of the entire U.S. military in order to investigate and “root out” white supremacists within its ranks—a waste of precious time chasing a non-existent “domestic enemy.” At the same time, they were expressing pride at new flight suits designed for pregnant pilots, versus aggressively recruiting and training the at least 2,000 new pilots desperately needed to execute the Air Force’s most fundamental mission.

Lloyd Austin and Thoroughly Modern Milley are still trying to root out "white supremacy" and other various forms of "extremism" that doesn't really exist while ignoring the actual mission of the US Army.  They're clowns playing clown games while the Army goes to hell.  I don't know of one actual leader who thinks we're ready to face down China right now.  All the people who aren't clowns realize that we're in deep shit,  But Lloyd Austin doesn't care.  He's a worthless piece of shit who sees the KKK behind every door, and by god he's going to root those klansmen out!  But not China.  He'll never do anything against China because his master is owned by China so there will be no action that will upset his master's owners.

Buy more ammo, folks.  If it comes to actual war, you might need it.

Tyrants never give up power willingly. 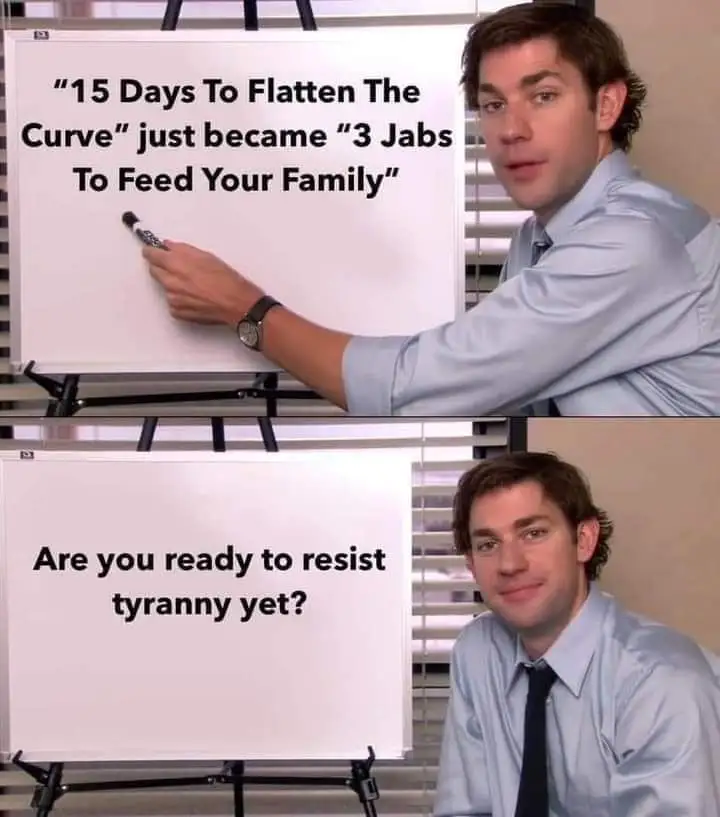 Posted by Ragin' Dave at 01:00 No comments:
Email ThisBlogThis!Share to TwitterShare to FacebookShare to Pinterest
Labels: Get Down With The Sickness

A voice crying out in the wilderness

One of the elements that unequivocally confirms the criminal nature of the Great Reset is the perfect synchrony with which all the different Nations are acting, demonstrating the existence of a single script under a single direction. And it is disconcerting to see how the lack of treatment, the deliberately wrong treatments that have been given in order to cause more deaths, the decision to impose lock downs and masks, the conspiratorial silence about the adverse effects of the so-called “vaccines” that are in fact gene serums, and the continuous repetition of culpable errors have all been possible thanks to the complicity of those who govern and the institutions. Political and religious leaders, representatives of the people, scientists and doctors, journalists and those who work in the media have literally betrayed their people, their laws, their Constitutions, and the most basic ethical principles.

Posted by Ragin' Dave at 07:14 No comments:
Email ThisBlogThis!Share to TwitterShare to FacebookShare to Pinterest
Labels: Gimme that Old Thyme Religion

Fauci is the pathetic little worm we all knew he was.

The Mini-Mengele is about as "scientific" as the Weekly World News and their Batboy stories.

Multiple sources, and particularly Scott Atlas’s recently-published account of his time on the task force, have noted that Fauci often relies on aides to curate lists of sources in advance of his many media appearances. He seldom reads the scientific literature on Covid-19 himself, and instead arrives at meetings with staff-prepared talking points. It appears that Folker’s email was an answer to one such request for talking points to attack the GBD scientists.

Note that Fauci frequently portrays himself as a staunch defender of science who stays above the political divide and remains outside of partisan debates. In light of that, you might expect that Folker’s response to Fauci’s request would yield a small sample of scientific analysis on the logic behind lockdowns, even if only in a format bullet pointed by his staff. But you’d be wrong. Folkers sent Fauci a list of seven political op-eds and articles opposing the GBD from popular media outlets.

Not only is Little Fascist Fauci NOT a real doctor in any sense of the word, he's nothing but a narcissistic government worm who's literally and directly responsible for the deaths of hundreds of thousands of Americans who could have been treated with over the counter drugs, but instead were allowed to die in hospitals because the so-called SCIENCE refused to listen to actual doctors.  In fact, he got other doctors shut down because he is SCIENCE and who else does he need, right?

This fucking guy should be rotting in jail for his crimes.

Posted by Ragin' Dave at 06:33 5 comments:
Email ThisBlogThis!Share to TwitterShare to FacebookShare to Pinterest
Labels: Criminal Behavior, Get Down With The Sickness, Total Corruption
Newer Posts Older Posts Home
Subscribe to: Posts (Atom)