Protester demands that GOP Senator @BillCassidy "apologize to my children for ruining their futures.”

Cassidy looks at the kids: “Guess what? Your parents are using you as tools. In the future if somebody makes an allegation against you & there’s no proof for it, you'll be OK." pic.twitter.com/y6WKtPhpYO
— Benny (@bennyjohnson) October 12, 2018

Posted by Ragin' Dave at 20:33 No comments:
Email ThisBlogThis!Share to TwitterShare to FacebookShare to Pinterest
Labels: Oh HELL yeah 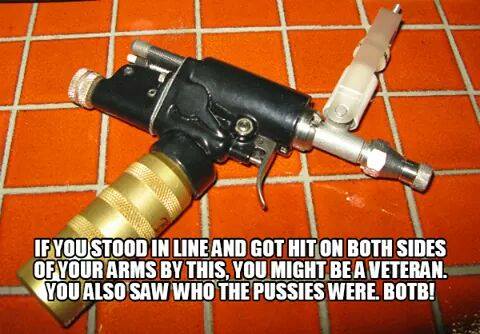 I can't remember if I posted this or not

A group of scholars has been getting bogus studies published in peer-reviewed journals to make the point that many in academia no longer value reason when it comes to gender issues.

Helen Pluckrose, a researcher and author; James Lindsay, who has a doctorate in math and is also an author, and philosophy professor Peter Boghossian noticed that “Something has gone wrong in the university – especially in certain fields within the humanities.” The trio set out to prove just how easy it would be to publish various studies of a dubious nature in respected journals.

I think it's safe to say that liberalism has destroyed the credibility of academic institutions in a way that they won't ever get back.

For one year, the three submitted academic papers to journals covering “cultural studies,” “identity studies” – such as gender studies – and “critical theory.” They submitted 20 papers to relevant journals. So far, seven have been accepted (four of which have already been published online), seven more are under review, and six were rejected. The scholars also say they received four offers to peer-review other papers because of their own studies.

"BUT IT WAS PEER REVIEWED IN A SCIENTIFIC JOURNAL!"  My respect for "peer reviewed" has plummeted in recent years, but it's pretty much hit rock bottom now.  I still respect the STEM fields, as you can't get away with bullshit nearly as easily as you can with the humanities.

The accepted but not yet published studies included a paper explaining that the critique of social justice is unethical, one that was nothing more than “bitter, divorced feminist” ramblings created using a “teenage angst poetry generator,” and one that rewrote part of Adolf Hitler’s “Mein Kampf” with “fashionable buzzwords.”

Now see, that last one doesn't surprise me one bit - the left is in love with National Socialism, they just won't admit it until they have the manpower for the camps and the cattle cars.

Posted by Ragin' Dave at 06:26 No comments:
Email ThisBlogThis!Share to TwitterShare to FacebookShare to Pinterest
Labels: It's like science!, Nucking Futs

But #BELIEVEALLWOMEN or something....

If you're a parent of a boy, here's a sickening little story out of Pennsylvania that will have your gut clenching and your sphincter puckering.

Several high school girls — dubbed "mean girls" — claimed a male student sexually assaulted them because they “just don’t like him.” Now the school district and district attorney are facing heat over the fact that neither punished the young women at all.

Now the boy’s parents, Michael J. and Alicia Flood, are suing the parents of the five girls and the Seneca Valley School District in Pennsylvania over their son’s treatment. They say in their 26-page lawsuit their son “was forced to endure multiple court appearances, detention in a juvenile facility, detention at home, the loss of his liberty, and other damages until several of the girls reluctantly admitted that their accusations were false.”

"until several of the girls reluctantly admitted that their accusations were false."  This poor kid's life is ruined, but nobody is going to do a damn thing to the girls who made up bullshit and accused him of crimes he never did.  And you want to talk about setting back sexual equality?  This kid has learned a painful lesson that's going to stick with him for the rest of his life:  That women are mean, cruel, capricious, lying, vicious creatures from hell, and nobody will protect you from them.

I don't actually believe that all women are mean, cruel, capricious, lying vicious creatures from hell.  I'm married to the best woman on earth.  But does anyone out there really think he's going to recover from this by the time he's hit thirty?  This kid spent nine days in a detention center and weeks on house arrest all because these girls LIED.

So to all the vapid lefties out there claiming that we should #BelieveAllWomen?  Piss off.  I've been falsely accused of sexual harassment.  I've had friends falsely accused of all kinds of shit because the women knew they could get more out of the divorce proceedings if the judge thought they were dealing with a criminal father.  And we've just seen the most recent national lynching of a good man by the Left.

Americans are paying more to cover the costs of illegal immigrants having children in the United States than Congress plans to give President Trump in border wall funding this year, according to an explosive new analysis of Census Bureau data.

That is $800 million more than the Senate has approved for Trump’s border wall this year and enough to pay for the wall over 10 years.


I am sick and tired of watching billions upon billions of dollars get wasted on illegal alien criminals and their anchor babies.  Hey, maybe if Mexico weren't such a corrupt, socialist shithole, we wouldn't have millions of low-education, low-skill illegal aliens coming here to dump their anchor babies on to American's social services net.  But maybe, JUST MAYBE if we build the damn wall and enforced our immigration laws, Mexico wouldn't be able to keep exporting their problems to America, and they might have to ACTUALLY FIX IT THEMSELVES.

Of course, with Mexico's new communist president, I expect to see the problems multiply.  And of course it's going to be America picking up the bill once all is said and done.

The Center for Immigration Studies report also put a price on the likely Medicaid bill for childbirth and early care to illegal and legal immigrants combined, at $5.3 billion. That is one-fifth the total cost of building the border wall.

We have homeless vets with serious mental problems that $5.3 billion could really help.  But gosh, let's waste it on illegal aliens and their anchor babies!  How many laws do I get to break and have the government essentially hand me wads of cash?  None?  Huh, I guess that's because I'm just a law-abiding schmuck that the government uses to obtain their money that they give to illegal alien criminals and their anchor babies!

Lordy, this immigration bullshit pisses me off.  BUILD THE FUCKING WALL!  ENFORCE THE FUCKING LAW!  SEND!  THEM!  BACK!

Posted by Ragin' Dave at 07:28 No comments:
Email ThisBlogThis!Share to TwitterShare to FacebookShare to Pinterest
Labels: Immigración, The Stupid Party

Time to get ruthless. ALL Republicans must go; every one; none should be allowed to appear in polite society again; must be shunned; relegated to the dustbin of history.  White-nationalism dying a hard, mean, mean-hearted death of resentment & rage, trying to kill the country. pic.twitter.com/0f0XrenAml
— Jerry Saltz (@jerrysaltz) October 4, 2018


"All Republicans Must Go"?  Huh.  Seems like the Democrats love of National Socialism is creeping up to the forefront again.
Posted by Ragin' Dave at 08:43 No comments:
Email ThisBlogThis!Share to TwitterShare to FacebookShare to Pinterest
Labels: LeftHate, National Socialist Democrat Worker's Party

If you go to San Juan, Puerto Rico, you'll find quite a few statues of the fellow, often in plazas named after him.  It seems our brown brothers and sisters haven't yet been infected with the mental disease that makes you hate your existence and the men who made it possible.

Of course, they're not all that fond of Whitey either, but hey, you take what you can get.

Probably going to do some range time this afternoon, once I shake the sleep out of my eyes.  Stayed up way to late last night, but it was a good time with good people, so it was worth it.
Posted by Ragin' Dave at 08:43 No comments:
Email ThisBlogThis!Share to TwitterShare to FacebookShare to Pinterest
Labels: Musings and Meanderings
Newer Posts Older Posts Home
Subscribe to: Posts (Atom)