Running 8 miles on pavement isn't an old man's game.  Damn.  I'm going to be sore as hell tomorrow.
Posted by Ragin' Dave at 18:52 No comments:
Email ThisBlogThis!Share to TwitterShare to FacebookShare to Pinterest
Labels: Personal crap

Paul Ryan once again caves to the Democrats

If this Omnibus bill passes, the GOP can kiss away all control of Congress for the next six years.

Congressman Brat joined SiriusXM’s Breitbart News Tonight for an interview with co-hosts Rebecca Mansour and Joel Pollak moments before entering the House to cast his vote.

It's apparent that the GOP establishment still hasn't learned that business as usual is not the way to go.  If they think the Tea Party was unpleasant, what's about to get thrown at them will make the Tea Party look like a tempest in a tea pot.  The Freedom Caucus gets it, but the GOP establishment would rather cut off their own dicks than listen to people who actually represent their constituents.  One GOP Representative who actually gets it is this guy:

"IT SUCKS! I am gonna vote against it TWICE if they'll let me!"#PresidentTrump


And I agree with the sentiment here:  Veto this crap.  Period.
Posted by Ragin' Dave at 06:37 3 comments:
Email ThisBlogThis!Share to TwitterShare to FacebookShare to Pinterest
Labels: Backstabbing Shitweasels, Congressional Stupidity, The Stupid Party, We need more tar and feathers

I agree with Kurt. Don't go to college

At least, not until you've gotten a couple years of actual life under your belt, and you can't be easily indoctrinated by the Marxist parasites.


Contemporary college is a scam, and if you fork over your money blindly you’re the mark. A quarter million and what do you get? A piece of paper that memorializes your indoctrination plus cirrhosis of the liver.
Hillsdale College excepted, of course. And I wish I could except the service academies too, but when West Point is knowingly commissioning open commies it’s clear that it’s chosen not to meaningfully differentiate itself from the civilian four year resorts. Well, that’s not quite right. At least after you graduate from one of the academies you will get a job – hell, it doesn’t seem the Army can even summon up the cojones to can Comrade Lieutenant yet. But you can’t say that for the rest of academia. Here’s your Feminist Theater Theory degree; welcome to funemployment! I guess being a barista with a $150K student loan debt is a kind of a career.
Yes, I know there are jobs out there that require a degree.  But there's nothing that says you have to jump straight from high school into a Marxist Indoctrination Center to have your soul sucked out of your body before it's had a chance to grow.

I enjoyed 4H growing up.  I learned how to garden.  How to raise pigs.  How to train my dog.  Plenty of other things.  But now it's just another converged institution, and SJW converged institutions do not exist to educate kids on useful topics, but to indoctrinate them into unthinking drones to the narrative.


4-H was such a wonderful experience for me growing up, the meetings, the projects, the county fair...... and now it's completely converged and I wouldn't let my kids join. https://t.co/avXixo9fXY
— Spacebunny Day (@Spacebunnyday) March 21, 2018


Click on the link and you'll get the 4H memo on "inclusiveness" to trannies, which is just another way of normalizing a mental illness.

Posted by Ragin' Dave at 17:04 4 comments:
Email ThisBlogThis!Share to TwitterShare to FacebookShare to Pinterest
Labels: Roll Left then Die

I keep expecting this blog to get shut down, but I'm small enough that they apparently don't notice me. 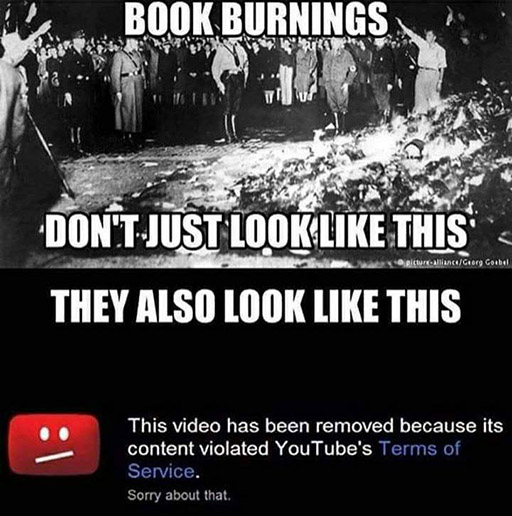 YouTube is aware that social media helped get Donald Trump elected, and they're damn sure not going to allow it to happen any more.  All of Silicon Valley has been exposed as Democrat drones at this point, and I don't see it getting any better any time soon.
Posted by Ragin' Dave at 06:15 2 comments:
Email ThisBlogThis!Share to TwitterShare to FacebookShare to Pinterest
Labels: Dirty Fucking Hippy Losers, Election 2018, Hypocrisy thy name is Democrat

Hillary Clinton - the gift that keeps on giving. Like Herpes.

So once again Hillary Clinton's hatred for Normal Americans was broadcast on TV.

During a recent trip to India, Clinton told attendees at a conference in Mumbai that Americans did not "deserve" a Trump presidency, said she won the states "that are optimistic, diverse, dynamic, moving forward," and said that Trump's campaign was "looking backwards."

Clinton summed up Trump's message as "you know, you didn't like black people getting rights, you don't like women, you know, getting jobs. You don't want, you know, to see that Indian American succeeding more than you are."


Personally, I hope she keeps her "I hate America and normal Americans" tour going for another couple of years.  I want folks to have the reason Trump won the election front and center for as long as possible.  The Clintons ARE the Democrat Party, and have been ever since 1992.  They are some of the most corrupt, power-hungry, greedy, sleazy, evil people this country has ever seen, and the Democrats protected them against all the consequences of their actions, until they couldn't anymore.  So now the dowager Empress of Chappaqua is running around explaining to the world that the people who elected Donald Trump are the worst things ever, and it's all caught on video.

All you have to do is listen to these people, and they'll tell you exactly what they think of you.  And make no mistake, their opinions are shared by millions of ProgNazis on both coasts, who hate you just as much or MORE than Hillary Clinton does.
Posted by Ragin' Dave at 07:33 No comments:
Email ThisBlogThis!Share to TwitterShare to FacebookShare to Pinterest
Labels: Clinton Shennanigans, Evil Does Exist, Fuck the Fucking Fuckers, Moonbats on Parade

And promptly wets their knickers.


Rural Alabama gas station. I was there getting a Snickers. pic.twitter.com/eGraFplA43
— Sarah Kendzior (@sarahkendzior) March 18, 2018

Much as the thought of why they allow homeless bums to publicly shit on their streets confuses us, the thought of citizens having the right to defend themselves, or hell, to buy as many damn guns as they want, confuses the living shit out of liberal snowflakes.
Posted by Ragin' Dave at 07:22 3 comments:
Email ThisBlogThis!Share to TwitterShare to FacebookShare to Pinterest
Labels: 2A, Moonbats on Parade
Newer Posts Older Posts Home
Subscribe to: Posts (Atom)