The War Against Radical Islam

Below appears a picture of Abdel-Hamid Mask, a 29-year-old Muslim cleric from the West Bank city of Hebron. It was taken, apparently, before he blew himself up aboard a Jerusalem bus earlier this week, killing 18 people, including five children. 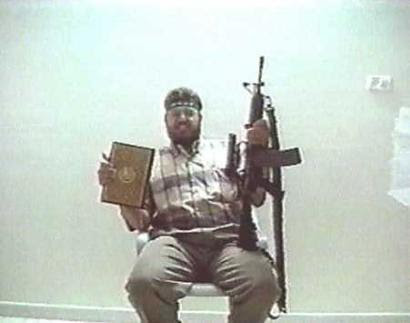 Is there really any doubt that World War III, featuring Radical Islam on one side and the rest of us on the other, is what we are witnessing?
Posted by Tim at 12:49
Email ThisBlogThis!Share to TwitterShare to FacebookShare to Pinterest