I blame the publik skool sistim 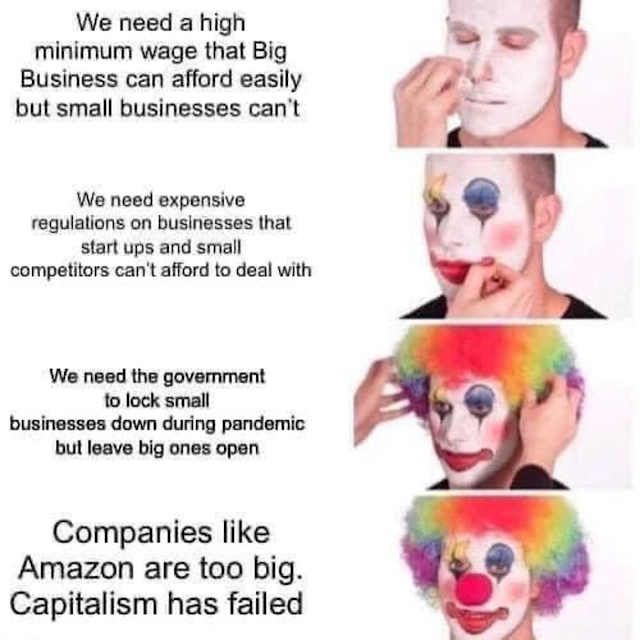 I've seen a lot of stupid bullshit from younger people about how capitalism is failing us, and work sucks, and blah blah blah.  Damn near every problem in this country can be traced back to the government sticking its nose where it doesn't belong, including allowing Blackrock to borrow cheap money to buy up entire neighborhoods as investments or rental properties, thus fucking over the single family who wants to buy a house but just got priced out by the government back-door deals.

Maybe if the publik skool sistim actually taught critical thinking skills people would be able to look past the first action to see the actions that took place first.

Posted by Ragin' Dave at 08:36
Email ThisBlogThis!Share to TwitterShare to FacebookShare to Pinterest
Labels: Modern Life

Of all the stupid scams that Democrats have pulled, minimum wage is the dumbest. That led to their moronic voters wanting to TAX businesses, even though businesses just pass that tax on, making products and services escalate in price for nothing. Coupled with the part of minimum wage that only keeps the lowest paid worker at the very same purchasing level, but reduces the purchasing power of everyone that makes more than minimum wage.

Try to find a decent cup of coffee in your hometown, it'll probably be at Waffle House because older folks abandoned their longtime friends over less than a dollar.

Independence and freedom are old timey ideology. I can't even get my good friends to stop referring to this upcoming holiday as "July 4th."

Mark my words, in about five years, Independence Day will be celebrated on June 19th.