Saw this over at Ace's place 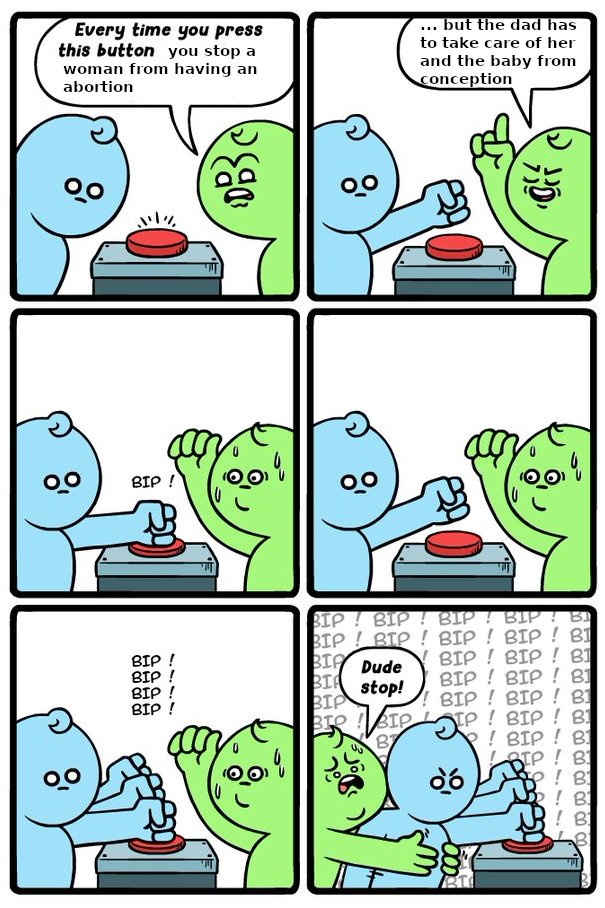 The most moronic argument FOR abortion from the pro-death camp is that we anti-baby-murder people don't really care about babies, we just want to push our religion on people.  Dude....  I can't cope with an argument that stupid.  There are Catholic orphanages EVERYWHERE in the world, taking care of the kids that don't have parents.  They're sometimes called "group homes" or "boarding schools", but they amount to the same thing.

"How could you punish a woman with a baby!"  Another argument that reaches depths of depravity I can't even begin to fathom.  "Punish" a woman with a baby?  I can understand that some kids don't know where babies come from, but damn, people.  Anyone who makes this argument is an infantile piece of shit.

Posted by Ragin' Dave at 09:04
Email ThisBlogThis!Share to TwitterShare to FacebookShare to Pinterest
Labels: They want to kill babies

I tried to post this on the book of face. It would not allow me, due to people complaining about it hurting their feelings or something. I found a work around, and posted it anyway.
I await further developments, and my first outright ban, instead of them finding it, and taking it down with a nasty warning letter. That will mean I have finally made it. It will also mean that I will await my return from sentence with baited breath, just for my last hurrah. It will be epic, I assure you.

The cause of ending abortion would be aided greatly if the people who're siding with it because of religious reasons weren't trying to push their religion on other people.

It's got nothing to do with the righteousness of the goal.

It's real, and I've seen it first-hand.

"I believe in God, He says no abortions and YOU must conform to what MY God says!" is the gist of it. That's how they feel about everything and they're just aligning with ending abortion at the moment with you.

"Pro-choice" means everyone gets a choice but the baby.

"How can you be for the death penalty but against abortion?" Simple. How many mass murders did the baby commit? How many rapes, or premeditated murders? How many cops did it kill and how many tons of drugs?

And the "the dad has to take care of her and the baby from conception" used to be known as "marriage". They went and got rid of that with the "if it feels good, do it!", followed by the explosion of STDs, up to and including AIDS. They do not get that simple solutions work the best and the fact that they can avoid pregnancy "with the one simple trick!" (of keeping their knees together) means that they need to think twice before acting once. The Gods of the Copybook Headings are not far away. And they are hungry.