...as the Raging Girlfriend was getting her drawl on, one of God's most enthralling creations was bearing down upon the Slimy Homestead: 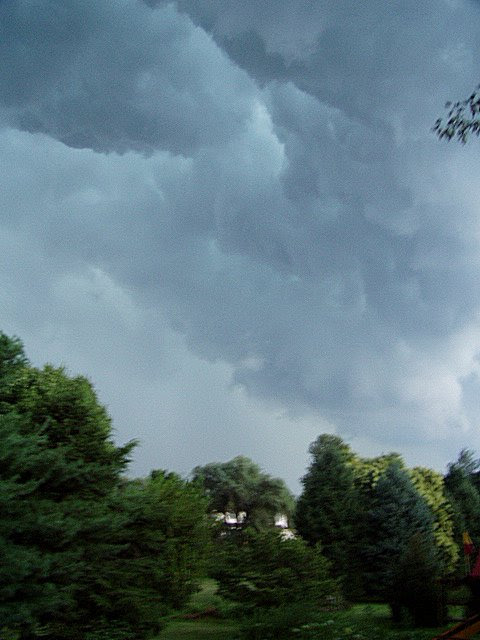 Quite intriguing: a pillow of cool air arrived first, followed by three lines of light white winding cloud, almost like bumpers for the front, then this nasty looking dark blue and grey cloud bank. All the while, little white puffy miniclouds were scudding across the sky a few thousand feet below everything else, speeding southeast like race cars against the backdrop of the big and plodding storm system.

Then of course the microburst arrived with its blustery sheets of cold big drop rain. 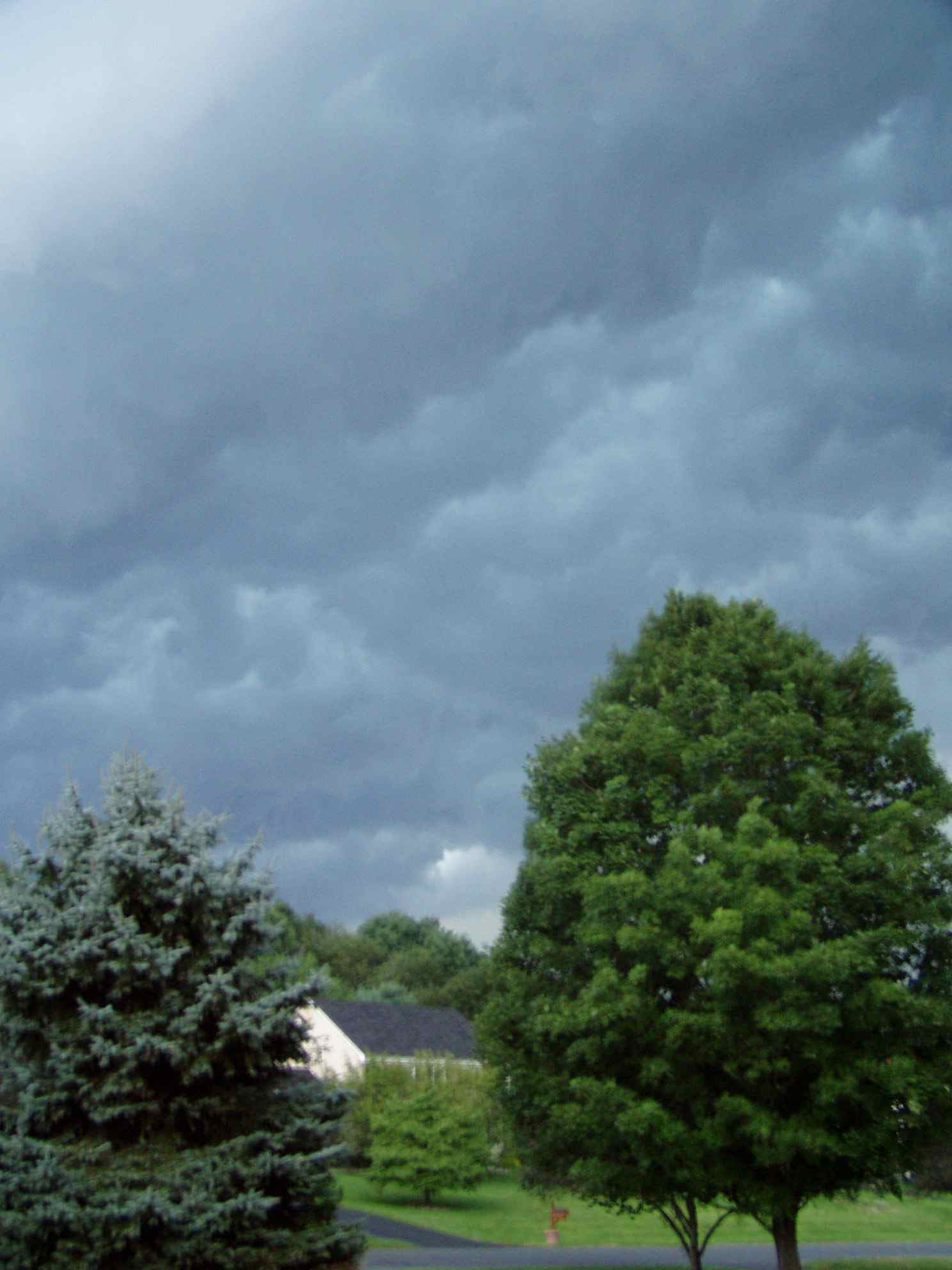 No, you're right. The pictures don't do the justice to the power of such a phenomenon.

Posted by Tim at 15:03
Email ThisBlogThis!Share to TwitterShare to FacebookShare to Pinterest