Followed by dinner at the American Legion.  It'll be a nice day, although in typical Utah fashion we'll be bundled up when we leave, and stripped down to summer-weight gloves and jackets at the end of the day.

My wife found a perfect example of why we can't have a conversation about guns with Leftists.  Because they say shit like this: 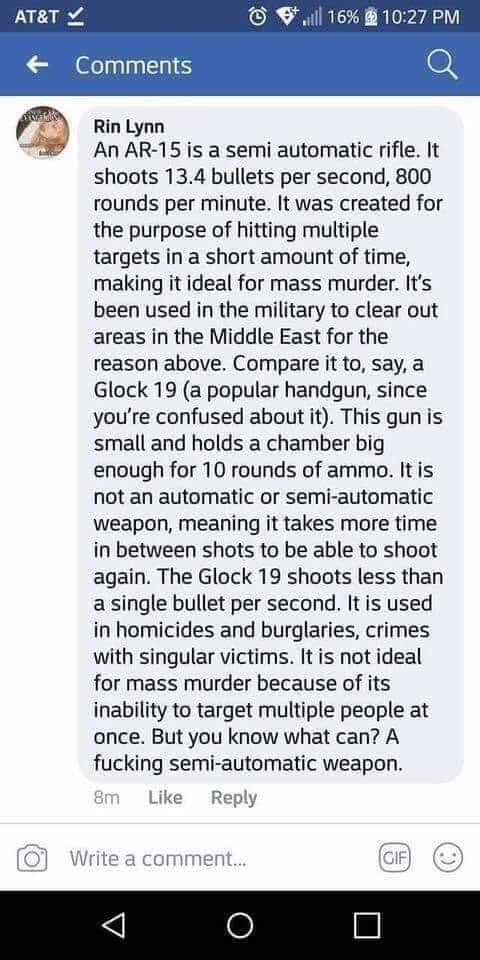 This is like saying that you shouldn't own a banjo, because cats can hold one thousand spoons per tennis racquet.  It's gobbledygook.  Word vomit from people who think they're smart but don't have the first clue about the subject on which they're pushing forward their opinion.  You can't argue against make-believe FEEEEEEEEELINGS presented as rational arguments.

That just hurts my head.

Right? Trying to have a discussion with these people is impossible because they're too ignorant to even begin that discussion.

This person can't be wrong, they seem so sincere. And sure of themselves.
I have heard this before, but it is worth repeating. Stupid should hurt.