The walking boot was a sham

Unless you can explain how a broken foot heals in eight days?

Earlier today, Slow Joe was seen talking to the press between events.  Curiously absent, was Slow Joe’s walking boot. For a nearly-80-year-old who broke a bone, the man seems to have very little problem navigating around without the walking cast that is supposed to remove pressure from the healing bones.  Biden broke his foot just 8 days ago, not nearly enough time for the injury to heal.

Gosh, that reminds me of something.  What could it be?  Oh, right, another decrepit sack of shit who's favorite past time was stabbing people in the back. 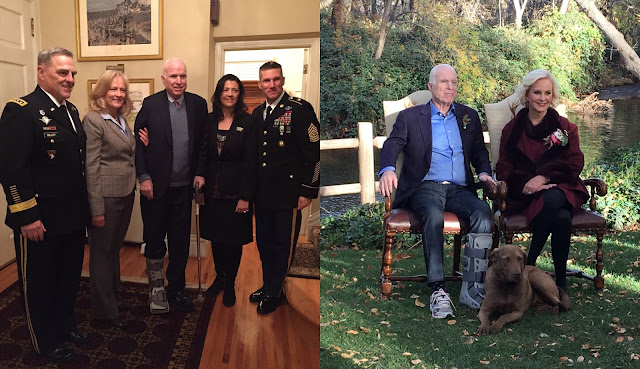 Ol' Jonny "Maverick" McCain couldn't remember what foot was "injured" either, but of course that's because he was dying from BRAIN CANCER at the time, and he lied about it in order to stay in power and keep his family in the big bucks that came rolling in because he was a corrupt shitbag.

I didn't buy the whole "Oh I tripped while playing with my dog" story, but other than the gut instinct that it was bullshit, I wasn't sure what the reason for the lie was going to be.  I think Joe the Drooling Halfwit is going to be diagnosed with cancer pretty early on.  That's if his goulish wife doesn't pull and Edith Wilson on Joe's rotting corpse, which is a strong possibility because the only reason the Biden family has money is because of Joe's corruption and pay-to-play schemes.  And Dr. Jill wants that moolah.

Posted by Ragin' Dave at 08:57
Email ThisBlogThis!Share to TwitterShare to FacebookShare to Pinterest
Labels: The Death of America, Total Corruption