The Pfizer CEO has the Kung Flu

Couldn't happen to a better person.  Maybe he should take four or five more doses of his poison.

And of course he thanked his own vaccine.

Bourla also said he started a course of Paxlovid.

And the walking piece of shit Lloyd Austin is also down with the Rona.  Again. 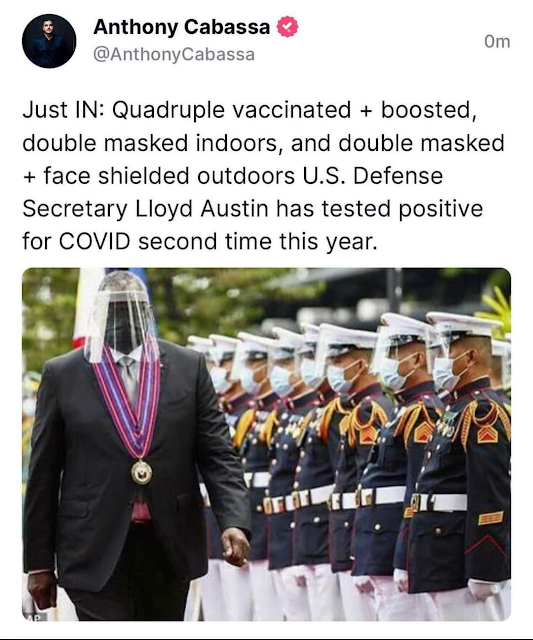 I hope that worthless military-destroying fuckstain chokes to death on the irony.

THE FUCKING JAB DOESN'T STOP SHIT!  God, I just want to hammer that fact into people's heads, only the stupid sheep who bleat about masking and getting the jab doesn't seem to be able to learn ANYTHING that contradicts their worldview or the narrative that the so desperately believe.

Posted by Ragin' Dave at 06:59
Email ThisBlogThis!Share to TwitterShare to FacebookShare to Pinterest
Labels: The Vaccine is the Virus